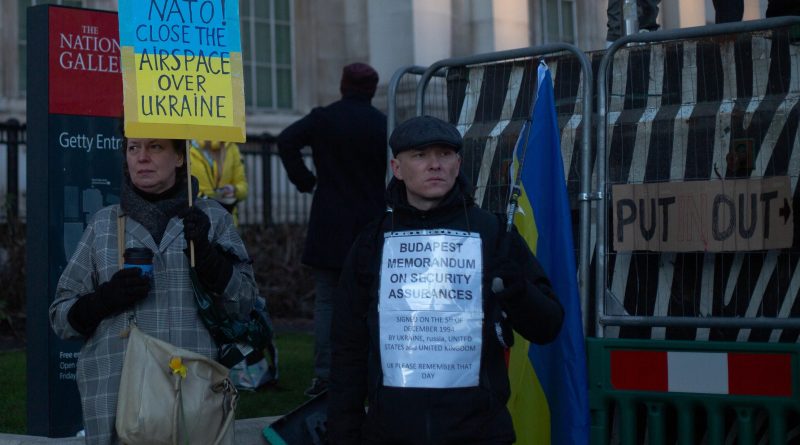 The February 24th Russian invasion of Ukraine has provoked demonstrations of solidarity from governments and societies across the world. Yet, despite admonitions by Western powers and U.S. efforts to counter Russia’s attempts to manufacture casus belli, the West failed to prevent the invasion. While Western powers acted as if Russia were merely a regional competitor to be simultaneously challenged and engaged with, countries further to the East saw Russia as an immediate and existential threat. Their fears were proven correct when Russia invaded a neighboring country for the third time in fifteen years. Western powers’ failure to properly acknowledge the threat presented by Russia has set the stage for more violence in an area that has already experienced so much of it. If the European Union and NATO truly want to create lasting peace in Europe, they need to take the security interests of all member states, as well as those who seek to one day become member states, seriously. In the immediate future, this means supporting Ukraine by doing everything feasible to help them win the war.  This support requires providing weapons and supplies, vigorously enforcing sanctions, caring for refugees, helping to rebuild, and setting up a clear, streamlined process for Ukraine to join both NATO and the E.U.

The difference between Eastern and Western European views regarding Russia has a compelling historical basis. The modern states of Central and Eastern Europe occupy a space dubbed the “the Bloodlands of Europe.” Caught between two of the 20th century’s most notorious dictators, Europe’s Bloodlands suffered the genocidal brutality of the Nazis and their local collaborators, which killed large proportions of these nations’ populations and nearly eliminated their Jewish populations. The region has also faced the cruelty of the Soviet Union, most dramatically expressed in the Katyn Forest Massacre, Holodomor, and the various “National Operations” of the NKVD. Most of these tragedies were met with indifference by Western powers at the time, partly as a necessary condition of maintaining the important alliance with the USSR to fight the Nazis. Western governments essentially consigned Central and Eastern Europe to the Soviet sphere of influence at the Yalta Conference by recognizing Soviet-backed communist governments in the region. This shared history of violence and bloodshed inflicted by neighboring countries has greatly influenced why many post-Soviet and former Warsaw Pact countries view Russia as so dangerous. To these nations, NATO membership represented a way to defend themselves against the Russian threat and join the broader European community. It is only fair that Ukraine is granted the same opportunity to protect against a neighbor that clearly represents an existential threat.

States closest to a threat understand it best. Many Western pundits incorrectly claimed that it was extremely unlikely that Russia would invade Ukraine.  Naive Western decision-makers should have heeded the advice of Eastern European leaders and recognized the threat posed by Russia. Poland, the most pro-NATO country in the alliance, has been especially vocal about its suspicions of Russia, which often drew accusations of overreaction with troubling historical precedent.  The fact that six of the ten countries that pay the required two percent of GDP for defense are in Central and Eastern Europe strongly indicates a difference in priorities between East and West.  NATO-allied countries have attempted to engage with Russia over the years by inviting Russian investment and increasing their reliance on Russian energy exports. Germany has been particularly keen on forging strong relations with the Russian energy sector even after the danger of such engagement was expressed by other countries. Cities such as London and Miami have become hubs for wealthy Russians and their money. Germany and the United Kingdom have faced scrutiny for their hesitation in applying sanctions, with German leaders going so far as to oppose energy sanctions for fear it would cause a recession. Failing to take seriously the threat Russia posed by ignoring the warnings of allied Eastern states has put many Western countries in a quandary of their own creation and has undermined the united response needed to counter Russian aggression. Fortunately, there are many things that states can do in the short and medium-term to prevent similar predicaments, including strengthening financial and banking regulations, limiting or eliminating the use of “golden passports,” and accelerating the transition to renewable energy.

Although the international mood regarding the Russian invasion has been resoundingly supportive of Ukraine, there are still wide differences in how states reacted.  Germany was initially reluctant to supply weapons before its historic reversal of policy and the U.S. was preemptively declaring what it was not willing to do in response.  On the other hand, Poland, as perhaps Ukraine’s most powerful allied neighbor, has offered assistance ranging from supplying Ukraine with its entire fleet of MIG-29 fighter jets to sending peacekeepers into the country. Poland has also absorbed more than three million refugees, with tens of thousands more fleeing to Slovakia, Hungary, and Romania. In contrast, British Home Secretary, Priti Patel, has expressed concern that waiving visa requirements might open the door for “extremists.” In a welcome development, the Biden administration approved plans to admit up to 100,000 refugees, although persistent problems with the U.S. immigration system make migrating difficult. Western states continue to issue statements of solidarity but have failed to muster the political will to take more concrete measures.

While sending NATO soldiers to fight in Ukraine would be unwise, any military aid short of direct combat involvement should be considered. It is important for justice and for international law that there not only be peace but that it be on Ukrainian terms. Anything else would serve to reward aggression. Entry into NATO or the E.U. should remain a viable option for Ukraine, and countries should swiftly reduce barriers for refugees while being mindful of future entanglements with malign actors. Finally, Western countries should recognize that peace in Europe must be predicated on mutual respect and security consideration for all states, not just those in the West.