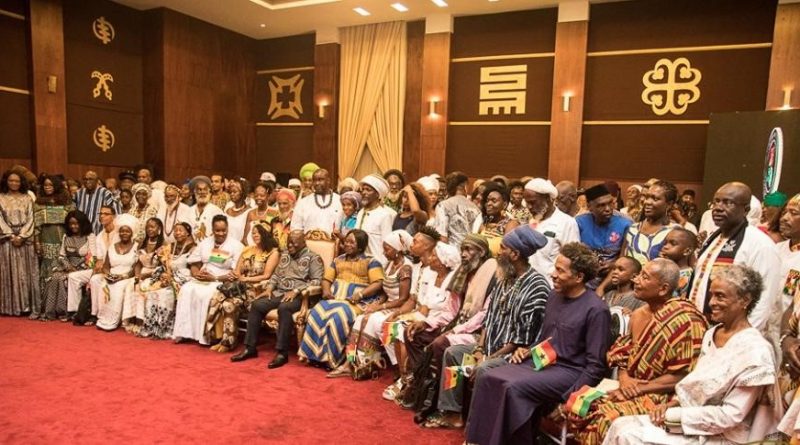 In 1999, former president of Benin, Mathieu Kireka, fell to his knees, begging the African diaspora for forgiveness for his country’s role in the Transatlantic Slave Trade, a trade that affected the lives of millions of Africans. A decade later, 2019 was named the Year of Return, by the West African country of Ghana, marking the 400th anniversary of the start of the Transatlantic Slave Trade.

From 1619 to the abolishment of slavery, approximately 12 million Africans were enslaved but the exact number is unknown as many did not survive their capture or the journey across the Atlantic known as the Middle Passage, with some estimating 15 million, others up to 25 million Africans.

In recognizing their role in ‘one of the darkest chapters in human history,’ Ghana has begun the process of welcoming the African diaspora home, embodying the Ghanaian saying, “What is lost at sea is returned by waves.”

In the United States, Black people  have long been denied access to housing and economic opportunity. They have also faced staggering health disparities. Today, the leading cause of death for Black men is getting killed by police officers. Beyond the United States, the majority of the world’s poor, 70% of people worldwide with HIV, and most of the world’s out-of-school children are African. Racism and prejudice both served as drivers for slavery and colonialism and countries have since been seeking to address these adverse effects of such actions.

Slave-trading states, France, the Netherlands, the United Kingdom, and the U. S. have all taken some action to acknowledge their role in the slave trade through verbal apologies or formal recognition. But none have done much to rectify the acts for which they are apologizing.

Like Ghana, other African countries, have either taken action or have attempted to take action to take accountability for their role in the slave trade. Benin apologized to the world for their role in the slave trade and held a Leaders’ Conference on Reconciliation and Development, inviting world leaders to  apologize, which encouraged then-president of Ghana, Jerry Rawlings, to follow his lead. Both Nigeria and Uganda have encouraged tribal leaders to apologize for their role.

What had long kept African nations from even acknowledging their role in the slave trade was sheer denial. The former mayor of Accra, Ghana – Nat Amarteifio – expressed that Africans had chosen to forget their role in the slave trade, allowing larger slaving empires like the United States and Europe to take full blame. Amarteifio expressed, “They created a mythology that we were innocent bystanders whose land was raped by Europeans.”

Regardless, due to their key role in the slave trade by hosting the majority of slave dungeons along the Gold Coast, Ghana felt that the best way for them to take accountability for their actions was to lead the charge in inviting the descendants of their ancestors back. In 2000, Ghana passed the Right to Abode law, allowing anyone of African descent to live in Ghana indefinitely.

Then in 2006, they began Project Joseph, an initiative inviting the African diaspora to Ghana, linking Ghana to the diaspora as Israel is to the Jewish diaspora. Since then, about 3,000 people of African descent have moved to Ghana and most recently, over 100 African-Americans and Afro-Carribeans were granted Ghanaian citizenship.

Celebrities, politicians, and world leaders visited Ghana during the Year of Return for speakers series, music festivals, cultural expositions, and more to highlight Ghanaian culture for returnees. But beyond their moral compass, steering them in the direction of launching the Year of Return, what other motivations did Ghana have? Since the start of the Year of Return, Ghana has seen a boost in tourism, with approximately 750,000 arrivals and a total of $1.9 billion were generated, compared to 380,000 arrivals in 2018. This campaign has also served as an incentive to bring educated returnees to increase human capital.

The year 2019 is over but the push for members of the African diaspora to return ‘home’ remains. This campaign fell within the United Nations’ Decade for People of African Descent, from 2015-2024. Objectives for this decade include, 1) promoting respect and fulfillment for all fundamental freedoms of people of African descent; 2) promoting greater knowledge and respect for contributions of people of African descent to the development of societies; and 3) to adopt and strengthen legal frameworks for the full implementation of the Durban Declaration and the International Convention on the Elimination of All Forms of Racial Discrimination.

The UN has also declared March 25th as International Day of Remembrance of the Victims of Slavery and the Transatlantic Slave Trade and UNESCO has made August 23rd the International Day for the Remembrance of the Slave Trade and its Abolition, both serving as permanent reminders of how the world failed its Black counterparts but also of how we can move forward. The UN has even erected a permanent memorial known as The Ark of Return, to honor the victims of the slave trade. 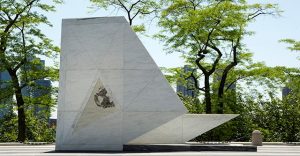 It may be too soon to pass judgment on the success of Ghana’s Year of Return, but it is a step towards all actors involved in the slave trade taking full accountability for the centuries-long disenfranchisement of Black people around the world. Beyond the economic and political gains that can be acquired from campaigns like this, 2019 was a reminder that it is never too late to right the wrongs of history.