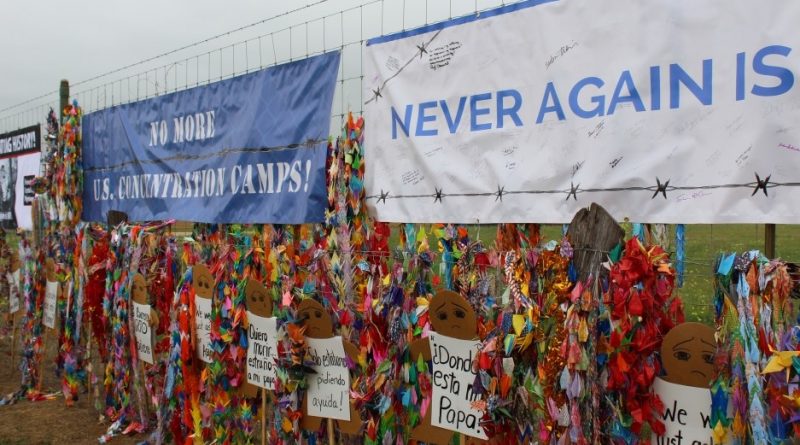 Following a dictator or other authoritative government, new democracies are often faced with the task of accounting for state crimes committed by the preceding administration.  This process of transitional justice is always complicated as new leaders try to balance justice with the needs of their constituents, available judicial powers, moral flavor of their new regime, and international pressures to follow punitive norms.

At some point, the US will need to address crimes committed by the Trump administration.  Hopefully, the transition to the next American leadership will be significantly less dramatic than normal situations wherein countries must exact transitional justice, (meaning the US will enjoy a functioning judicial system and other state structures without interference from outgoing authorities) but the need to confront state misdeeds will nevertheless remain a potent obligation.  While procedures are ongoing to investigate individual misconduct by multiple members of the administration (including the president himself), the issue of crimes committed by the state as a system will also compel a reckoning.  This piece first examines the Trump administration’s current immigrant detention policies, specifically the family separation polity and conditions under which detained immigrants are imprisoned and then asks “what next?”

Much has been said about the notoriously inhumane conditions at American immigration detention centers.  From systemic failures such as lack of hygiene items to lack of medical care resulting in twenty-four deaths of immigrants in ICE custody under President Trump, including six children.  Congress and other agencies have expressed concerns about the legitimacy of the “zero tolerance” detention policy and its resulting policy of separating parents from their children.  Certainly current operations fall outside international standards for detention and have drawn international condemnation, degrading the US’s moral authority to enforce human rights across the globe.

How will the next administration apply justice to the architects and executors of the policy, achieve justice for its victims, and demonstrate to Americans and the world a renewed commitment against such abhorrent policies?  First, congress must pass new laws to ensure future executive branches cannot reinstate current detention policies.  This should include a renovation of the immigration system as a whole to set conditions to better address refugee surges in the future.  This includes an expansion of the US Code’s definition of a “refugee” to include those fleeing from general unrest or other widespread violence in their home of origin.  Following Japanese-American internment during WWII, no laws were approved to bar future lawmakers from repeating the sins of the past.  Only in the last three years have members of congress introduced legislation to prevent such incarceration policies against US citizens.  This bill must be amended to include language addressing incarceration of those under state power, regardless of their citizenship, and congress must approve it.

Next, congress must finalize investigations into the legality of the Trump policy in the first place, followed by investigations into individual misconduct and abuses at detention sites.  Attempts to investigate the legality of the order authorizing such detention, including which laws were broken and by whom, as the policy was published and executed have been repeatedly blocked.  A full investigation will finalize which public leaders have earned censure for their actions and lay groundwork for potential trials.  Prosecution or other punishment against those responsible for abuses and abusive policy are essential to correcting the country’s moral transgression on human rights.  After removing powerful protectors, investigations into individual abuses should move smoothly, especially in venues where jurisdiction of individual states applies.

Third and least politically popular, the US must look at reparations for those who have been victimized by the Trump policy. This must first include aggressive action to reunite severed families, followed by full medical support to all former inmates. Medical attention needs to include both attention to malnutrition, hygiene issues include delousing and dental attention, as well as mental and post-traumatic stress support. Children traumatized by inhumane treatment following separation especially need professional support to process their experiences.  Finally, these immigrants’ requests for entrance into the US, regardless of their original method at attempt to enter the US, must be reviewed without delay with an eye to fast-tracking their petitions.  Many of these people left violence in their home countries to travel to a country they believed held itself to higher standards.  We owe it to them and to ourselves to renew and uphold that trust.

Admittedly, these are all expensive courses of action.  However, I argue they are necessary for our next administration to reestablish America’s dedication to human rights and demonstrate a repudiation of behavior which strays from those virtues.  There can be no price on human dignity if we are to retain it, and unlike many post-conflict or developing countries trying to institute reparative justice, the United States has the purse to actually enact these gestures of penance.  Doing so would not only work to restore dignity to American institutions, but enrich our society through the inclusion of new residents and confirm our commitment to the defense of human dignity on the international stage.

Following an investigation into the legitimacy of the US’s misguided Japanese Internment program during WWII, in 1988 President Reagan authorized reparations paid to survivors of resettlement.  Let us now resoundingly confirm our obligations to all those who are in our care, citizens or not.  Let us exorcise those responsible from power (whichever level of power they hold), let us validate our country as one governed by laws protecting humans from this kind of mistreatment, and let us apologize and ask forgiveness from not only those we have wronged, but to future generations of Americans.

Eleanor Baldenweck is a graduate student at the School of Diplomacy and International Relations at Seton Hall after twelve years of active-duty military service.  She is particularly interested in international security and conflict management.  She enjoys reading (and ranting about) the news.