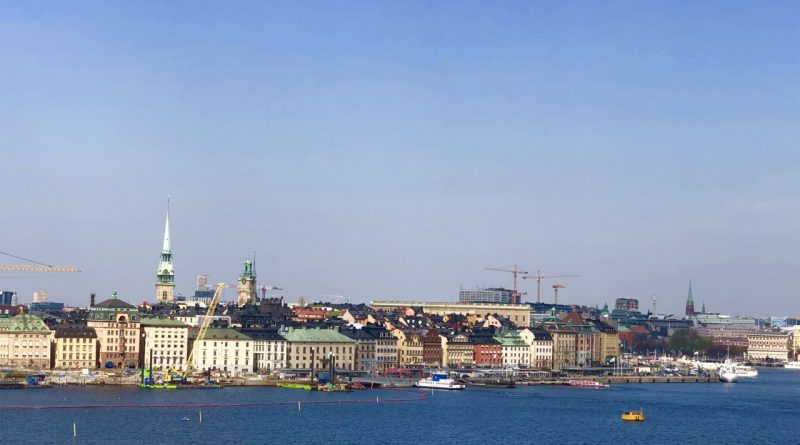 Sweden is in the vanguard of gender equality: Swedish women won the right to vote in 1919 and today, women represent 46% of the parliament and 50% of the government’s cabinet with equal representation at other layers of government as well. Gender discrimination has been illegal since 1980.

When it comes to the United Nations Sustainable Development Goals, Sweden has proven itself a leader in the implementation of the 2030 Agenda – both nationally and globally. Vaxjo became the first city in the world to set the goal of becoming fossil-fuel free by 2030, and as a whole, Sweden leads the way in recycling producing the highest share of its energy from renewable sources.  Overall, Swedes are conscientious about the environment.

Over the last century, Sweden has achieved impressive progress in multiple areas.  These successes perhaps have their roots in the concept of Jantelagen, or the law of Jante. This law is informal and suggests that no one is better than anyone—from the CEO to the janitor, everyone is equal. The law of Jante is reflected in the societal behavior of Scandinavian countries: Finland, Sweden, Norway, Denmark and Iceland. This popular social code emphasizes collective accomplishments and well-being and disdains focus on individual achievements.

The underlying principle of the law of Jante is that an individual does not think herself/himself to be special or better than others. The tendency of the collective is to devalue anyone who thinks she/he is superior. Thus, employees at all hierarchical levels have different privileges and duties, but maintain the same level of equality—this remains a cornerstone of Swedish culture. Consistent with the law, hierarchies in organizations are horizontal. Academic or professional titles only denote different roles, yet the climate is informal and fair. Even professors and doctors typically want to be called by their first name. It is an equally important part of this law not to show too much self-pity. So, one should not tell anyone about her/his bad luck or how miserable she/he is. The law of Jante makes people have their feet on the ground, despite their achievements or social position, and it will not allow anyone to feel inferior either.

The concept of power distance is defined as the extent to which the less powerful members expect and accept that power is distributed unequally. Thus, power distance gauges the strength of societal social hierarchy. In societies with a low power distance, individuals tend to try to distribute power equally. According to Hofstede Insights, Sweden scores low in this dimension. Some characteristics of low power distance are equal rights, accessibility of superiors, and managers that facilitate and empower their teams. Power is decentralized and communication is direct and participative. On the other hand, Sweden scores high for individualism, which means individuals are expected to take care of themselves and their immediate families only. Professional relationships are merely contracts based on mutual advantage, hiring and promotion decisions are supposed to be based on merit only.

Despite its traditional image of a collectivist social democracy, Sweden invests in human capital and maximizes individual autonomy, which is key to the vitality of the country’s economy. Sweden is at the top of international ranking lists both in terms of economic clout and quality of life. In Sweden, a high-trust society, the state is viewed more as a friend than foe. At the heart of this social compact lies the Swedish balance between independence and equal individuals. Sweden’s position as one of the world’s most highly developed post-industrial societies looks fundamentally secure. Unemployment is low and the economy strong. Public-private partnership is at the core of the Swedish model, which was developed by the Social Democrats, who governed for most of the 70 years up to 2006. As of today, the Swedes still enjoy an advanced welfare system, and their standard of living and life expectancy are among the highest in the world.

One can assume that the mentality of ‘we are all the same and equal’ that diffuses throughout Swedish society has enabled them to excel in everything they do. This sense of justice and equality inherent in the cultural consciousness, yet often invisible at the individual level, has led Sweden to strive collectively reaching extraordinary standards. The ‘do not think you are better than anyone’ should be replicated especially in those countries in which the culture of overachievement causes stress, anxiety, burnout, depression and societal disunity. The misconception that racking up achievements and accolades is more important than happiness and wellbeing should be replaced by underachievement and the law of Jante.

According to the law of Jante, I do not to think I can teach you anything. However, I believe useful insights can be gained from the Swedish model, especially when we recognize that the Western mindset of winning no matter what has proven to be ineffective in bringing happiness. In March 2019, on the International Day of Happiness, the Happiness Research Institute released its latest World Happiness Report. This report focuses on happiness and the community – how happiness has evolved over the past 12 years. As usual, Scandinavian countries rank among the ten happiest countries. In spite of its economic success, the United States ranks 19th, lagging behind European countries which offer a more homogenous balance between the rich and the poor, bringing more cohesion and trust between people.

Everyone says they want the world to be a better place–belonging to a trusting, supportive community, as in Sweden, may be the solution to that. Adapting and integrating a collective mindset and the law of Jante would increase a sense of cooperation and collectivism, and therefore, contribute to more happiness. The law of Jante is not a criticism of individual success and achievement as unworthy and inappropriate. It just places all emphasis on the collective, while discouraging those who stand out as overachievers as their actions could go against a community’s desire to preserve harmony, social stability and uniformity. Swedish focus on ‘the collective good’ is one of the reasons Sweden has been successful in so many areas.

Patricia Zanini Graca holds a Master of Arts in Diplomacy and International Relations, an MBA in Business and Marketing and a Post Graduate Certificate in Management Development. Her interests are human rights, gender equality and corporate social responsibility. Patricia is a Project Assistant in the Europe and Central Asia Division at DCAF. Her views and opinions are personal and do not represent her current or prior employers.