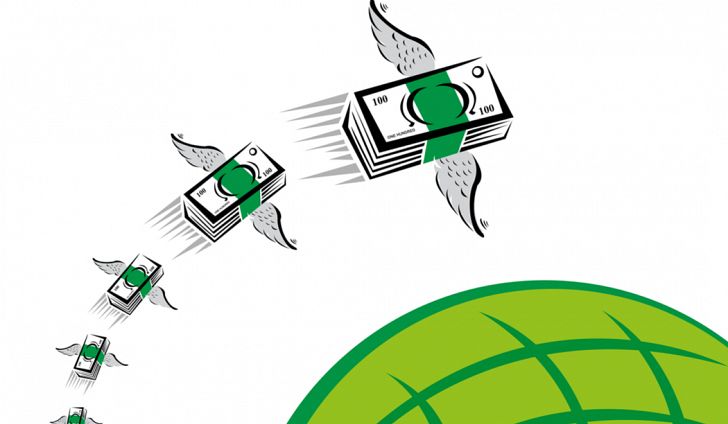 Emerging powers such as China, India, and Brazil offer attractive incentives to their diaspora populations abroad for resources such as knowledge transfers, investments, and remittances.  The Chinese government has set up an Overseas Chinese Affairs office tasked with counseling Chinese diaspora members and matching their funds when they invest in local Chinese companies. India coordinates government-diaspora outreach activities through its Ministry of Overseas Indian Affairs and for those Indian diaspora members who are thinking of establishing their own businesses in India, expert advice is provided by the Ministry. Brazil utilizes easy-to-use money transfer systems (where the beneficiary doesn’t have to pay any fees or taxes to withdraw the money) as well as e-banking and cell-phone apps to ensure transfers can reach every corner of the country. Indeed, the resources have proven to be quite helpful for the emerging powers, but they may not be necessary for their survival.

Ironically, in the Horn of Africa (HOA), one of the poorest and most volatile regions of the world, such diaspora resources are difficult to come by due to lack of governmental support, high taxes and red tape, internet usage restrictions, and lack of technical know-how. And unlike the previously mentioned emerging powers, countries in the Horn of Africa are highly dependent on such resources. It is estimated that in Somalia, for example, that 40% of the population relies on remittances for income. Somalian families simply cannot survive without these remittances. But there is no formal banking structure or governmental policies to effectively support diaspora remittances. As a result, Somalia has turned to other means of money transfer, namely hawalas, that have earned a bad reputation and have been accused of funding terrorism. Hawalas are informal nationwide arrangements known as money service businesses (MSBs). In 2013, UK’s Barclays Bank cut ties with Somalia’s MSBs in reaction to such suspicions. Most other Western banks did the same either before or right after Barclays. These actions have made it very difficult for Somalians to receive funds, especially in a legal way.

Lack of remittance support is but one major downfall of the Somali government in diaspora affairs. The political and security wariness of the region strongly discourages diaspora populations to invest as they fear for the safety and security of their money. And as far as knowledge transfer is concerned, many Somalis abroad are still unable to return home to help develop and rebuild their county after the 1991 governmental collapse as the opportunities are still few and the conditions unfavorable with the nation still in turmoil. The United Nations, USAID, national governments such as the US and other international organizations could likely save substantial money if functional structures were implemented in Somalia and the other HOA countries. Furthermore, the diaspora populations would have better opportunities to send money, invest, and transfer their knowledge to help rebuild their mother country.

Michaela Wrong from Foreign Policy argues that a major reason that Hawalas are used instead of Western Union is because of the high taxes that come with Western Union transactions in Somalia. To her, Western Union could have a meaningful franchise opportunity if it would lower its taxes. Furthermore, Western banks cutting off ties to Somalia’s MSB’s will lead to further insecurity, shadiness, and corruption as money transfers will be forced to become even less transparent and unaccounted for.

Ali Gutale writes in the Guardian that international banks ending their ties with Somalia is not only a reminder to the government that, “their financial system is desperately in need of fixing” but also a further challenge for Somalian diaspora to get money home to their families. Going forward, he believes cutting remittances will affect Somalia worse than civil wars and that remittance companies should form an umbrella coalition to foster better transparency and security of transactions.

Katy Migiro, argues in Reuters that US negligence to match efforts of other Western countries to help Somalia with its banking and transparency issue is actually going to end up costing a lot more money in aid than is already being given. This is due to the strong reliance of remittances and she points out that a strict cutoff of remittance flow is sure to deepen the devastation of the war-torn country and cost other governments, like the US, as well as international organizations more.

The editors of The Economist argues that Iraq is finally emerging from the wreckage of the 2003 Amercian invasion.

Patrick Kingsley of the New York Times provides an in-depth report on the state of Hungarian democracy in Victor Orban’s self-declared illiberal.

Natalie Nougayrède, a columnist for the Guardian,  claims the show of European solidarity in the aftermath of the poisoning of Sergei Skripal illustrates the absurdity of the Brexit.