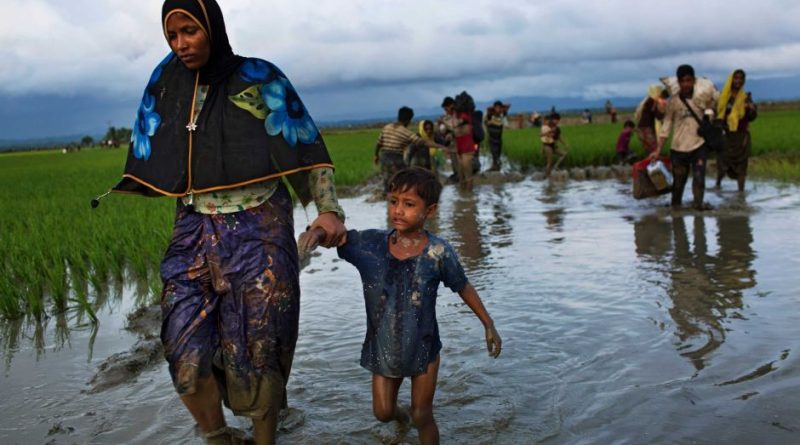 This month was certainly not the first time the Rohingya faced persecution at the hands of the government of Myanmar, but it was a significant escalation. In response to an attack by the Arakan Rohingya Salvation Army (ARSA), A Rohingya militant group, on August 25th Burmese Security forces began a crackdown on what they claimed to be insurgent fighters. The counter-insurgency offensive and its subsequent escalation led to a max exodus with 100,000s of Rohingya fleeing over the border into Bangladesh. Those fleeing have claimed the army’s campaign is targeting civilians by putting whole villages to the torch, a fact corroborated by satellite images from Human Rights Watch. As more refugees escape Rakhine, so do more stories of beatings, executions, and rapes at the hands of the army.

Some analysts claim this outbreak of violence, that may border on genocide, is a long time coming. The Rohingya have long been maligned by the Burmese government, which does not recognize them as one of Burma’s 135 ethnic groups, preferring instead to label them foreign interlopers from Bangladesh. The Rohingya are also derided for their Muslim faith. Radical Buddhist monks, like those of Ma Ba Tha, have often railed against them claiming they are invaders who wish to conquer the country, steal Burmese women and Islamize their culture. Since the country’s transition to democracy, there has been a surge in Buddhist nationalism that has heightened tensions, with anti-muslim pogroms erupting sporadically. As conditions deteriorated many international observers became more alarmed, a mission from the United States Holocaust Museum in 2012 found that “many preconditions for genocide are already in place.”

As more and more information leaks out of Rakhine, the international community has been horrified and condemned the violence. Secretary-General Guterres, the Dalai Lama and a host of other world leaders, have condemned the violence. In capitals across the Muslim world, many have rallied in the streets in solidarity with the Rohingya. Turkish President Erdogan even went so far as to say the government of Burma is committing genocide. On Monday Zeid Ra‘ad al-Hussein, the United Nation’s High Commissioner on Human Rights told the  Human Rights Council in Geneva this was a “textbook example of ethnic cleansing.”

One of the most striking elements of the crisis is that the de-facto leader of Myanmar, Aung San Suu Kyi, a Nobel laureate, whose vigil for democracy, widely praised by the international community, helped lead Myanmar out from military rule, is now accused of being complicit in genocide. Although she lacks the formal power to rein in the military, some believe her voice could pull the situation back from the brink. Many of her fellow Nobel laureates including, Malala Yousafzai, and Archbishop Desmond Tutu, have pleaded for her to intercede on the Rohingyas behalf. So far, she remains silent.

In this week’s Diplomacy Brief we have compiled some opinions pieces on this humanitarian and moral disaster.

Opinions on the Rohingya Crisis