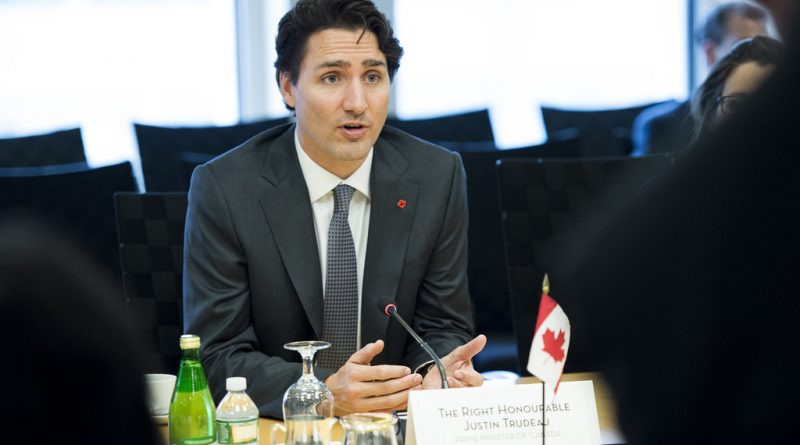 May the Fourth be with Your Socks

During a meeting with Irish Taoiseach Enda Kenny on “Star Wars Day,” Canadian Prime Minister Justin Trudeau showed off his socks depicting the characters R2D2 and C3PO from the franchise. The New York Times discusses Trudeau’s sock choice as a political tool that reinforces his image as a “new-gen world leader.” This humanizes him among the electorate and sends the message that he understands many of the concerns among those he represents.

Break out the Macarons for Macron

After winning the French presidency, centrist-independent Emmanuel Macron has vowed to unite a “divided and fractured” France. The Guardian reports that his victory is hailed as a push against populism after the Brexit vote in the UK and the election of Donald Trump in the US. Even though the margin was so wide between Macron and Marine Le Pen, her results marked a historic high for the French far-right.

It’s Tough to be a God

On the island of Tanna in the South Pacific, there is a cult who worships Prince Philip, the Duke of Edinburgh, and they believe it was the announcement of his retirement this week that triggered a tropical cyclone. The small cult worships him as a god, and they see his retirement from public service as attaining a higher level of taboo which solidifies his sacred status, reports the Belfast Telegraph. The cult emerged in the 1950s, but it grew immensely after Queen Elizabeth’s and Prince Philip’s visit to Vanuatu in 1974.

An outbreak of yellow fever in Brazil has caused residents to begin killing monkeys in fear that they transmit the virus, says CNN. Yellow fever, which is actually spread through mosquitoes, has been on the rise since December. According to experts, howler monkeys are extremely vulnerable to the disease and are actually one of the first warning signs that yellow fever is spreading.

The peace talks between the Syrian government and the opposition are expected to reconvene on May 16th in Geneva, says United Nations mediator Staffan de Mistura. It is Mistura’s hope that the “de-escalation” zones in Syria are agreed to by Russia, Iran and Turkey and will be fully implemented, reports Reuters.

What woman used pins as a way of conveying diplomatic and political messages?

Patricia Mace is a third semester graduate student at Seton Hall University. She is currently pursuing her master’s degree in Diplomacy and International Relations with a specialization in global negotiation and conflict management. She received her undergraduate degree in History, Japanese, and International Relations from University of Delaware.