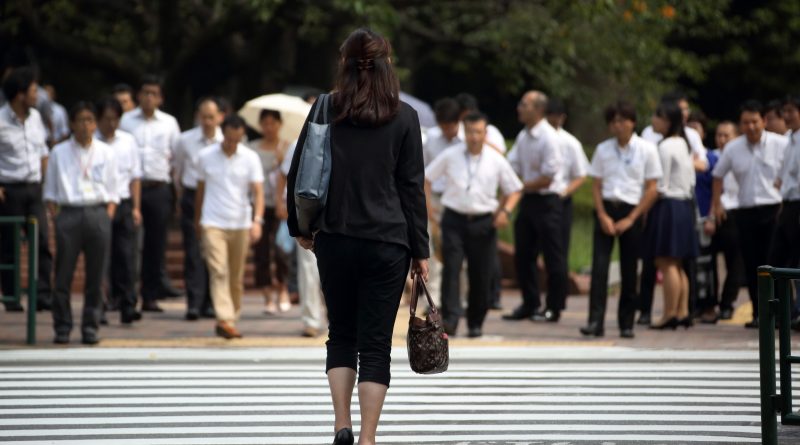 Japan is facing an unprecedented economic and demographic crisis. By 2050, it is expected that the Japanese population will decrease by 22%-23% with its elderly (65+ years) accounting for 40% of the population. Globalization has heightened these concerns. The changes brought by globalization have required many countries to undergo structural reforms, but what these reforms look like has been a point of contention.

The Japanese government has identified women as critical to solving both the economic and demographic challenges Japan is currently facing. There have been pushes by the Japanese government to increase female labor participation as well as to encourage women to have more children. Many have pointed out the seemingly contradictory nature of these goals considering most women see having a career and having a family as mutually exclusive in Japan, but what they have failed to recognize is the bigger issue at play. The question posed up until now has been, what is Japan’s one underutilized resource that can solve all these problems? Women. This type of thinking fails to recognize the overlap of these issues and it places the burden of responsibility solely on women. The better question is how can we change the structure and culture of our society to encourage both men and women to have equal opportunities and a better work life balance?

It may sound idealistic, but in order to find solutions to Japan’s current problems, we need to change the discussions surrounding these issues. Yes, women are Japan’s largest underutilized resource. No, they alone cannot solve the structural problems Japan is facing due to a shrinking age population and the changes brought about by globalization. While the Japanese and international media have extensively covered the issues and consequences surrounding Japan’s rapidly ageing population as well as the unwillingness of Japanese young adults to get married and have children, there has been little more thought given to how these issues are connected.

The Japanese government has successfully identified its declining birthrate and ageing population as barriers to Japanese economic growth, and although Prime Minister Shinzo Abe’s ‘Womenomics’ is well intended, it is simply not enough. Japan, in the wake of these challenges, needs to not only change the gender roles surrounding work, family, and leadership, but also needs to reconstruct a culture centered on work-life balance. Changing the structure of a society as well as its culture is no easy task, but without these necessary changes, the Japanese economy and population will continue to dwindle. Japan needs to find better ways to combat gendered social pressure as well as create policy that promotes a better work-life balance for everyone. Below, I outline the two ways to improve female livelihood in Japan:

Social pressure continues to be identified as one of the main reasons why women leave the workforce as well as why women are not having more children. Japan’s traditional family structure and the general acceptance of men as breadwinners and women as loving mothers has made young people apprehensive to get married and start families. Female pressure is particularly heightened as it is presumed if a woman is unmarried and over twenty-five she is a Christmas cake and past her expiration date. The recent phenomena of ikumen gives hope that society is recognizing the need for men to take on a more active role in the home and to help with childrearing activities; however, statistics have shown women continue to do five times as much housework as men. In 2014, the OECD surveys found Japanese men to be the most unhelpful in the world. Japanese men also have a vital role to play in the situation and must continue to collaborate with their female counterparts to boost Japan’s economy and overall wellbeing.

The Japanese government has had some success with ‘Womenomics,’ particularly in regards to female labor participation. In 1999, Japan had the lowest female participation rate of any developed country at 57%. Japan’s current female labor participation rate is at an all time high at 66% surpassing the United States. Where Japan continues to lag is with female leadership. Japan has yet to have a female head of state, and women typically occupy few government positions. Abe’s goal of getting women into 30% of Japanese management positions by 2020 has been lowered to 15%. In order to increase female work participation as well their involvement in leadership roles, something has to change. Three male governors in Japan recently donned “pregnancy” vests in a campaign to urge men to take on a greater role at home. Kyushu Yamaguchi Work Like Promotion Campaign released a video of the governors hoping to encourage men to take on a greater role in the home. The overlap of these issues is undeniable, but in order to create meaningful change, it needs to come from all sides.

There is much to be done to solve the issues women are facing in their professional and personal lives in Japan. Through implementation of strategies such as those mentioned above, Japan can begin to move towards a path of female empowerment and greater economic prosperity.

Patricia Mace is a second semester graduate student at Seton Hall University. She is currently pursuing her master’s degree in Diplomacy and International Relations with a specialization in global negotiation and conflict management. She received her undergraduate degree in History, Japanese, and International Relations from the University of Delaware.