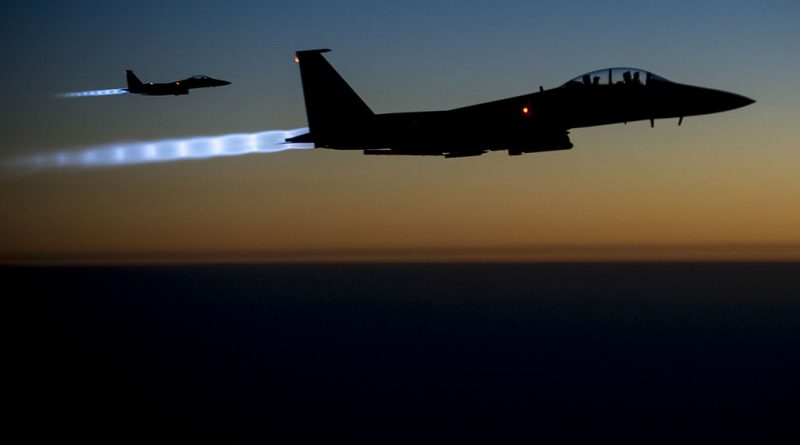 This is a special edition collaborative blog post in response to the U.S. airstrike in Syria.

Thursday night, as Americans readied themselves for sleep, news broke that the United States had launched 59 Tomahawk missiles from the Mediterranean, striking a Syrian air base. President Trump ordered the airstrike in response to the Syrian regime’s April 4th chemical weapons attack, which killed scores of civilians. These horrific events have altered the administration’s previous stance, in which White House Press Secretary, Sean Spicer, stated that it had dismissed its call for Bashar Al Assad’s resignation. Now, President Trump contends that, “These heinous acts by the Assad regime cannot be tolerated. The US stands with our allies across the globe to condemn this horrific attack.”

The airstrike represents a pivot for President Trump, who had previously voiced support for President Bashar Assad as a partner in the fight against ISIS. The Syrian civil war, which began as a brutal crackdown in response to civil unrest, has been highly politicized as regional and world powers with competing interests debate the merits of intervention and humanitarian strategies. The advent of ISIS and the refugee crisis further complicated the debate as more and more actors were drawn into the conflict directly or indirectly.

Though President Trump’s first months in office have proved divisive, the U.S. airstrike on Syrian military airfields has received support from many Democratic and Republican officials. The strike came shortly after Hillary Clinton stated her view on Thursday that the U.S. should take action in response to the apparent chemical attack by Assad forces. Those who voiced support noted that the Department of Defense had acted on strong intelligence and that the airstrike was designed with proportionality in mind. Past proposed action against the Assad regime was often dismissed due to concerns of geopolitical fallout should such actions anger or threaten Russia. The Trump administration, in an attempt to minimize this risk, gave Russian officials prior warning before carrying out the strike.

Support of the airstrike has cut across partisan lines, however not all politicians are rallying behind the administration’s decision. The world has responded with mixed reactions as well. The airstrike has the potential to complicate an already volatile situation in Syria, and the unilateral nature of the strike raises concerns about state sovereignty and further escalation.

The airstrike could also have strategic implications beyond the Middle East. Not only could the airstrike represent an effort to deter Assad, the Trump administration could also be signaling to North Korea that states that engage in rogue actions, in violation of international norms, will face punishment. Secretary of State, Rex Tillerson delivered a blunt statement in response to North Korea’s missile launch last week, saying the, “The United States has spoken enough about North Korea. We have no further comment.” The airstrike in Syria may indirectly send a very direct message to Pyongyang about U.S. toleration of its provocative actions.

The strike’s timing is also particularly interesting given President Trump met this week with China’s Xi Jinping. The missile launch could be interpreted as a message not only to North Korea, but also as a signal to China that the United States is not afraid to take unilateral action. If China is not willing to put pressure on North Korea, then the U.S. may have to act alone. President Trump told Prime Minister Shinzo Abe in a phone call that “all options are on the table” to address provocations by North Korea, including military action.

Going forward much will depend on how the airstrike fits into the administration’s long-term plans for the region. The administration has framed the airstrike as a punitive move, aimed at deterring future chemical attacks, rather than a step toward regime change. In providing prior warning to Russia, the U.S. has curtailed some of the geopolitical risks inherent in Syrian engagement. However, the strike has created a high degree of uncertainty. The Trump administration’s desire to deter Assad does not represent a major divergence from the aims of the Obama administration, which armed and trained moderate Syrian rebels, but it does reveal Washington’s willingness to take direct action against the Assad regime. Should Assad retaliate, President Trump will need to decide between backing down and further escalation.