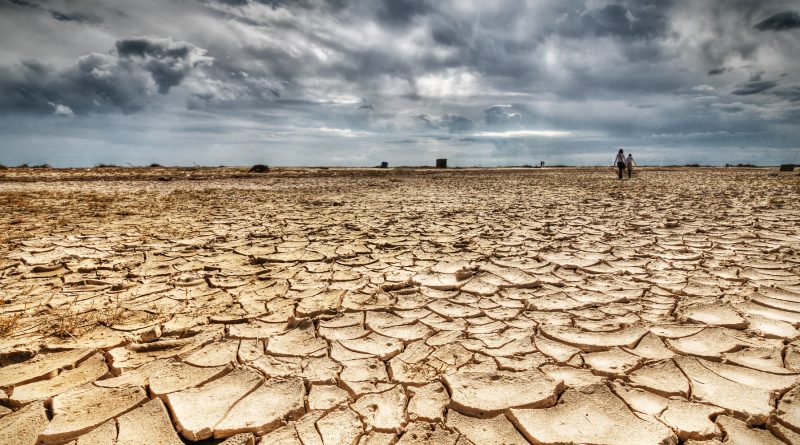 Water. It is essential for survival. Phrases often used to describe water are: “life’s sustaining resource” and “precious commodity.” Yet, regrettably, in many parts of the world today this precious commodity is critically scarce. There is a host of contributing factors that have increased water scarcity: conflict, a burgeoning global population, and the increasing strain that irrigation utilized for agriculture in regions like the Middle East, Africa, and Asia has placed upon this finite resource. Moreover, the altering effects in weather patterns due to climate change has seen an increase in the number of droughts adding to the world’s diminishing supply of water.

The evidence overwhelmingly supports the facts in this case. It is well-known that 75% of our planet is covered by water; however, only 3% is potable. A resource thought to be infinite is not. In addition, consider that today there are 1.8 billion people around the world who do not have adequate access to fresh drinking water; 2.7 billion people find themselves residing in areas of the world where water remains scarce for at least several weeks of the year. Improper sanitation confronts another 2.4 billion people causing significant health-related issues seeing 2 million children die every year. Analysts estimate that by the year 2025 66% of the world’s population will face water deficits.

The sum of these factors leave policymakers with some very difficult challenges now, and in the years ahead, with respect to how they are going to confront the security challenges posed by water scarcity. This issue threatens to pose greater instability to regions of the world already facing very serious problems.

The global water scarcity/security dynamic has not escaped the attention of the U.S. government, as 2017 has witnessed this issue becoming more acute. For the first time, the U.S. president is mandated to present a Global Water Strategy to the U.S. Congress this fall. The Senator Paul Simon Water for the World Act of 2014, named after the late-Illinois senator who was a champion of this issue, calls upon many of the U.S. federal agencies to cooperate and take a leadership role in addressing this matter.

One of the key components of the strategy is finding ways to avert and remedy the problems related to conflicts created by water scarcity. The group Water 2017, founded by John Oldfield who has focused on this issue for many years, seeks to shine a bright light on this matter by calling upon the president to prioritize global water security by incorporating it into U.S. national security strategy.

In January 2017, the National Intelligence Council released its report titled Global Trends: Paradox of Progress, where it cites that by the year 2035 at least 30 states – primarily in the Middle East – will find the demand for water the greatest due to its diminished capacity. The political, economic and social discord within these countries will only exacerbate the chance for conflict because of water scarcity.

The instability in these regions is a direct threat to the strategic interests of the U.S.. The NIC report only seeks to heighten the importance to the U.S. of integrating water as a key component of its national security strategy. The evidence is quite clear that the fragility of our environment requires significant attention, focus, and resources to address the issue. By not addressing the matter now will see it continuing its downward spiral posing even greater threats in the years ahead.

Based on figures from the United Nations Department of Economic and Social Affairs, the global population is projected to approach 10 billion people by the year 2050. With such exponential growth, the chances for conflict are greater as water stress in many parts of the world will only rise.

While the Middle East is deemed the number one hotspot for water-related conflict, the Horn of Africa as well as Central, South, and East Asia also face difficulty specifically due to its unforgiving geography and weather patterns. From 2006 -2010, Syria experienced a severe drought amid a violent civil war. This inflamed an already dire situation causing an increase in the number of internally displaced persons to flee not only the conflict but also to seek access to water.

Yemen, Pakistan, Iraq, Egypt, Nigeria, Somalia, Libya, Afghanistan, and Iran are all countries facing problems of water insecurity and are states with significant strategic and geopolitical importance for the U.S.. With such dire warnings and predictions, it is incumbent that the U.S. make water security a central part of its foreign policy.

Water is a commodity that we in the U.S. and the developed world take for granted. However, there are no assurances that “life’s sustaining resource” could not equally become as scarce for us as well. Even more reason for action to be taken now.

3 thoughts on “Water Scarcity and the Global Security Challenges ”