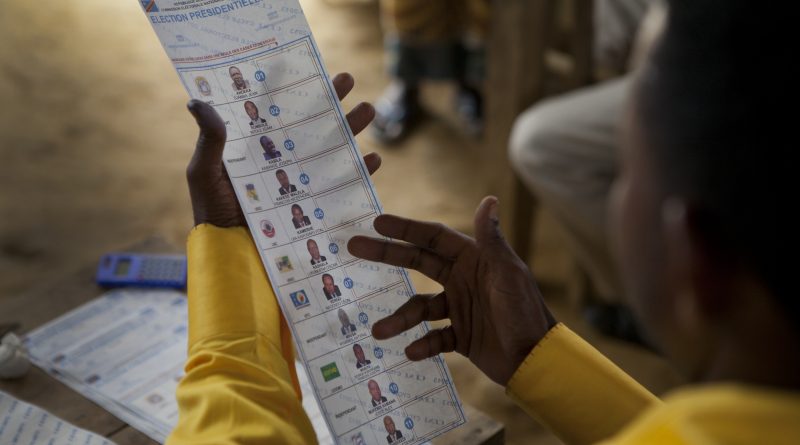 The Democratic Republic of the Congo (DRC) was set to hold presidential elections at the end of this year. Joseph Kabila’s term as president should be coming to an end and a new representative elected into office. However, the transfer of power in the DRC has never been a simple process and this year is no different. In fact, the Congo has not witnessed a non-violent transition of power since 1960. The United Nations, the African Union, and thers have expressed their fears over the upcoming elections and the potential crisis that could occur.

Joseph Kabila has held power since 2001, but officially assumed the title of president in 2006. He was then reelected in the 2011 elections, although many questioned the legitimacy of his win. According to the constitution of the DRC, a candidate cannot run for president for more than two consecutive terms. Thus, President Kabila should be stepping down at the end of this year. However, many people, particularly the opposition leaders, continue to speculate that his administration is doing all that it can to stay in power. The UN Security Council has placed pressure on the government to hold elections according to schedule, but Kabila’s administration says that it is dealing with logistical and budgetary issues, which will delay the process.

The government has issued a statement saying that voter registrations will take time to compile so it is unlikely that they will be ready in time for the November elections this fall. While an updated census and voter registration system is in line with good governance, it is difficult to understand why the Kabila administration did not begin the process of voter registration at a much earlier date. Kabila’s government has had years to prepare for this election and to make sure all of the logistics were in place. This is why his claims seem more like an excuse than actual issues that need to be sorted out.

Since holding presidential elections this year appears to be highly unlikely, opposition leaders and world leaders alike are strategizing their next moves. While the UN is already considering contingency plans for potential political upheaval and violence, some Congolese political figures are still working towards a peaceful and preventative solution. Over the past year, talks have been held between Kabila’s administration and opposition parties. Many of the opposition leaders, including Moise Katumbi, a well-known governor, have boycotted the talks.

However, on Wednesday, progress was made. Delegates of the talk have decided to establish an interim government. This government will remain in place until presidential elections can be held following the completion of the updated voter list. Although this is an enormous success in terms of multi-party cooperation, we must still keep in mind the fragility of this type of government. The UN and AU must continue to support the interim government and encourage a peaceful transition of power.

Although Kabila is the face of the People’s Party for Reconstruction and Democracy, some believe that he does not necessarily want to continue his presidential mandate, rather it is the senior officials of the party that are pushing for him to have a third term. Kabila’s colleagues may fear that when he steps down, internal corruption will be exposed and the party’s power will be lost. Kabila may also fear that leaving his role as president will put him and his family’s lives at risk. His own father, who was president from1997 until 2001, was assassinated. Throughout the interim government period, the opposition leaders must ensure Kabila’s safety and confirm that once he is no longer president he will be provided with increased protection whether he chooses to stay in the country or go elsewhere. Kabila will not step down, as president, if he feels it is not a safe option.

The DRC’s major trade partners, China and South Africa, can also consider what type of role they can play in this delicate situation. A stable political atmosphere is also beneficial for the economy and the state’s import and export industry. China might consider financially supporting the safe departure of Kabila. Leaders from the UN, EU, AU, and the U.S. must also consider backing Vital Kamerhe, who is known as the “le Pacificateur” or “the Peacemaker” for his efforts to negotiate peace. Kamerhe is now determined to run against Kabila and see that the country holds fair and free elections. He has been a spearhead in the negotiations for a peaceful power transition. World leaders should recognize his leadership and encourage other opposition leaders to ally with him through this process. After all, a delayed peaceful transition is better than an on time violent election. Hope is not lost for democracy in the DRC; it can be achieved through further dialogue and engagement with all participating actors.