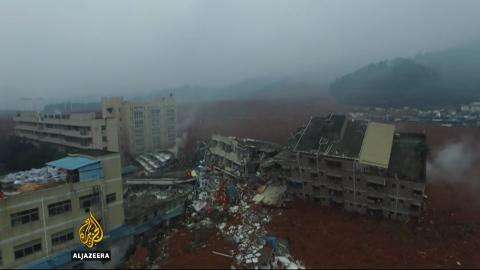 In a heroic showing of inter-faith bravery, a group of Kenyan Muslims travelling on a bus ambushed by Islamist gunmen protected Christian passengers by refusing to be split into groups, according to BBC. The passengers told the attackers, “to kill them together or leave them alone”, a local governor told Kenyan media. Two people were killed in the attack, near the Somali-Kenyan border, of which Somali based militant group al-Shabab has claim responsibility for. During a time of strained Christian-Muslim relations, it is inspiring to know that there are those from both faiths that, even in the worst moments of their lives, are able to show strong compassion and humanity.

Unfortunately, 6 U.S. soldiers have been killed in a suicide bombing attack on a joint NATO-Afghan patrol Monday. Two U.S. troops and an Afghan were wounded. The Taliban has been battling over a strategic district in the southern part of the Helmand province.  While the combat mission officially ended last year, around 9,800 U.S. troops and almost 4,000 NATO forces remain in Afghanistan, with the U.S. troops remaining until the end of 2016. The Journal offers their condolences to those affected by this attack. Al-Jazeera has this story.

The European Union has extended their sanctions against Russia for 6 months. The vote to extend the sanctions was achieved by consensus among the 28-member bloc. The sanctions were placed on Russia after their illegal annexation of Crimea and lead to a fairly large negative impact on the Russia economy. The Washington Post offers more information on the sanctions and quotes from various European leaders about the extension.

Football’s world governing body’s Ethics Committee ruled that both FIFA president Blatter and his UEFA counterpart Platini had broken FIFA Code of Ethics relating to conflicts of interest, breach of loyalty and gifts, writes CNN. The committee has banned both men for eight years. Blatter claimed FIFA’s Ethics Committee has no right to go against him and said he would be appealing the ban. Sepp Blatter has had his moral integrity called into question since his recent reelection, and the arrest of many of his officials in the United States on bribery charges.

85 Chinese nationals are missing after a mudslide of mud and construction waste spewed out of an overfull dump in a town undergoing booming revitalization and buried 33 buildings in this latest industrial disaster, according to the Irish Times. The site should have been closed earlier in the year, but waste continued to be dumped on-site. Fourteen factories, 13 low-rise buildings, and three dormitories were among the buildings flattened in the mudslide.

The Spanish are transitioning to a socialist-led coalition as the various parties in Spain’s parliament begin their negotiations to form a working government. The conservative People’s party (PP) won 123 seats in Sunday’s election and 29% of the vote, leaving it a long way short of a majority in the 350-seat legislature, writes The Guardian. While conservative party leader, Mariano Rajoy, said he will try and stay on as Prime Minister, but with left-wing parties holding the balance of power in Spain’s parliament, this seems unlikely. The Socialists came second in Sunday’s election, earning 90 seats and 22% of the vote.