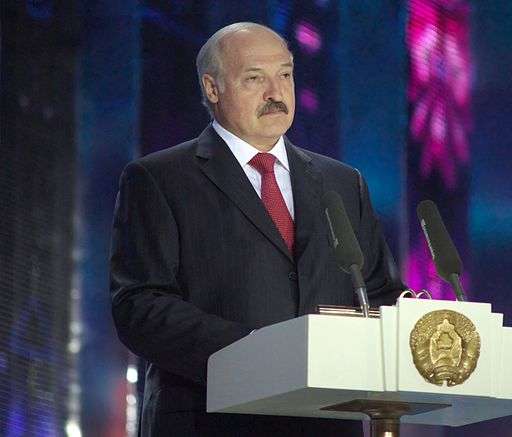 Turkey’s capital, Ankara, was rocked Sunday by twin blasts during a peaceful march calling for the end of violence between the Turkish government and the PKK, a Kurdish separatist group. The bombings amount to the worst terrorist attack on Turkish soil and for at least 95 deaths, with some reports claiming the death toll to be as high as 128. No group has claimed responsibility for the attack at the time of this publishing. The BBC has this story.

The New York Times published an interesting story stating that the Taliban’s influence has spread through more of Afghanistan than during any point since 2001, according to data from the United Nations. This assessment is at odds with statements by U.S. military officials who have claimed that the Afghan Security forces maintain control over many districts. 27 of Afghanistan’s 34 provinces had districts where the threat level was rated high or extreme.

Belarus’s President Alexander Lukashenko, who has the disparaging moniker of “Europe’s last dictator”, has, not surprisingly, won the former Soviet-bloc country’s latest election. Opposition leaders failed to register a candidate, while Mikolai Statkevich, a dissident jailed after running against him in 2010, was released from prison a day after the registration deadline passed in August, according to a report recently published by Buzzfeed News. Lukashenko won over 80% of the vote.

Tensions are high, again, in the Gaza Strip. An Israeli airstrike killed a pregnant Palestinian woman and her 2-year-old daughter in Gaza Sunday, a Gaza health official said, according to Al-Jazeera America. The Israeli military says they were responding to rockets fired into Israeli territory by Hamas, the Palestinian group that controls the territory. There have been violent incidents along the Israeli-Palestinian boarder, and in Jerusalem, over the last few weeks.

A court in Iran has recently sentenced Washington Post journalist, Jason Rezaian, of espionage. The Washington Post says that Iran is “working a political angle by not disclosing details,” of his conviction. Mr. Rezaian was arrested back in July 2014. There are also two other US citizens – Christian pastor Saeed Abedini, and Amir Hekmati, a former US Marine Corps sergeant- currently being held in Iranian prisons, according to The Guardian.

One of our readers, Kelley from Missouri, shared with us a moving personal interest story about women in Pakistan looking to “reclaim Pakistan’s public spaces”. Women are traditionally not allowed in most public spaces or dhabas, the equivalent of a neighborhood bar sans-alcohol, without being covered or having a male escort. By using the hashtag #GirlsAtDhabas, women around Pakistan are posting pictures on social media sites, such as Tumblr and Facebook, of themselves at dhabas or playing sports. This is an important movement, seeing as, “The Gender Gap Index of the Global Gender Gap Report of 2014 by the Geneva-based World Economic Forum, ranked Pakistan second-to-last in gender equality globally in access to health care, education, and work,” according to NBC News.