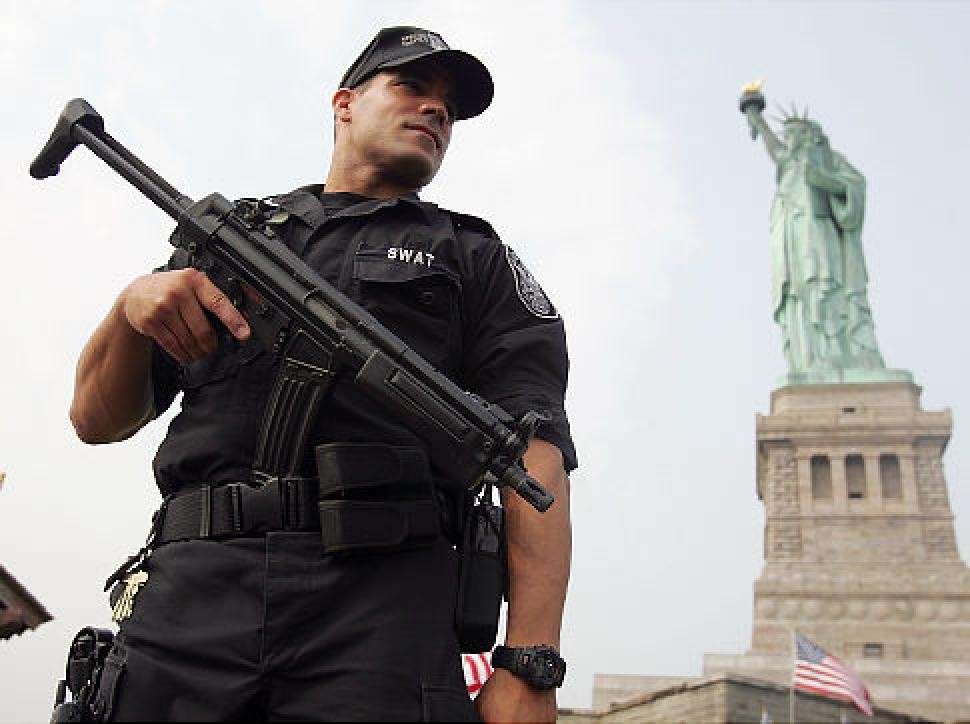 America has security issues. Communal psychological insecurity. I don’t mean solely external threats, largely I am referring to the internal factors which compromise American security. Traditionally security, the primary and most important function of the state, when invoked means the ability to keep citizens safe from threats located externally or internally. Yet since America’s inception we have struggled with the diversity that encapsulates the very notion of Americanism. It is this internal strife born from an identity conflict and mistrust that I refer to and that I believe we must eradicate from our consciousness in order to further our national claim of liberalism.

One of the most infamous characters in American history is Benedict Arnold. His biographies paint the picture of a man fed up with being passed over for promotion who sought little more than an improvement to his dignity. He did so at the cost of his name and it has become a nomer for the traitorous. Even at the onset of American history we observe the manifestation of a deep-seated hatred for those who have betrayed us from our own ranks. Perhaps this is the pivotal moment that begins the pattern of paranoia I delve into below, or perhaps it is our nation’s largely Christian composition that remembers Judas as the great betrayer. Regardless of the precise origin, this fear has permeated throughout the fabric of our common history often at great expense to those wrongly accused of malicious collaboration with our enemy at the time. Specifically, this instance demonstrates a paranoia over dominance from an external threat gaining power internally and secretly.

After the loyalists were targeted and deemed a threat no longer, the next milestone depended on which side of abolition an individual fell on. This particular issue was so prevalent, its length and consequence dwarf others. Showcasing the divisive nature of slavery, our nation-state was literally split over the issue. Each side of the contest for the future of an entire race of people within the society viewed the future and security of their nation compromised by the other. The emergence of the Civil War is the strongest evidence over the divisive nature of American phobias. It is a special case specifically because the nation-state split over the issue. It confuses the internal identity issue by externalizing the ‘enemy’ in the most prolific way. But because the issue emerged slowly at first with a shifting national consciousness towards a communal identity that didn’t include slavery for some, I maintain it is an internal identity conflict. Further difficulty in parsing out the categorization of this issue is that states’ rights were giving way to the overarching federal system. However, racial injustice and tension are still an incredibly taboo topic with manifestations in the past year regarding treatment from law enforcement, an important function that demonstrates state legitimacy. The paranoia in the Civil War period stems from threat to identity.

The next few instances of internal American paranoia come in quick succession. During and after WWI German-Americans became the focus of the internal-external threat. The paranoia marks this time period so starkly because of the context. Just as the Civil-War period was surrounded by the larger conflict between state and national identities, this period was compressed by a global sense of nationalism. This factor made integration difficult for any immigrants during this time period but specifically problematic for Germans who emigrated to America. A rejection of their contribution to the collaborative identity of ‘American’ eclipsed the fact they left Germany to pursue the American ideology. Because of the times, the ethnic component could not be overlooked. Today, ironically enough, German is the most claimed ethnic identity within the United States by county.

Though Germans would again be targeted during WWII a far greater injustice befell Japanese-Americans. Ambassador of the internet, George Takei, has made it a personal mission to educate Americans about this particular point in history. During the war, West Coast Japanese Americans were systematically rounded up and sent to internment camps for the duration of the war. This paranoia was amplified by the otherness of the ethnically Japanese. They were both easier to differentiate than the German-Americans and the nature of the Japanese attack on Pearl Harbor made the American government’s reaction swift and severe. During this period, the paranoia was a mix of both an internal-external threat and the traitorous walking amongst us.

At the conclusion of the war however, the paranoia quickly shifted and intensified. The threat was no longer so easy to spot as someone who simply looked like the enemy. As the Cold War began, American politicians like Joe McCarthy whipped up a high tension environment where even your neighbor could be an enemy in disguise. The search for Communist sympathizers within American boarders characterized another paranoia combination. Here it is the internal-external threat, by now the staple and unifying trait of American paranoia, and also both ideological and dominance concerns. Additionally, nuclear threats and the battle for the maintenance of the title of Superpower made the stakes at this juncture exceedingly high. Additionally a developed Russian espionage network indicated a legitimate threat.

Finally, we reach the new millennium. September 11th, 2001, changed the geopolitical landscape and still dictates foreign policy today. Islamophobia became the focus of the American psyche after the attacks. Emerging partly from anger and partly from the paranoia, Americans again turned inward when they could not identify the enemy. American Muslims were targeted for vigilante attacks and vandalism, and now extra security checks at airports are perceived as inevitable for many Americans. 9/11 mirrored the Pearl Harbor attacks in a few ways. The first being the unexpected nature of the attack. Much like Pearl Harbor, declassified documents have shown that the information indicating an attack was obtained but communication across bureaucratic lines was not swift enough to stop the execution of the attacks. Second, the attacks were carried out by an easily identifiable ‘other.’ Last, the attacks provoked US involvement in war. A key difference between the attacks was the nature of the actors. In the case of Pearl Harbor, it was a state actor but 9/11,  was perpetrated by non-state actors. Now the Islamist separatist movement seeks the establishment of a state.

Since the rise of ISIS or even before, Islamophobia has reemerged. Three American students were killed sparking a social media movement, #Muslimlivesmatter. Yet, as two Aljazeera reporters Nadia El-Zein Tonova and Khaled A Beyoun posit, “Muslim lives in America don’t matter.” At least to the shooter, the students Muslim-ness and Arab-ness eclipsed their American-ness. The non-state actor nature of terrorism makes the paranoia pervasive. However, because ISIS seeks the establishment of a state it distinguishes itself from other terrorist organizations, both in its relative success in these aims and ability to maintain open support. As small numbers of Western citizenry trickle into the ranks of ISIS, it ascribes an equally small sense of legitimacy to the organization. Despite the proclamation of attacks on Americans made by ISIS, some more grandiose than others, generally the threats, attacks, and operations are carried out externally.

The attacks on Charlie Hebdo signify that external threats are real. Hostages from the US and Japan have been executed. Instability in Yemen, Greece, and Turkey add to Western fear. While I partly believe we’ve become desensitized to the violence that terrorism brings, thereby undercutting it,  but I understand that you can never become completely desensitized. Furthermore, some individuals seek to dole out their own justice if they feel it will level the playing field and gain a sense of retribution. Thus, international terrorism breeds a degree of domestic terrorism whether it is carried out by organized cells or rouge individuals.

Paranoia is hard to overcome, it is an irrational fear often stemming from a reasonable threat to one’s mortality. It is said, “better to be safe than sorry.” The paradox of ensuring both liberty and security is one that has posed trouble to established-democracies post 9/11, but as I’ve established throughout this exposition, we have always had that difficulty and once we fully understand this, perhaps we can overcome it.

Billy is a first year graduate student pursuing a Masters in both International Relations and Business Administration. His primary interests of study include trade relations, historico-cultural narratives, and German studies. He subscribes to the Constructivist school of thought and believes peace is achievable through a better understanding of the unique interactions between actors.