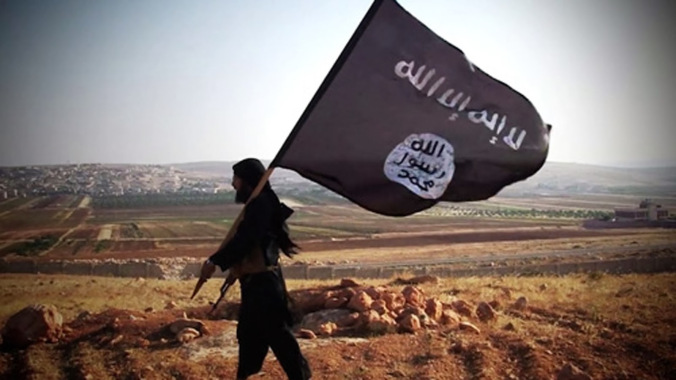 Statecraft is an art as old as civilization itself. The grouping of peoples based on common ancestry, territory, religion, or interests helps forge the interconnectedness and identity required for a unified state. The Islamic State (IS) faces the same difficulties any emerging state must overcome; these include establishing territory, gaining trust and control of the people, developing currency, building institutions, and gaining international legitimacy. What makes the construction of an Islamic State so incredibly difficult today is the lack of international legitimacy. Without that fundamental factor all other obstacles become magnified and insurmountable.

Obviously what removes the possibility of international legitimacy for the IS today is the manner in which they are gaining territory. Mass executions, ethnic and religious exclusion from the new state, and pugnacious claims of expansion are all against Western norms for conferring legitimacy. Since the international institutions are founded with the morals of Western nations and headed by Western-oriented nations, no international legitimacy will be granted to this manifestation of the IS. Though the turbulence in the Middle East can be compared Africa’s in the sense that borders and regimes were instituted by Western powers. This creates a sense of illegitimacy in the eyes of many Arabs who feel their interests aren’t being represented by the institutions thrust upon them. So central to this situation are contesting claims of legitimacy that differ on a fundamental level. The last great Islamic caliphate was the Ottoman Empire, the decline of which began in an attempt to modernize and catch up to the development of Western powers.

The Ottoman Empire differs from the new IS more than it maintains similarities. The clearest similarities are its caliphate foundation; the fact that as the Western, Christian empire declines the Eastern, Islamic empire rises, and the other is the expansion through forceful conquest.

Perhaps the most defining characteristic of the IS is its caliphate foundation. Very rarely in the modern age do we see the level of influence religion has over government in order to qualify it as a caliphate. In theory a caliphate nation should not discriminate based on ethnicity or slight variations of the governing religion. However, these divisions are documented in the modern IS and are characteristic of many revolutions as the unifying proposition overshadows serious ideological divides. For the sake of length, I will not be addressing this reality in depth though I do highlight its importance. Comparatively, the Ottoman Empire accepted divergent religions, ethnic groups, and even nationalities. They understood that unification required a minimum of tolerance and understanding, something we do not observe with the modern IS.

Secondly, as the West falls the East rises. This is not to suggest that both sides of the global philosophical divide of man cannot rise at the same time. Merely, I point out that if we consider the Eastern Islamic civilization as say the moon (as represented by the star and crescent), and the Western Christian civilization as the sun (as a symbol of both Jesus and the gospel) it is not impossible for an eclipse to occur, or to sight the sun and moon in the same sky, it is simply more rare than common. As one rises typically the other falls. The Ottoman Empire rose as the West began to decline. So too in modern day do we notice a decline in Western power correlate with a rise perhaps not in Eastern power, but certainly Eastern identity. It will be interesting to watch the development of the IS and what will become of its core ideologies when it most certainly fails. This movement is different than other post-9/11 manifestations of terrorism because it is not solely terrorism but also, by definition, an insurgency.

Lastly, expansion through forceful conquest is a hallmark of both the Ottoman Empire and the emerging IS. For both cases, the violent and inhumane expansion for territory is met by the powers in the region as they move against this establishment of monopoly on force. Yet I posit we would not see the same kind of interregional reaction against this expansionism in the time of the Ottomans as we do today.  Had it been that the Islamic State achieved its territorial gains during the time period of the Ottoman Empire, without the Ottoman Empire being present, I believe ) the regional powers would have accepted the reality of the new state to a degree which would have bestowed a certain level of international legitimacy.

The West is more afraid of the establishment of a radical Islamic State than it arguably ever has been. Western hold on international institutions is being weakened by emerging powers in the Orthodox and Eastern civilizations in the forms of Russia and China respectively. Latin America too is seeing a rise in wealth as it continues to modernize but all of these tectonic forces can be reasonably managed and maintained by the West.

In the perspective of the IS, the best case scenario will be a situation similar to the hermit authoritarian rule of North Korea, and worst case would be a loss of public support that undermines their operation and institutions. For the West, best case is a complete dissolution of the IS via military intervention and lack of public support; worst case is the legitimate establishment of the IS backed by the support of the vast majority of citizens and eventually other non-Western civilizations.

William is a first-year graduate student pursuing a Masters in both International Relations and Business Administration. His primary interests of study include trade relations, historical/cultural narratives, and German studies. He subscribes to the Constructivist school of thought and believes peace is achievable through a better understanding of the unique interactions between actors