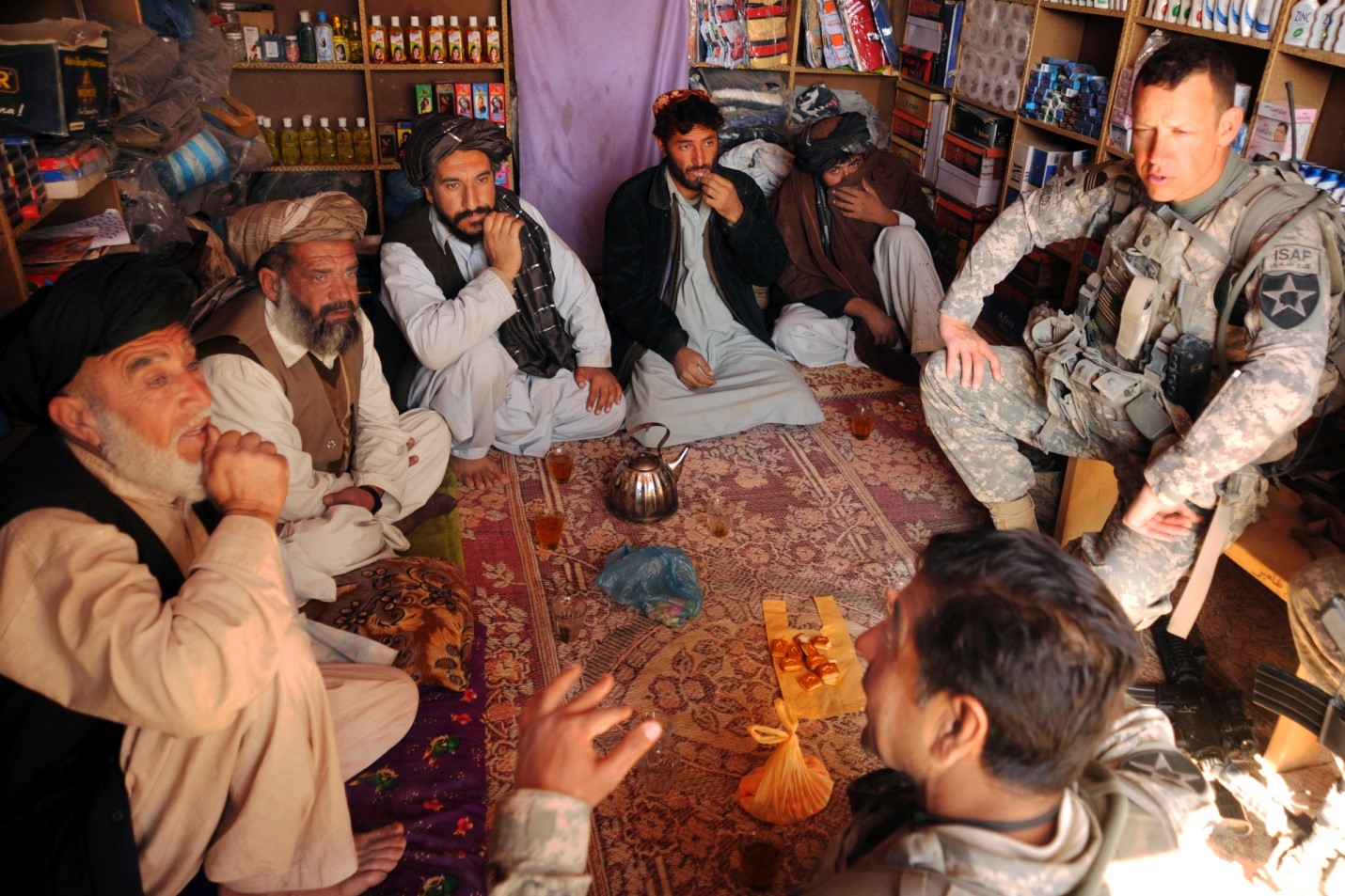 The role of the American soldier-diplomat in the 21st century is crucial in a period  defined by insurgencies and regional conflict. The wars in Afghanistan and Iraq have shown how large, conventional high tech militaries struggle against guerrilla tactics. This asymmetry was the reason for many changes in the US military, including the necessity of soldiers on the ground to engage in more diplomatic roles at the local level. With the most recent manifestation of turmoil in Iraq with ISIS and the US commitment to combat the group, the soldier-diplomat will be crucial to managing the situation on the ground and turning the tide against current and future insurgent advances.

The soldier-diplomat is by no means a new concept. Throughout history, active soldiers, usually societal elites and officers, have served as diplomats whether it was through protocol or tradition. The foot soldier had no role other than to take orders and wage war against the enemies. It was upon the realization that massacring civilians and not productively engaging them was doing more harm than good. This was the lesson learned by the Soviet Union in Afghanistan which saw widespread civilian massacres.

While officers still serve diplomatic roles, enlisted soldiers now practice diplomacy as well in order to persuade the local population that the soldiers are a force for good.  As the US winds down its wars in the Middle East and begins downsizing its military, the soldier-diplomat will be crucial to facilitate closer ties with the local population. While cultural differences will always hang overhead and distrust towards the United States will continue, the soldier-diplomat puts a more pragmatic and friendlier face on the United States. Armed soldiers who are actively trying to help a population are better than soldiers who are indifferent and display a callous disregard for welfare.

Discussions taking place in huts in faraway mountain ranges between soldiers and locals often go unnoticed in the media. However, there are many successful instances of soldier-diplomacy that have gained attention. In 2010 and 2011, Sangin District in Afghanistan was scene to some intense fighting in which the US Marines experienced their heaviest casualties during the war. As the casualties grew higher, the Marines capitalized on their relationships with district elders and came to an agreement signified with the Sangin Security Agreement. This agreement brought together district elders, the Coalition, and the Afghan government in a bid to discredit the Taliban in the area and give the Afghan National Army more responsibilities. The agreement, which saw a marked decline in Coalition casualty rates, could not have been possible if it was not for the local level diplomacy between the Marines and the bonds they built with the district elders.

While high ranking officers have been associated with soldier-diplomats and military diplomacy, the nature of asymmetric warfare necessitates more soldier-diplomats who are enlisted. Civilian diplomats do not need to be present in a warzone in large numbers. Their role on the ground in a conflict zone is unnecessary and can be filled by soldier-diplomats who have an accurate assessment of the situation. 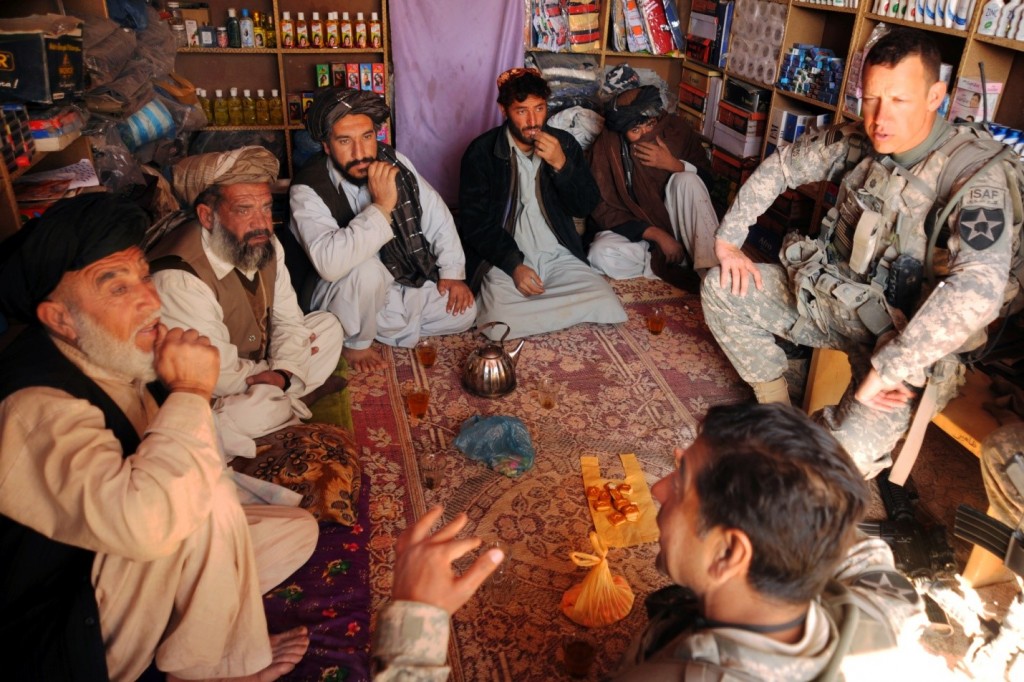 In order for the soldier-diplomat to be effective, training is crucial. At many US military installations, Civil Affairs Battalions are trained to act as go-betweens with the local government and the US military. Furthermore, Senior enlisted personnel in special operations forces such as the Navy SEALS and Army Green Berets are studying the same material as their civilian counterparts such as philosophical texts, grammar, and cultural etiquette.

In order for the American soldier-diplomat of the 21st century to be truly successful, marked changes must be made in order to increase their effectiveness and enable them. With the military downsize, training soldier-diplomats must not be swept up in the cuts. First, training must take into account an increased respect for culture, as this is crucial to gain trust. Second, increased cooperation and interoperability with the State Department should be considered, as the dual expertise of both organizations could be a potent force in future actions involving the military. The State Department is not in the business of sending Foreign Service Officers regularly to isolated areas downrange. There is the occasional visit by high-level State Department officials to a forward operating base, but the role of civilian diplomats is mostly limited to the national capitols. Last, the scope of the number of soldiers being trained should increase. While there are elements of the military branches who specialize in civic relations, as many soldiers as possible should be given some instruction on the values of soldier-diplomacy and how this, combined with their combat training, could help defeat insurgencies from the local level.

The direct experience gained by a soldier-diplomat on the battlefield has the potential to make a pragmatic and effective civilian diplomat when their military service ends. Effective soldier-diplomats know how to come to an agreement in dangerous situations. This extreme negotiation experienced on the battlefield translates into a practical approach in the conference hall.

The increasing role of the soldier-diplomat in the 21st century has the potential to change how the US wages war and conducts diplomacy. The US should take all measures to ensure that the soldier-diplomat has all the necessary tools to effectively do their job in order to subvert insurgencies from the local level.