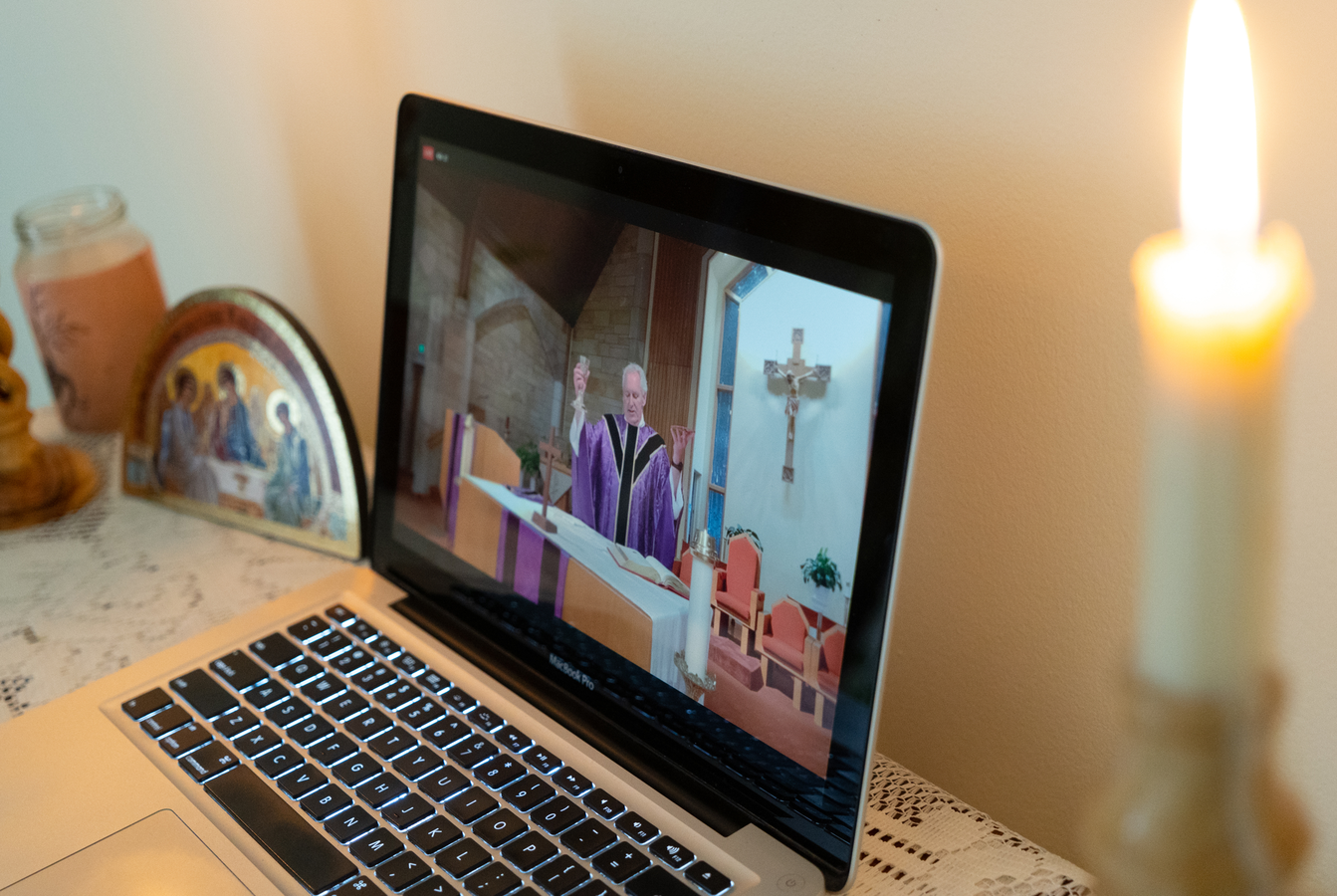 When Catholic churches first began to suspend Masses a few weeks back, the threat of the pandemic still felt surreal. At that point, Seton Hall was still open, and while rumors of other schools sending students home were beginning to circulate, I still felt very far removed from it all. “said the voice of denial in my head, too absorbed in my little bubble of campus activities to heed the news of alarm spreading across the country. In a matter of days, the cracks began to show; first classes were canceled, then my spring track season was called off. But for me, the reality of the crisis only set in after reading the email announcing that Mass at the chapel, whose doors I had never once seen closed in my time at Seton Hall, was no longer open to students and public- except, that is, by internet “livestream”, each Sunday at 8 p.m.

The Seton Hall community was not alone in feeling this loss and confusion surrounding the Church’s response to the COVID-19 pandemic. The idea that the holy Mass could simply “go virtual” just like any class, club meeting, or other staple of university life struck many students as dubious. Catholics all over the world were left reeling at Pope Francis’ encouragement to stay home and watch the Mass online instead. Despite understanding the necessity of avoiding physical contact in light of health and safety concerns, the sudden switch to virtual platforms raises a slew of questions about the relationship of the Church to technology as well as the significance of the Mass itself. Is watching a virtual Mass worthwhile even without being able to receive the Eucharist? Is there a difference in validity from the physical Mass, and why does it matter?

Answering these questions really comes down to understanding the overall meaning of the Mass. While celebration of the Eucharist is at the center of the sacred liturgy, participating in it has never been contingent upon receiving. In medieval times, most Christians received the host very rarely, despite being physically present at Mass. Simply gazing upon the elevated host was believed to bring the Faithful into the closest possible contact with the Divine Presence. This belief stemmed from the ancient (mis)understanding of physical sight as an intrinsically higher sense than taste and touch, and that the eye forms images by sending out rays of light which it then receives back. To see, was literally to be in communion with an object and to partake in its existence.

While this notion falls considerably short of the Church’s full understanding of receiving Communion, medieval Christians were definitely on to something with the idea that people are able to share in the body of Christ without physically ingesting the host; they were making what is known as a “spiritual” communion. The key, however, was not so much in laying eyes on the Eucharist, but in the intense longing to become united to Christ that was expressed through this act. In spiritual communion, a worshiper who expresses in prayer a genuine desire for the Lord to enter her heart and begs for His grace becomes united with all members of the Church, and, along with them, does become an actual participant in the totality of Christ’s sacrifice.

In this way, Christian soldiers overseas, secret Christians in Korea, and countless groups throughout history unable to practice their faith openly have been able to participate in the sacrifice of the Mass. The same opportunity extends to us today, prevented by quarantine from attending the Mass in person. For us, watching Sunday Mass online or on television expresses that same desire as the Medieval Christians, to enter into communion with Jesus as far as we are able, at least in our souls if not, for the time being, in our bodies. In fact, virtual Mass may represent an even more conscious act of will because we have to re-orient our brains to view screen-time, in this moment, as something devotional, resisting the urge to multitask or change the channel as we might during any other broadcast.

However, Christianity is a very tactile religion. At its heart, the Incarnation, the mystery that God became man in Jesus Christ, is closely tied to the truth of Jesus’ real presence in the Eucharist. For Christians, matter matters, and receiving Jesus’ body is still the ultimate form of communion. Therefore, virtual mass is not a substitute for the actual liturgy. Yet, neither is it merely a pale imitation intended only to provide symbolic consolation, to “make up” for our absence. It truly allows us to join in a community of worship to hear the Word of God, which moves us to call out to Him in praise and thanksgiving.

Many saints of the Catholic Church have been witnesses to the value of spiritual communion. The testament of St. Clare of Assisi is particularly meaningful for our present situation. One Christmas Eve, when Clare was too sick to go to Mass with her sisters, the Holy Spirit projected the same service onto her bedroom wall for her to view. For this miracle in the 13th century- essentially, the first livestream! – St. Clare was named patroness of television. Her experience draws us to appreciate that the Mass is a great gift which is offered for us, though we often take it for granted. Having the opportunity to view the Eucharistic celebration, even on a screen, means having the ability to be strengthened with the grace of the sacrament.

In some ways, the virtual Mass presents an opportunity to dig deeper into our faith and become more grounded in the enduring validity of this greatest prayer of the Church. The way it keeps the integrity of the sacrament testifies confidently to the resilience of our faith to respond to crises in the modern world. However long this pandemic persists, the Church will remain our rock, a strong foundation to lean on. Regardless of physical separation, we are as ever her body united in Christ, just as Seton Hall is still our university even away from campus.

In modern day America, we are so blessed to have easy access to the sacraments, without fear of persecution, restrictions, or censure. Particularly at Seton Hall as a Catholic University, we are used to seeing church as a place that is always available for us to walk in seeking solace and community. The challenge for us as this pandemic runs its course is to accept that extra element of sacrifice in physical distance, but also to realize that we still can find that unity; by “tuning in” to Mass, we may join in spiritual communion and grow in love and longing for the Eucharist, anticipating the joy of the day when our chapel may open its doors again.