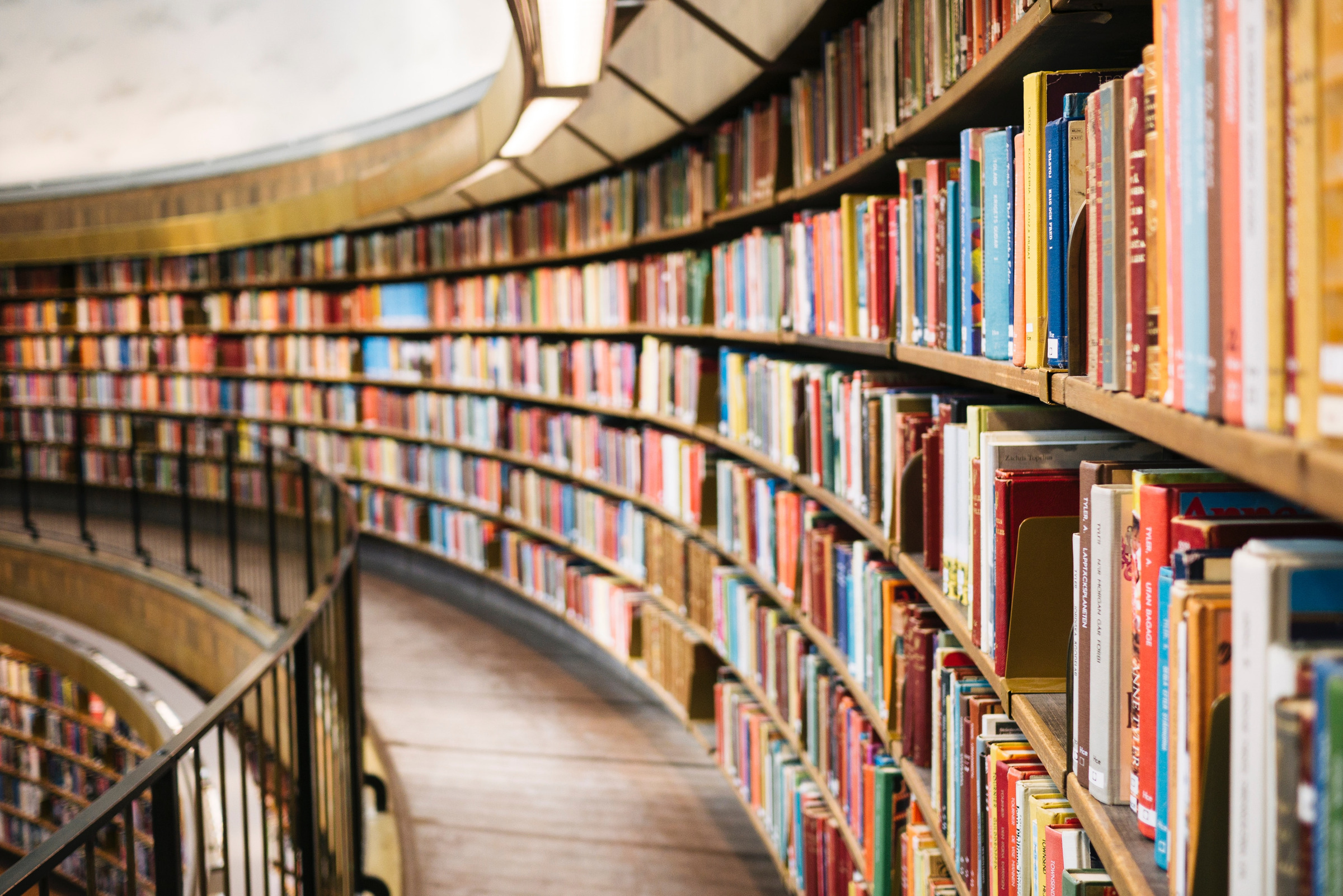 Bridgette Favale: What is your academic focus and how did you come to that passion?

Dr. Floyd: My area of academic work is philosophy. I think I was drawn to philosophy as a student for a few reasons. I liked the idea of getting to start from the “ground floor” of human knowing and experience; to really figure out what those things are and to question our most basic assumptions about what reality is, how we come to know, what is true, what is good, and how we should live. I loved the idea that in philosophy, any question is fair game, that nothing is ruled out of court. There’s no possibility that we can’t consider. There’s no human experience that can’t be taken up by a philosopher and investigated and inquired about. For me, that included experiences of transcendence or what we might call religious experience.

When I began my graduate studies many of those “big” questions receded to the background, but I think they still contributed to a basic orientation. Within philosophy m areas of specialization are 19th and 20th century European philosophy and the philosophy of religion. Regarding the latter, I think that, given the power and influence that religion exercises in the world in both healing and harmful ways, it is a reality that we should have resources for thinking about carefully. Lastly, I guess I’d just add that, as an undergrad, I came to philosophy with no intention to study it at first. I simply realized I had questions, deep questions, that came out of my own experiences and I wanted to get clear about them. What I found was a community of teachers, classmates and authors who were also interested in questions. I was attracted by the kinds of people who took good questions—and their answers—seriously.

BF: How can faith play a part in academic scholarship and why do you think faith is important for scholarship?

DF: Everyone comes to thinking from somewhere. And research in any field, it seems to me, is ultimately an attempt to answer questions –to find evidence and make arguments, and through them to understand the world better. Which questions we ask and where they come from often is determined by our experiences. Different experiences orient is toward the world differently and so give rise to different kinds of questions. I think religion or faith can be one place questions originate for us – not the only place, certainly, but a distinct place, nonetheless. And I think those questions are worth our time and consideration. So in that sense, it’s perhaps not as odd or strange as it sounds, to say that faith can play a part in academic scholarship. I think, as students and professors, we need to be careful not to draw our disciplinary boundaries or those of our research or interests so tightly that we begin to ignore questions, especially those of the average person going into the voting booth or walking into the supermarket. And for many people the questions that matter most are either questions of faith or questions influenced by faith to some degree. So, in a way, we’d be negligent not to at least consider faith important for scholarship.

Is faith important for scholarship? On the one hand, it is certainly the case that plenty of people who do not believe in God are excellent scholars. But for those who do believe, should faith influence their scholarly work? I think a person’s faith can influence her scholarship, yes. If you are a scholar who comes from or works within a tradition, it can influence what you do or (more likely) how you think about what you do. Not so much at the level of methodology, but at the more encompassing level of what we put our scholarship in conversation with. I don’t think you learn to read a platonic dialogue or conduct a lab experiment differently because you are Muslim or Catholic, but I do think how you interpret the value of what you do has to do with those commitments. It’s not that you pursue a career or degree differently so much as how you understand the meaning of those pursuits in light of a larger context. In the case of Christianity, I think part of that broader context involves asking about how what I’m doing is useful to other people, not just for my own recognition or fulfillment.How can my scholarship be helpful to the world. Faith doesn’t place a different demand on the scholar, it places an additional demand on her, namely, to situate his/her research, work, or books, or accomplishments in a story that includes a variety of other protagonists in the university and well beyond its borders.

BF: What does a Catholic mission add to a university that a public or secular school wouldn’t have?

DF: Obviously a Catholic University is more likely to have certain kinds of classes or majors like Theology or Catholic Studies. It also is likely to have mission-related extracurricular opportunities and a campus ministry. But at a more general level, I think the Catholic mission of a university ought to orient its faculty and students toward others and. I also think that the mission of a Catholic university is expressed in an institutional commitment to engage the question of how faith and reason are related. In a way appropriate to a university, to engage a question is not simply to assert an answer, but to examine its possibility. Can faith and reason be related? Where do they stand in tension with one another. Those tensions and possibilities surface, it seems to me, in any field of human endeavor whether that of business, medicine, education, history or others. More concretely, what does it mean for the lives of individuals and communities to be formed and defined in some sense by faith and equally by a commitment to a free and total exercise of reason in the investigation of the world and human relationships We get to ask those questions at a Catholic university.”

BF: While some students have the opportunity in college to study theology and philosophy, do you think students can find elements of their faith in the other subjects they may study, like biology or business?

DF: Without a doubt. One of the central beliefs of the Christian tradition is that God created the world and that God is somehow reflected in creation. Creation certainly includes what we often call nature, the natural world we study in the natural sciences. But it also includes the worlds of human culture, of business and economy, and of discovery and invention. So, in that way, whatever you’re majoring in involves you in studying the world that God made. And, in studying some aspect of that world, you might get a glimpse, however indirect, of the kind of order and purpose that underlies some of these realities. So whether you are studying organic chemistry, computer science or vocal performance, a person can understand that effort within the context of one’s faith commitments. I would also add that the effort to understand, whether that of the student or the professor, is beneficial. In struggling to learn we become more attentive and discerning, and therefore, gradually, the kind of person capable of really focusing on a problem and figuring out what the solution might be. These human capabilities are not only for the classroom or the workplace but also for many other areas of our lives.

BF: Do you have any advice for students struggling with their faith because of messages they hear in other scholarship that seems to diminish the validity of faith?

DF: I think that college is often a time of discovery, of re-evaluating, and of learning. Learning is different than memorizing; it is a gradual achievement not an entitlement or something we can purchase. That process often involves calling into question things that we thought were too obvious or too simple to be questioned. Things that we took for granted, things that we love, things that we just never question, suddenly become less familiar than they were when presented in a different light. And those things usually prove quite a bit less certain and often much more complex than we first imagined. That process of learning – exiting the Cave, as Plato might suggest – will always be uncomfortable whether it concerns scientific theories, historical event, or political and moral values. Question that touch on or destabilizes religious beliefs are particularly unnerving because of how deeply held those beliefs are for most people. So, what would I say? The only way is through, not around. I think my advice to a student who is suddenly confronted with questions about his/her faith would be to read more, think more, talk more. On the one hand, you don’t want to just adopt a new view that is as unsubstantiated as the old one. On the other hand, you don’t want to avoid the conflict because you’re afraid. Finding resources and people you trust who you can have open and maybe hard discussions with. Sometimes these discussions turn into arguments, but hopefully in the good philosophical sense. What are the reasons I believe or think what I do? What are other reasons to engage that process to make sure that what we believe has good reasons for being believed? That is something worthwhile.

BF: Do you have any advice for the Freshmen who just started college this month? How can they strive to live out their faith, or grow in their faith here at Seton Hall?

DF: Advice for freshman? First, go meet your professors, visit their office hours. This week! Second, do the reading. Third, I would say, try something new. With respect to faith, take a religion course on the side that is about a topic you’re interested in or take up a new habit of prayer or service–or both! That is your sort of entry into adulthood, these beliefs, and practices. And in this community, it is meaningful or can be meaningful in new, or, fuller, richer, or different ways. I think campus ministry has a lot of resources in groups and organizations on campus that don’t just tell you what the Catholic Church teaches but provides models of friendship and community that are really what would make this worthwhile, doing it with other people.