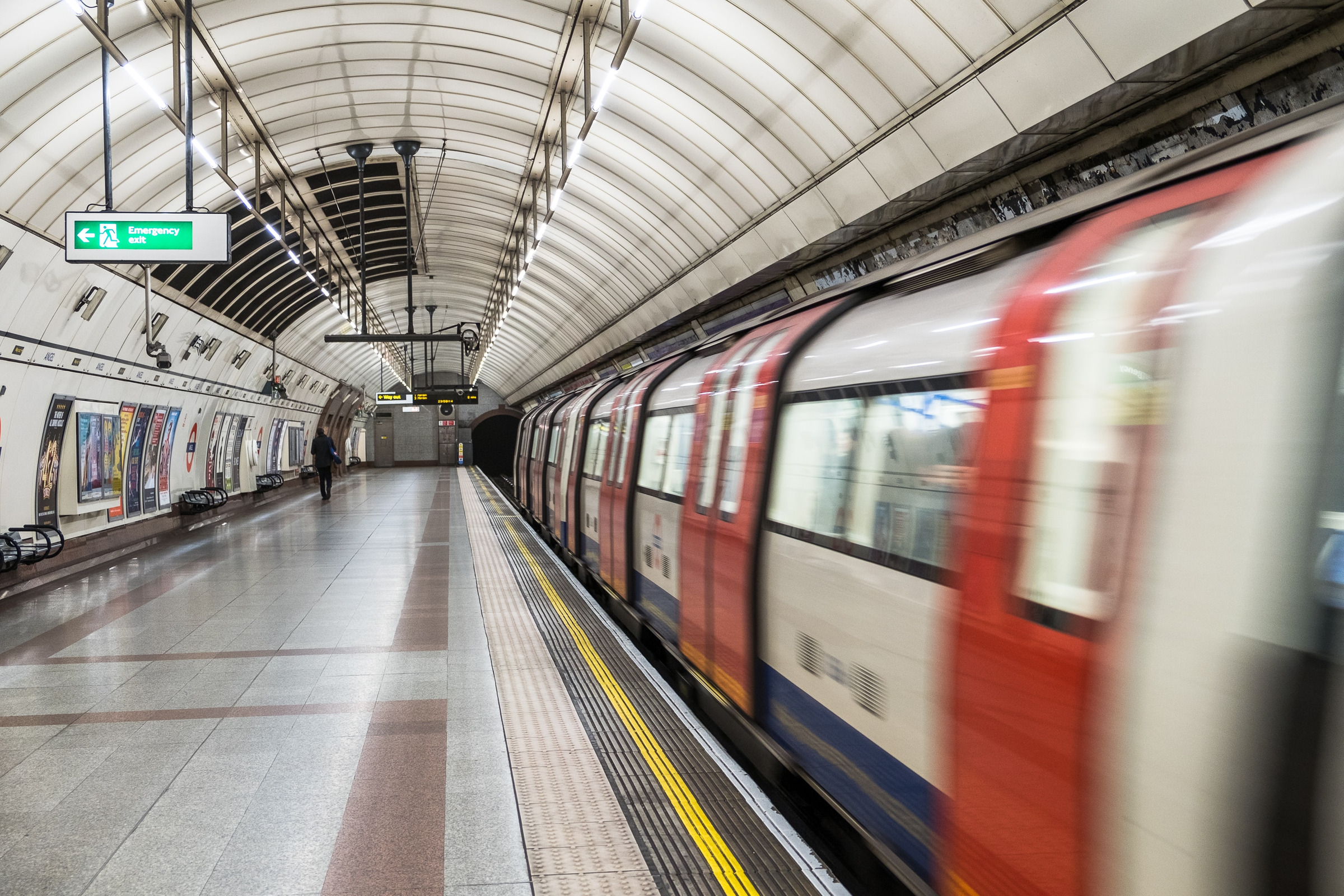 Christianity On The Subway By Ben Jaros

This past Spring, the opportunity arose to take a train trip to the MET (Metropolitan Museum of Art, New York City) with the Seton Hall Middle Eastern North American Club (MENAC).  The trip would involve a guided tour through the Islamic/Middle Eastern sections of the museum.  Not being from the area, and aspiring to be a renaissance man of sorts, I will always jump on the opportunity to go on a guided tour through any section of the MET.

On the trip, I met two students, Anita and Pamela. They were Christians from Saudi Arabia. I spoke with them a little bit here and there on the trip but did not have any long conversations initially.  However, on the way back, I caught up with them on the Subway, and I had the opportunity to sit across from them on the train.  Out of curiosity, I wanted to know more about their faith, and share their experience of what it was like growing up Christian in a Muslim country. What was different?  What was the same?

Coming from Saudi Arabia, their opportunities to practice their Christian faith openly were limited.  According to one standard perception of religious practice in Saudi Arabia, that of Open Doors USA, an evangelical group that documents religious practice, in Saudi Arabia, “The state creates and maintains a strict Islamic system that treats Christians as second-class citizens. Islam is the only recognized religion. In fact, no other religion can have a place of worship. Consequently, Christians must gather in utter secrecy, if they gather at all.”

I caught up with them more recently to get more of their story:

Anita: “We were both born in New Jersey (NJ), then, when we were seven, we moved to Saudi Arabia (SA) for our Father’s job.  We grew up in an American compound in the Eastern Province, SA.  We lived there for ten years.  Then, for college, we wanted to come back to NJ.  We looked at schools in NJ and found Seton Hall.  It had good programs in what we wanted to study, and it seemed like a good fit.”

Ben: How did growing up in Saudi Arabia shape your view of your Christian faith? What was it like to practice your faith there?

Pamela: “Growing up in SA helped me to grow up and respect other religious traditions. We would wear the abaya (a full-size cloak) when we went outside of the compound as a sign of respect, a nice gesture towards the Muslim community surrounding our compound. Further, we did not feel like it was a burden to do so, it was just part of the way of life. It helped us to be open to other people.”

Anita: “You practice your faith in private. Whatever religion you practice is for yourself. It is not for other people. We practice our faith for ourselves, but do not need to publicly show it. In public schools, they teach Islam. There is a societal difference in public openness in general contrasted with the U.S., so, we do not push any views publicly and try to change people’s opinions.”

Ben: How has growing up in Saudi Arabia shaped your views on Islam?

Anita: “It might be easy to misconstrue another religion. We have many friends who are Muslim. If we have questions, they are open to answering them. Getting firsthand knowledge from a Muslim definitely helped us to see what their faith is about and how they see the world.”

Ben: “How did faith play a role in your family life?”

Pamela: “My mom would always put mass on the TV. We received first communion before we moved to Saudi. Our parents instilled the values of being a Christian in our daily lives. We were taught to give thanks and be open to other faiths.”

Ben: “Can you speak at all on what it is like to live in the US, compared with your time in Saudi?

Pamela: “It is definitely different, because it is a different culture. Currently in my life, I really enjoy being here. It was a good time growing up in SA, and there was good community. We have more global perspective because of it. Right now, coming here, and getting our education here is very important to us.”

Anita and Pamela’s experiences are interesting for many of us at Seton Hall, as we grew up under the U.S. Constitution. Where, “Congress shall make no law respecting the establishment of religion, or prohibiting the free exercise thereof.” Growing up in a country, if not a whole civilizational sphere under the direct influence of Classical Liberalism, creates the possibility that some of us are not fully attuned to the issues of religious freedom afflicting people in different cultural traditions.

Our comparative security under its presence in our legal structure may cause many members of our community to fail to recognize the growing global persecution of Christians. Moreover, their experiences help to reinforce the reality of a global Church. That global church is facing persecution ranging from China to Nigeria, and many places in between.

Open Doors estimates that there are, “Over 245 million Christians living in places where they experience high levels of persecution.” Additionally, the struggle of Christians worldwide in particular is sometimes easily diminished or dismissed out of hand because we live in a historically Christian nation.

This point was put succinctly by local NJ Congressman Chris Smith (NJ-4), the Co-Chairman of the Tom Lantos Human Rights Commission in the U.S. House of Representatives.

At a hearing on the religious persecution of Christians, he observes, “We are here today to focus attention on the persecution of Christians worldwide…. sometimes there is an oversensitivity about focusing on Christians, perhaps because we in the United States and the West come from traditionally Christian backgrounds, and we don’t want to be accused of playing favorites. Thus, we tend to overcompensate by ignoring or minimizing Christian persecution.”(1) Chris Smith’s observation also alludes to the lack of Western awareness of the global church.

Contrasting Pamela and Anita’s practice of their Christian faith in Saudi, what was different?  What was the same? Speaking from my own experience, before I left my home in Colorado for New Jersey, I think I knew two Jewish families, and I had never met anyone who was Muslim.  People I met were either some kind of Christian, fallen away Christians, or intentionally raised by their parents under no religious influence.

Therefore, I could not help but be fascinated with the experience and story that Pamela and Anita shared.  It seems that the cultural and civilizational milieu surrounding the practice of our faith was different, but what was the same?

Jesus was the same. Jesus captivates their faith, as he captivates me.  The person Jesus of Nazareth, has captivated, captivates, and will continue to captivate the hearts and minds of billions of people.

Anita and Pamela grew up as members of the Global Church.  As John Allen notes, that two-thirds of the 2.2 Billion Christians of the world do not live in the West.(2) Therefore, their experience is closer to the experience of the majority of Christians worldwide than my own.

For many of us, the reach of the Church seems to stop at our Civilization’s edge.  This distance may also be part of what inhibits us from taking the issue of religious persecution seriously because it
is “too distant” a problem or not something that we can take “immediate” action against.

It is also interesting to note that Seton Hall creates a big enough tent to attract both types of students to the same school.  Yet, even this reality is only possible because the dedication of Bishop James Roosevelt Bayley to Jesus.

His faith coupled with the necessity of creating a University where his Catholic laity could receive an education and his belief in the pursuit of universal knowledge were constitutive elements to the founding of this University.

In that spirit, as a reminder for the year, be open to having conversations with new people at Seton Hall, especially in the first few weeks.  It is surprising how your perspective on the practice of faith might change, even on the Subway in New York City!