Skip to content
You are here
Home > Lifestyle > What Are You Listening To? By Kiersten Lynch 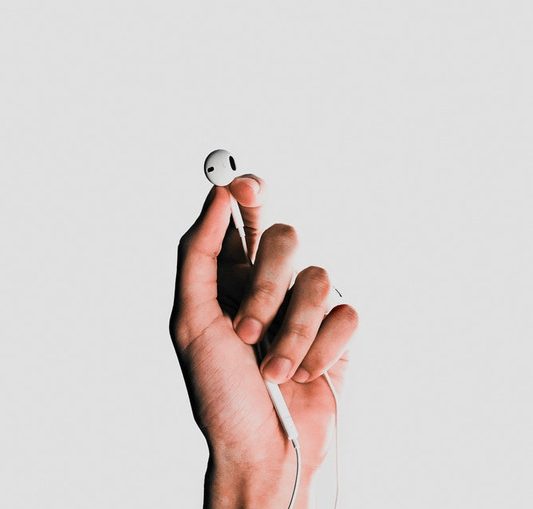 The first few days of warm weather are here, hinting that summer might really just be around the corner. There’s an allure to the “summer singles” that somehow still make it feel like summer even when they come on long after the last few rays of endless sunshine eclipse into the cold.

And yet, with the inevitable coming of these catchy summer hit singles (or so they hope) come feelings that might be—at most—guilt for wanting to listen to those wild, explicit songs, and—at the very least—the quiet, background thought of “I like this song…well, except for that part…”

What should be done with that feeling? Presumably, everyone has felt it at some point listening to some song. The majority of people walking on campus strut with headphones dangling from their ears—but what are they listening to? Or maybe a better question: should you change the Spotify station you’re on and listen to “purer” music? Or keep on listening and try to ignore those nasty parts of that song that you still love to hear?

I think the answer actually has nothing to do with content of what you’re listening to as much as asking: How are you listening?

When it comes to the morality of music, there are many voices ready to give their two-cents—largely because the answer to the question has no definite answer, only opinions. And one of those voices, whether it’s a parent or a priest, always argues for the evidence that music influences the mind, even subconsciously.

And they are right.

Music does get in our heads—that’s part of the point of experiencing music. But following this logic, the skeptic of secular music usually argues that secular music unconsciously infiltrates the mind and leads one to bad behavior. However, the option that these same proponents might recommended instead of Drake or Post Malone is music that falls into the strains of worship and Christian music. Suddenly, it seems that absentminded listening is good and moral as long as the words that are being repeated are loosely related to a “good.”

And herein lies the real problem with listening all together: there is too much tendency to listen inattentively—be it rap or hymns—without really thinking about the words to anything. There is no concern for complexity. No regard for depth, for feeling, or for realization. Music can create a new perspective about the world through true artistry—but that can’t happen unless the listener distinguishes songs that are just trying to sell a point and songs that are really trying to express a truth.

And if cliché lyrics that only try to sell a point are the true mark of awful music, those inaudible rap songs might not be any worse an offender as worship music. I could mindlessly listen to a popular worship song like “Build My Life” but what does the lyric “We live for you” really mean?

Instead of delving into a specific detail that can be felt deeply, these lyrics skim over the surface of a deeper subject and avoid the dirty, difficult work of writing out what “living for Christ” might actually look or feel like. These lyrics can be no better than secular mantras that make us feel good without challenging us to think deeply. And worst of all, these songs may completely allude the ugliness of life that is inevitably part of faith and continual hope.

Take another example: Matt Maher’s “I Need You.” The lyrics read: “Lord, I come, I confess / Bowing here I find my rest / Without You I fall apart / You’re the One that guides my heart / Lord, I need You, oh, I need You / Every hour I need You / My one defense, my righteousness / Oh God, how I need You.”

Now compare that to a secular song by Sting that also references faith: “All this wandering has led me to this place / Inside the well of my memory, sweet rain of forgiveness / I’m just hanging here in space / Now I’m suspended between my darkest fears and dearest hope / Yes I’ve been walking, now I’m hanging from a dead man’s rope / With Hell below me, and Heaven in the sky above / I’ve been walking, I’ve been walking away from Jesus’ love.”

The first—Maher’s song—is simple, but extremely focused on “I” and doesn’t have much complex imagery. However, the second song uses the same themes but in a way that doesn’t seem so focused on a selfish “I” as much as working toward a deeper theme of faith and struggle.

While worship music has good intentions, the composition is usually dull and the lyrics often aren’t lyrics at all, but hopeful prompts that just might make the majority of listeners think of something in their own life that illustrates an ambiguous point like “We live for you.” The problem with this process is that it makes worship selfish. Instead of drawing you out of yourself, it only reinforces your feelings, your thoughts, and your emotions. In that case, worship music might not be any better for the soul than secular music.

If your faith only feels stimulated when you’re inside of a Church, could you ever really live a meaningful life of faith? No, not really. I think the same logic applies to listening to music. Listen to music about faith, but don’t just listen to one kind of music. The more you listen and think about music, the more you can stimulate your mind and start to be in tune to the culture that surrounds you. Your faith—and your life as a whole—gathers meaning when you can sympathize with others and find goodness in them.

So listen to all of the songs, and think about what’s going on in them. Think about how they align with or challenge your worldview. Music is an opportunity to think something new and feel something you couldn’t have expressed yourself. Why would you choose to listen without thinking, and miss all of that rewarding reflection?

I’ve criticized a lot of music here, especially worship music, so I’ll end with some examples of what I would consider exceptional works of music that songwriters should aspire to capture in their own work, and listeners should seek to find in their own music taste.

When it comes to singing about suffering, two songs that come to my mind are “Dead Man’s Rope” by Sting and “Valley of Pain” by Bonnie Raitt. These songs provide specific images of what suffering feels like, even with some Christian allusions, but they don’t just repeat the same words or even the same chords. They are varied and complex, which allows them to be full of meaning.

I don’t think songs should have to explicitly set out to be about Biblical imagery or common faith phrases to express truths about life that are inherently related to faith. If you read the Psalms you can observe very specific imagery that is very beautifully written, and also tells a story. Musical artists who practice the art of expressing meaning and telling stories always do a better job than those who regurgitate empty ideas.

A newer songwriter who comes to mind is Alec Benjamin, with a song like “Death of a Hero” that is well written and has a lot of food for thought. The popular band Vampire Weekend just released a song “Harmony Hall” that combines good writing and fascinating composition. Other artists who are not explicitly religious but write meaningful lyrics include Kacey Musgraves, Maggie Rogers, Counting Crows, or Annie Lennox (her album “Bare” is a masterpiece). Even John Mayer has a preoccupation with good writing that is noticeable in the depth of his lyrics.

Next time you’re listening to whatever jam has captured your fancy, take a second to think about what attracts you to that song, what that song is really saying or describing, and how it fits into your view of the world. Music—of any genre—doesn’t have to be white noise, but it takes attention and reflection to make your music meaningful.