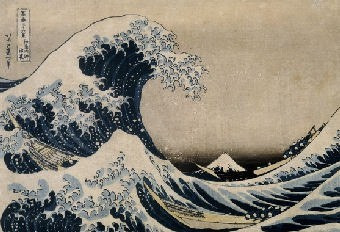 Endurance of Faith in the Modern World By Frank Hunter

As students at the only diocesan Catholic University in the state of New Jersey, we can justly attest to the increased secularism and laid-back Catholic mentality among our peers. Even on a Catholic campus, we may feel like the minority. Traditional Catholics hear of the horrors that the devout face who attend public or non-denominational institutions. So how can we as students avoid falling into the misconception that practicing your faith ostracizes you from society?

The influence of the modern world may lead anyone of any faith away from his or her values, whether it be the importance of family or the place of worship in our lives. Regardless of one’s background, the history of evangelization has a message for us all. Let us first examine the birth of the Christian way and then analyze how faith has thrived in some toxic environments.

The Church’s nature is to be global, “Catholic” means universal. Therefore, we must acknowledge the perseverance of the Church in the farthest corners of the world, from Rome to Japan. After Pentecost, when the Apostles were given tongues of fire by the Holy Spirit, they traveled the world evangelizing both Jews and Gentiles.

The Apostles traveled far and wide, such as Thomas who went as far East as India, where he was eventually martyred. It was the successful conversion of the West by Peter and Paul that would ultimately make Christianity accessible globally with Rome as its vessel. Rome, as the cultural and political epicenter of the civilized world, needed to be evangelized by Peter and Paul in order to bolster the faith.

One must give credence to the other significant cities which claimed apostolic inheritance (i.e. Jerusalem, Alexandria, Antioch and Constantinople) who were all under the banner of the Roman Eagle, making Rome the center of Christendom. The apostles set the first example of living out their faith in a world which mistook them, but they still lived in their time.

Christian Rome evangelized all of Europe, the continent which produced several colonial empires which would further bring Western culture and the Christian religion to the remote provinces.

In the colonial era, the West was broadening its influence and control globally. The empires of France, Spain, and Britain, being great admirers of Rome and its impact on the world, began to occupy foreign lands in the New World and in the Far East. In doing so, these Western powers spread European thought, history, and religion. Spain went as far as Japan, bringing with them Catholic missionaries who would begin their Eastern evangelization in a land which knew nothing of Christianity. These colonial powers stayed faithful to their cultures and faith while maintaining their status in the modern world.

Ken Foye informs us in his article, “What Japan Teaches about the Invincibility of the Faith”, that the Portuguese made their way to Japan in the mid-16th century, being accompanied by “Jesuit missionaries” which resulted in “Catholicism spread[ing] in Japan” rapidly. Come the 17th century “Japan had closed itself off completely from the rest of the world…Missionaries from abroad were killed or expelled…there were no priests left in the country.” The isolationist behavior of Japan at this time was a response to the Western influence seeping into its culture. Japan, like many other non-Western people, acted in this way as a form of resisting colonization. In doing so we see a negative outcome for those Japanese people who embraced Western religion.

Foye then examines the nature of “Japan’s ‘Hidden Christians’” who practiced their faith in private, without clergy, and away from the rest of society in fear of what punishment they would face if they were found. When discovered by the governing authorities, these Catholics would be compelled to commit blasphemy against The Lord, such as being “forced to stomp on images of Christ or the Virgin Mary.” The endurance of Catholics in the face of tyranny strengthened the faithful, which led them to embrace their persecution by making the blasphemies, such as the aforementioned stomping of images, into a secret form of Japanese Catholic worship.

Eventually, the darkness subsided and “By the 1860s, Japan had been forced to reopen by Western powers, soon leading to freedom of religion.” As a result, priests were able to return to their abandoned Parishes in order to re-evangelize and make Catholicism orthodox once again, since it had been “mixed with Buddhist and Shinto traditions.”

Twenty-first century Japan now allows freedom of religion. The Roman Catholic Church there is minute, yet potent. It has established schools, convents, and churches in every major city. All of this stems from the endurance of a small but deeply religious laity, who remained faithful despite the times.

Foye writes that “the laity…[is] the main driving force behind the renewal and re-strengthening of the faith… [they] kept Catholicism from dying in Japan.” So how could a country like Japan produce such a devout laity, while Western nations, such as America, produced a more nonchalant Catholic populace despite religious liberty being a foundational principle? In our nation, and the West in general, we have seen a decline in Church attendance among Catholics, according to Gallup, “fewer than four in ten Catholics attend church in any given week.”

Fortunately, in the year 2019 there are no such blatant persecutions against the Roman Catholic Church in America as the Japanese once faced. As college students, we are all at a critical age in which we are finding ourselves academically and spiritually. Therefore, recognizing our potential faith is important for our development as adults after college. Similarly, we need to be able to recognize the signs of future demanding circumstances that may confront us. Catholics in the West could conduct themselves like the Japanese did by behaving candidly.

The faithful should keep their eyes and minds open in order to identify potential issues and difficulties that they may face. We must realize the omnipotence of God’s grace to see how He is the greatest good and deserves our praise and love. All faiths, and specifically the Catholic Church, have deep histories to draw from.

When presented with reminders of scandal or the skeptical criticisms from friends, family, or professors, we must not lose sight of who we are. The attacks we may face are merely the prices we pay for living faithfully in our modern age. We, the faithful, may live differently from the majority in our society, however we still persist contemporaneously.

In twenty first century America, the University campus is a daunting battleground for men and women of faith. Even at denominational institutions, there is an apparent skepticism around faith and a dismissal of the faithful as being irrational, superstitious, and at times unintelligent.

American students should also look to the Japanese Catholics in order to see how we may overcome our spiritual strife while simultaneously being reminded that we have a more nurturing environment for faith than the martyrs of the East. Students should also turn to the great books of the church, including the Scriptures, the writings of the Church Fathers, the writings of Augustine, Tertullian, and Aquinas and many more. Just as it is in the nature of a student to be a disciple of his or her academics, so he or she should make him or herself a student faith.

The struggles faced by the faithful of Japan teach similar lessons to those of the Early Church Fathers: those tepid in faith will fall away like the mustard seed upon a road or poor soil whereas the faithfully devout will stand by the Church. So, we should all embrace our roots despite the worldly influences around us. Regardless of our faith we must endure our persecutions in a similar way that the Church Fathers and Japanese did.

Catholics in the West might consider the words of Pope Benedict: “The future of the Church, once again as always, will be reshaped by saints, by men, that is, whose minds probe deeper than the slogans of the day, who see more than others see, because their lives embrace a wider reality.” Perhaps the Church must shrink in order for Western Catholics to realize how precious our faith in God truly is.

Pope Benedict reminds us of this also when he states that the “Church that has lost much. She will become small and will have to start afresh more or less from the beginning… but in all of the changes at which one might guess, the Church will find her essence afresh and with full conviction in that which was always at her center: faith in the true God, in Jesus Christ, the Son of God made man, in the presence of the Spirit until the end of the world.” The choice to practice faith in our culture is not easy but be not afraid.

Phote: “The Great Wave off Kanagawa” by Katsushika Hokusai