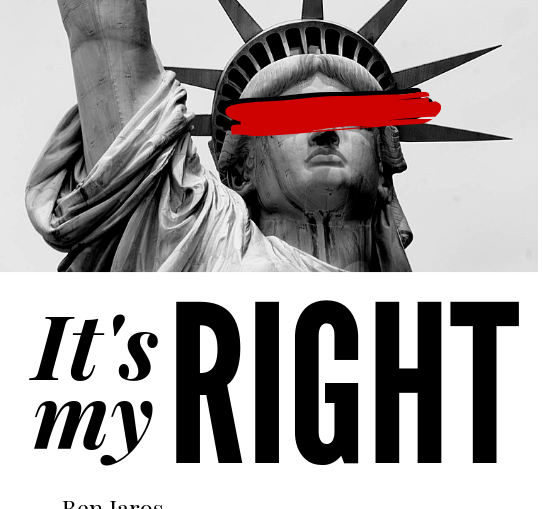 In 1856, when Bishop James Roosevelt Bayley and others founded Seton Hall University, they exercised their Constitutional right to freedom of religion:

“Congress shall make no law respecting an establishment of religion, or prohibiting the free exercise thereof; or abridging the freedom of speech, or of the press; or the right of the people peaceably to assemble, and to petition the government for a redress of grievances.”
(The Establishment Clause- 1st Amendment to the United States Constitution.)

Over the past school year, there has been a considerable discussion by both students and some faculty about the role, scope and presence of the Catholic Mission of Seton Hall.

This conversation has, if nothing else, revealed, a deep “insecurity” with the cultural and civilizational inheritance of the Catholic Intellectual Tradition and Western Civilization. However, the insecurity is intriguing because, in general, it seems to emerge from individuals who hold their own, personal, not fully-informed perspectives on what the Catholic Intellectual Tradition is, and what it means to be a member of that tradition. Therefore, I seek to clarify how that tradition is alive, and how it is a net positive for every member of this campus, even those who are not practicing or faithful to that Tradition.

A lot of the recent misunderstandings have centered around students claiming they have a “right” to engage in certain actions or say certain phrases.

The more notable examples include:

(1) Campus groups claiming their right to assembly in administrative buildings, the disruption of classes, and use of the library.

(2) Student’s claiming the right to “free press” in order to advance “journalistic expression.”

(3) Members of the University claiming their right to advocate for the undermining of the Catholic Sexual ethic and for the church to adopt a foreign understanding of our state in natural law.

In essence, these students all justify their actions and words with the phrase, “It’s my right.” The problem is, that the very application of this phrase, by these students, in those situations, indicates two significant misunderstandings.

First, the difference between rights “held,” or available, in the private sphere and those held in the public square. You may have heard of the phrase, “Separation of Church and State.” Usually, this phrase is used by individuals to indicate that a certain public policy objective is an attempt to enforce a religious precept through civil governance, as in a theocracy. However, the application of this phrase in the United States, with a liberal political structure, flows both ways. In the U.S., just as members of a certain religion cannot impose their theology through the State, the State cannot impose its “ideology” through a religious institution.

Seton Hall University is a private, religious institution. As such, when you came here as a student, you added this additional dimension to your education and the exercise of other complementary rights; as those things are embodied in the University Code of Conduct.

Nonetheless, the lack of understanding surrounding such “rights” is hardly the more amazing fact. Rather, the intriguing discovery, is that most students, and even many Professors, do not recognize that Seton Hall emerges from an entirely different philosophical tradition. This brings us to our larger discussion, the second misunderstanding of “it’s my right.”

Their claims to these rights and their coaching by faculty indicates a misunderstanding of the philosophy of education that grounds this University, and the philosophy that grounds their “civic rights.” Namely: this University emerges out of the Catholic Intellectual Tradition. This means that all “rights” come with responsibilities towards authorities and those surrounding us. These rights are conveyed through the Catholic Church and conferred to the lay and clerical faithful through Pope John Paul II’s “Ex Corde Ecclesiae” (From the Heart of the Church). “Ex Corde” is the Apostolic Constitution of the Church governing the administrative and cultural norms of a Catholic University. Two noteworthy points made by Pope John Paul II in the document are:

“§ 2. A Catholic University, as Catholic, informs and carries out its research, teaching, and all other activities with Catholic ideals, principles and attitudes. It is linked with the Church either by a formal, constitutive and statutory bond or by reason of an institutional commitment made by those responsible for it.”

“§ 4. Those university teachers and administrators who belong to other Churches, ecclesial communities, or religions, as well as those who profess no religious belief, and also all students, are to recognize and respect the distinctive Catholic identity of the University.”

In addition to the above points, this tradition, holds a “positive” understanding of freedom. This means that the possession of “rights” also confers a certain relationship with the Church. I cannot do “anything I want,” because everything that I do has an impact on the surrounding community. So, positive freedom implies that I choose to submit myself into a relationship with the holding authority. I am able to live freely within this relationship of shared responsibility, social accountability, and community. Another framework of positive freedom at work is one’s relationship in a family.

So, say you get home early, and you know that if you do not start dinner, your Mom or Dad will need to do it later. Therefore, as a member of the family, and hopefully acting out of love more than responsibility, you start the dinner as a demonstration of your care for your other family members. There is service in this relationship, but it also gives life. I live freely in this relationship, but I waive certain elements of my freedom. Namely, just doing whatever I want to, and not performing an act in the interest of my family.

In contrast, the “rights” being claimed by these students are “rights” from the Classical Liberal tradition. In the United States, because of the strong influence of John Locke through Thomas Jefferson, this tradition has a “negative” understanding of freedom. This freedom ends up misconstrued as gaining freedom by eliminating all exterior “burdens” that threaten the self and individualism, rather, than a relationship we live freely within.

This misunderstanding is more out of place and inappropriate because it seems to reveal that our University culture is insecure with a “contrary” philosophical intellectual tradition.

As if the success of Liberalism depends upon the “silencing” of all criticism. Nonetheless, the strengths of going to a school in the Catholic Intellectual Tradition are many.

Second, ideally, there is administrative and faculty support for the right ordering of relationships with each other, including the right ordering of our relationships with the opposite sex. As stated by the USCCB on Love and Sexuality: “Male and female is the twofold expression of human nature. Like human life itself, sexual difference is not arbitrary but is willed by God. Men and women are equal in dignity and yet are different from one another in important ways, including in their bodies and how they relate to each other and to the world.”

Third, the structure and culture of a Catholic University should be oriented in a way that allows for strong communal life to develop among students and faculty. Unfortunately, the individualism currently pervading our surrounding culture works to undermine that sense of community. Therefore, this sense of community would need to be somewhat counter-cultural by design.

There is beauty in this vision for our University. Perhaps it is beautiful because it is in continuity with our cultural heritage, as opposed to transposing another institution’s cultural values onto our system. It’s time to live for a University community each one of us wants to be a part of. Perhaps this vision is beautiful because it recognizes the reality that many people that attend Seton Hall do so as students to become active and capable members of society.

So, in these past examples, as they exclaimed, “it’s my right,” quantitatively and qualitatively speaking, “It is not.” However, that is okay. Building a shared sense of community at Seton Hall requires a willingness to engage with those you disagree with and willingness to go through the proper channels of communication. Therefore, with only two weeks left, focus on why you came here: to be a student. Focus on studying for finals, respect your fellow students, and SHU faculty. When we all act in our roles, we build and strengthen the community.

It is time to recognize that each of us plays a unique role here. This unique role is meant to be in fellowship with the community. This community recognizes that you are made in the image and likeness of God, and as far as I can tell, no “right” is greater than that.