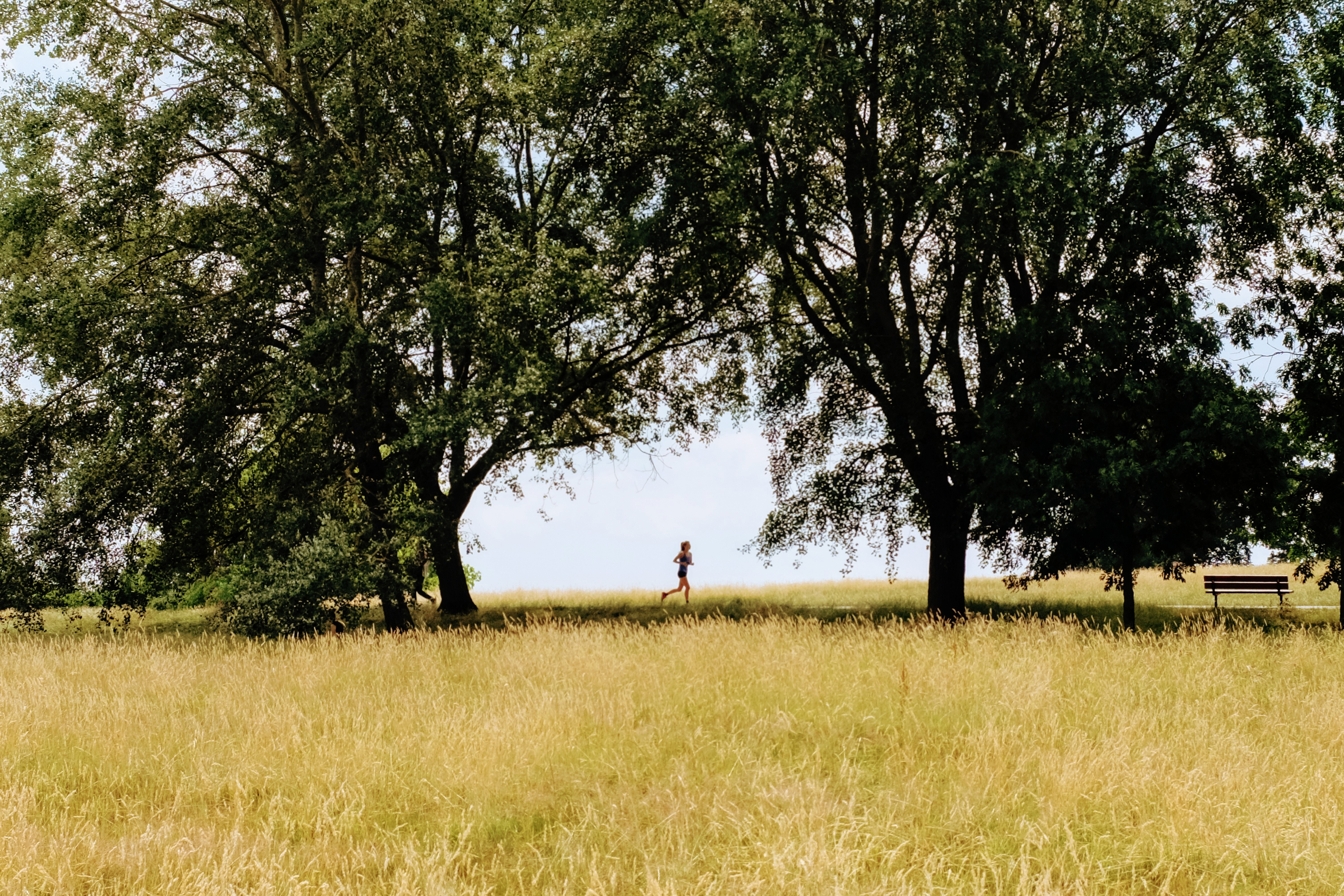 June 3rd, 2015. This date is unlikely to hold any significance for anyone outside of the running community or the professional sports industry. But for coaches and athletes, like myself, who follow national track news, it will forever mark the downfall of the Nike Oregon Project- a world-class track program that aims to put elite American athletes on top of the international racing scene. This is the day when doping allegations first broke out against renowned head coach Alberto Salazar. Almost overnight, the iconic team, once commanding near-unanimous reverence within the running community, was plummeted into suspicion and controversy.

A leaked USADA report cited former team members’ accounts of doping and altered medical documents, and revealed that Salazar had long been experimenting with performance enhancing drugs and using them on his athletes. Although no concrete evidence of foul play was discovered in the ensuing investigation (which continues to this day), the incident cast a shadow of doubt over all the Project runners’ records. As a freshman cross-country runner, I remember feeling crushed at my idols’ fall from grace. I wondered if I could ever view my sport, which now seemed disgraced, with the same pride and dignity again.

Sadly, the scandal of the Nike Oregon project is far from an isolated event in the sports industry of recent years. It is just another episode in a growing trend of doping, match fixing, and bribery spanning the past several decades. This time period has also seen an alarming rise in the correlation of sport with harmful and degenerative issues at the amateur and even spectator level, including eating disorders and domestic violence. However, before writing off sports as a cesspool of corruption and immorality, it’s important to keep in mind that sports are not inherently tied to the many unsavory practices surrounding them today. Rather, these institutions are products of a modern culture- a culture obsessed with materialistic end goals that are not representative of sports’ original, purest function.

Sports- though many might not say this- are genuinely spiritual, with an immense capacity to elevate those who partake in them to a higher good. This fundamental aspect of sports’ nature can be hard to see, considering the detrimental consequences that all too often result from a willingness do anything in order to increase their likelihood of winning. When people allow sports to take on such disproportionate importance that the desire for victory becomes all-consuming, the ultimate end goal of sports quickly comes to involve drugs, disordered eating, and other unhealthy corruptions. These actions degrade the integrity of both the athlete and the competition itself. Yet, with a balanced approach and an understanding of their true purpose and rightful place in our lives, sports can (and should) be so much more than the hypercompetitive, profit-based institution that our modern culture has turned them into- a powerful instrument by which to grow in faith and grace.

The origin of sport goes as far back in history as 7000 BC, as evidenced through paleolithic cave paintings found in present day Japan, France, and Mongolia, which depict wrestlers and sprint races. Clearly, sports are a deeply ingrained facet of human society, a manifestation of man’s natural drive to compete physically that spans time and diverse cultures. However, in its earliest forms, sports were not intended to be so intensely competitive an activity as they are in today’s professional industry. In fact, the word “game”, which now refers to matches and competitions across various sports, comes from old English and Germanic stems meaning “pleasure, amusement,” and “something that causes delight or joy.” Another root word, the Gothic term “gaman,” is roughly defined as “partner” or “fellowship.”These telling etymological origins speak to the original ideal of sport as a noble form of leisure, focusing on the value of camaraderie and teamwork in working together to overcome challenges.

Another intention of sport that seems to have been lost over the centuries is that it is in some ways a form of expression of self; the way an athlete plays is to some extent an expression of who he or she is as a person. Ideally, a player who shows grit, toughness, and integrity on the field is reflecting those traits as part of her very soul and being.

This is a very different understanding from the way so many athletes today over-identify with sports, thinking that the performance itself is what measures their worth- a dangerous mindset that is often a major contributor to the negative by-products previously described. The key contrast behind this misconception is a failure to comprehend that sports’ true essence does not revolve around its players at all. Whatever achievements athletes strive for on the field or track is not truly a reflection of themselves, but the higher power to whom all earthly things owe glory.

Once again, it seems strange that early peoples were on the right track with this view of sports, while today’s advanced cultures are lacking. For example, in Ancient Greek civilization, sports were an extremely important indicator of a man’s strength and therefore of his personal honor; yet, at the same time, the first Olympic Games was originally set up as part of a religious festival to please the gods. The Greeks recognized that there is a spiritual element in using one’s natural athletic gifts to the best of one’s ability, and that feats of bodily strength can hold greater significance in reflecting the divine character of their deities. Without the pagan components, this is essentially what Christians view as the basic purpose underlying not only sports, but every activity in which we invest our time, talents and effort. Whether it is sports, music, art, or any other field, we are called to do “whatever you do, in word or in deed… in the name of the Lord Jesus, giving thanks to God the Father through him” (Colossians 3:17).

All God-given talents and activities are meant to be used as stepping stones to knowing Him more closely and as vessels for keeping Him at the center of our lives. Every opportunity to perform them is a chance to reach out for contact with God in some way, to testify to His glory and to praise, bless, or thank Him for these gifts.

This understanding of the ultimate role of every pleasurable hobby, when applied to sport, may be the key to turning it back into an avenue leading participants to virtue, rather than corruption. For, if an athlete can see that the real point of playing is not simply to win for the sake of winning but to honor God above all, then he logically would not place so much significance on this short-term goal as to justify the doping and vile behaviors that so often distort the meaning of sports in our world today.

From my own experience as a college cross country athlete, I can testify that there is indeed a link between sport and the sacred, despite the poor public image that cheating and corruption sometimes create. There are always certain points during the season when the stress of competition starts to overwhelm me; I start to obsess about hitting times and get excessively upset over poor race results. Contradictory as it may seem, I’ve learned that simply going to practice is the most effective remedy for this mindset of caring too much about these arbitrary outcomes. I never feel closer to God, or so brimming with appreciation for the blessings of life, health, and friends, than in those moments of camaraderie and triumph-mingled exhaustion at the end of a long run or track workout with my teammates.

I often feel inspired to raise up a silent prayer of thanksgiving. Now, it might just be the kinetics-induced rush of endorphins, the famous “runner’s high,” that brings out in me this state of heightened devotion, but I’m no expert in exercise science. What I know for sure is that whenever my mind and soul are filled with these emotions, I am reminded that there is so much more to cross-country, as any sport, than the minute details of my personal performance. Once I am grounded again in this truth, the rest all falls naturally into place, and I can avoid the trap of getting too caught up in times and places. It is not these components of sport that define me, but the way I honestly persevere in my training to honing whatever talent I have and running to my best natural ability. In this way, I am fulfilling my sport’s higher purpose of witnessing to the creator’s glory.