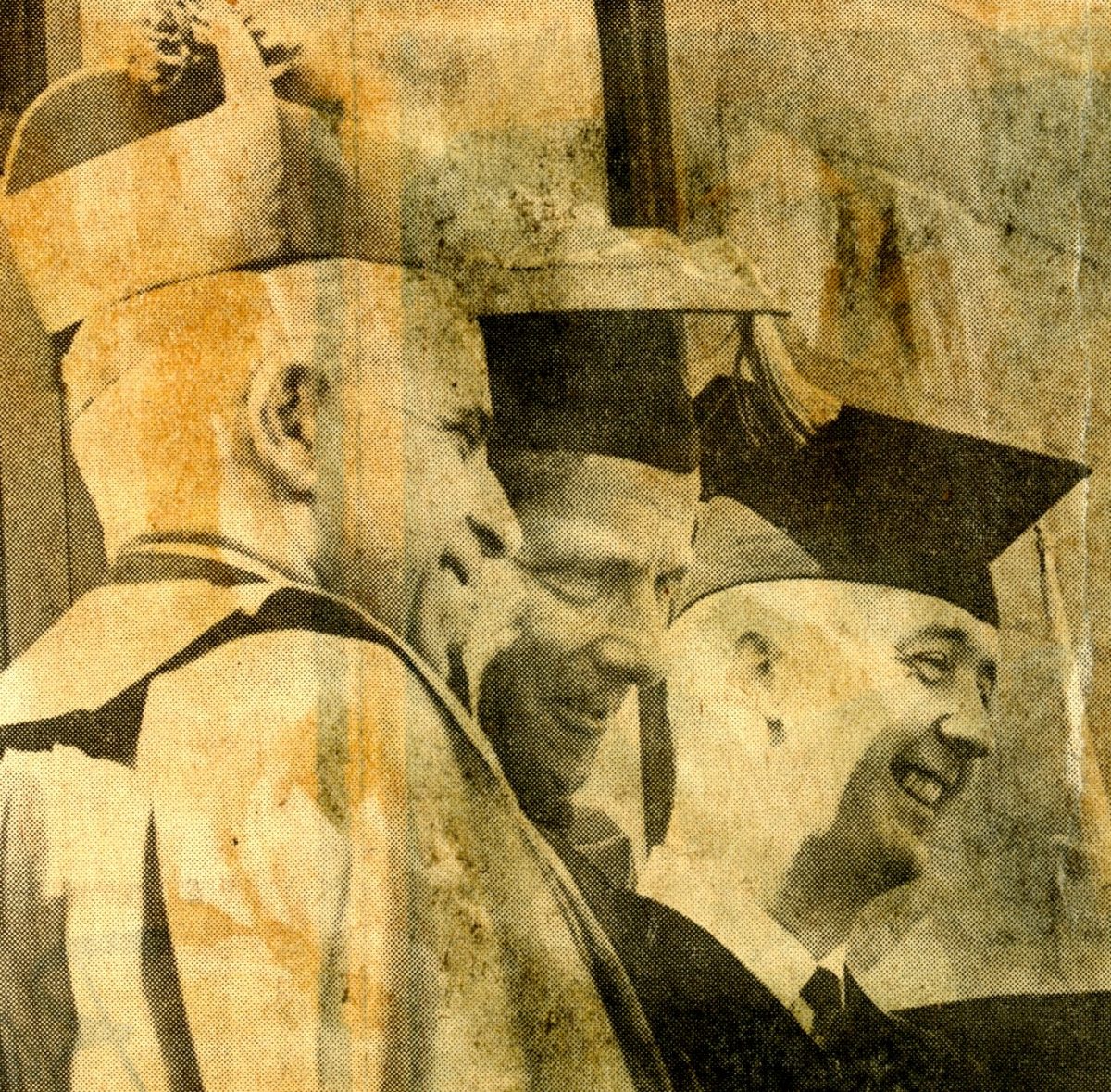 In commemoration of the 50th anniversary of the first successful Moon Landing by humankind, this month has been a time of reflection in regard to the wonders of inter-galactic exploration that have made history.  The American space program was very active during the 1960s as a number of different astronauts and support staff completed memorable missions beyond the borders of Earth made it possible for scores of individuals to learn more about our solar system as a result of their collective efforts.  Those connected with Seton Hall were no different in its fascination with astronomological  studies through the sharing of news updates, course content, and seeing what would come next in the evolution of space travel and discovery. 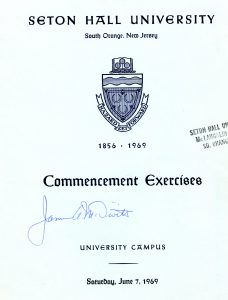 In light of the popularity of the cosmos created through the National Aeronautics and Space Administration (NASA) and its successful work made those associated with the program not only trailblazers, but also heroes and role models.  This led Seton Hall to bestow an honorary degree of science on James Alton McDivitt (b. 1929), a United States Air Force Brigadier General (Ret.), Aeronautical Engineer, and Astronaut whose work with various programs between 1962-72 as part of NASA led to command of the Gemini 4 mission which included the first U.S. spacewalk and the Apollo 9 mission of April, 1969.  This latter endeavor encompassed the testing of Lunar Modules and hardware that would be used a few months later on the famed mission to the Moon that achieved success and renown two months later.

McDivitt himself made history as the first Roman Catholic to soar into space.  Along with this milestone, his  accomplishments on the whole were recognized by University President, the Most Reverend John Dougherty in his last official act before retirement when he introduced then Colonel McDivitt at the morning commencement ceremony of June 7, 1969 with the following words . . .

“Mother Earth is a Jealous Guardian, and Few are the Men who have been privileged to free themselves completely from her embrace.  Yet he whom we honor here has done so twice . . . Were it not for the knowledge gleaned from the experiments with Apollo 9, of which he was the command pilot, we would not now – – actually and vicariously – – be standing on the threshold of the moon and, perhaps, beyond.  Stalwart in honor, upright in integrity, steadfast in bravery, devoted to his family and his country and his God, he was but a natural choice to become an adopted son of Seton Hall.  For he is of the stuff of heroes.”

Before a graduating class of 1,887, Colonel McDivitt noted to those in attendance that: “You are entering into another form of life, and there is a lot to be done . . . With luck, skill and hard work I am confident we will land on the moon this year.  I am also confident that in your lifetime you will see men on Venus and Mars.  Landing on the moon is only the first step in space exploration.  Perhaps in your lifetime you will be called upon to solve problems on Mars and Venus along with those on Earth and the knowledge we gain will help the lot of people all over the world.”  He also urged the graduates to keep both their standards and ideals high as they made their way in the world.  Another revelation came when Colonel McDivitt mentioned that he carried a relic of Mother Elizabeth Ann Seton on his Apollo 9 flight that was sent to him by a nun who prayed for his success and in the process made the bond closer between the honoree and his fellow alumni.

With his words as a prelude to the Moon landing and the exploration of Mars that is currently being undertaken, the words of Colonel McDivitt live on and have provided the Seton Hall community and others who heard his message with a hopeful note moving into the future of time and space discoveries yet to ensue.