JARRETT DANG is a senior at Seton Hall University double majoring in Diplomacy & International Relations and Economics with a minor in French. Jarrett previously interned at the United States Mission to the United Nations, where he worked in the Press and Public Diplomacy Section. In addition to writing for The Diplomatic Envoy, he is the Executive Producer for the Global Current podcast and a research assistant for the DiploLab. His areas of interest lie in global human rights, post-conflict reconstruction, and international development.

International Relations, Modern Languages, and Philosophy. In addition to being the Managing Editor and the Secretary for Slavic Club, Harshana works at the DiploLab and is the research assistant of Dr. Sara Bjerg Moller. She is currently an intern at the Modern War Institute at West Point. Harshana’s interests include military artificial intelligence, military history, and Russia and the MENA region.

MEG GAWRON is a junior triple-majoring in Diplomacy and International 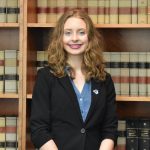 Relations, Philosophy, and Economics. In addition to being the International News Editor, Meg competes on the Brownson Speech and Debate Team and is the founding secretary for Seton Hall’s chapter of the John Quincy Adams Society. Her interests include international law and health policy.

COLLIN DURAN is a senior majoring in Diplomacy and International Relations with a minor in Russian. He has previously interned with the Western Massachusetts Office of the Governor and currently interns with New York City Councilmember Ben Kallos. His interests include workers’ rights, racial equity, and international economic systems. 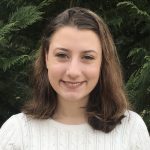 is a sophomore in the School of Diplomacy and International Relations minoring in Spanish. She is a member of the Diplomacy Cohort of the Buccino Leadership Institute and is involved with Girl Up SHU, the Global Current Radio Show, and is a Diplomacy Peer Mentor. Annie previously interned at the Law Office of Rosina Stambaugh in York, Pennsylvania studying immigration law. Her interests include immigration law and policy and women’s rights.

CHRISTIANA MONES is a junior in the School of Diplomacy. She is a Peer Advisor in the Center for Academic Success at Seton Hall.  In addition, Christiana competes for Seton Hall’s Mock Trial and Model UN teams. Her interests include climate change, international law, and economics. 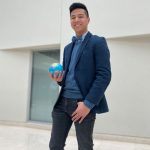 JOAQUIN MATAMIS is a senior at Seton Hall University, double majoring in Diplomacy & International Relations and Economics with a minor in Asian Studies. Joaquin is also the Associate Producer of the Global Current radio show, a chair on the Honors Program Student Advisory Board, and a co-chair on the Student Activities Board. He previously interned with the Department of Commerce, assisting with trade and market research. Joaquin’s interests include international security and conflict resolution.

SHWETA PARTHASARATHY is a sophomore at Seton Hall Universit

y majoring
in Diplomacy and International Relations, and minoring in Arabic and Economics. She is in the Buccino Leadership Institute’s Diplomacy Cohort and is also involved in Seton Hall’s competitive Model UN team and Indian classical dance team. Shweta also co-founded and is the co-president of Girl Up at Seton Hall. Her primary interests are in global women’s rights and the politics of post-conflict states. 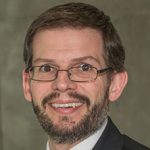