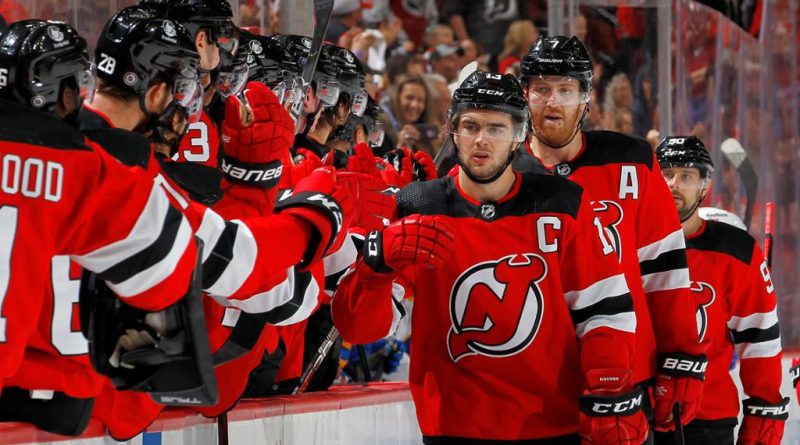 The New Jersey Devils have started the 2022-2023 National Hockey League (NHL) season red hot. They are currently 16-3 and are currently on a 13 game winning streak. Their only losses have come to the Washington Capitals, the Philadelphia Flyers, and the Detroit Red Wings. Some of the most notable wins were against the defending champions Colorado Avalanche, division rivals New York Islanders and Columbus Blue Jackets.

This long winning streak can be credited to the trades and signings made during this past off season.

One of their key acquisitions was signing defenseman John Marino, who has been a key part of their revitalized defense in recent games. Maybe even more significant than Marino has been the signing of goaltender Vitec Vanecek on a three year deal. Vanacek has been a superstar so far this season. He has 2.15 average goals allowed in the 15 games he has played in this season which is third best in the NHL. Vanacek’s consistent play has alleviated pressure on the Devils offense allowing them to improve remarkably compared to last season. One of those offensive players who has benefitted greatly is captain Nico Hischier.

The players have credited Hischier for being a leader that this team has needed this season and has led them throughout this prolonged winning streak. Overall, the Devils are sending a message to the rest of the league as they sit atop the Metropolitan Division thanks to these 13 consecutive victories. New Jersey has five more wins than the second place Carolina Hurricanes. It is a mixture of amazing team chemistry and great leadership that has led us to this point. Tomas Tatar, Jack Hughes, Jesper Bratt, and many more Devils have shown an immense amount of passion and effort for this team allowing the Devils to find a new level they have not been on in a very long time. Even with 13 consecutive wins, this is a hockey team that is not satisfied and has goals much larger than just regular season success.