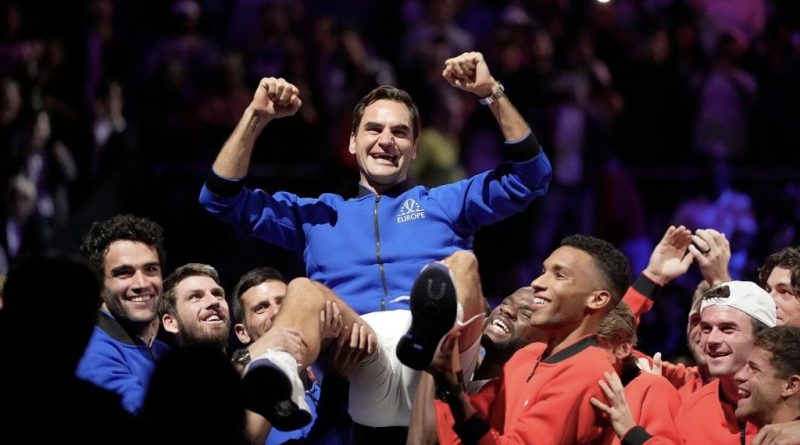 On Friday September 23 in London, we got to see the last professional appearance of one of the greatest athletes in history. 20 Grand Slams and many unbelievable moments, Roger Federer retired as the man with the third most Grand Slam trophies. Federer also reached glory in the Olympics, winning a silver medal in London 2012 in singles, and a gold medal in Beijing 2008 playing doubles. 310 weeks saw this amazing player be at the top of the ATP ranking, including 237 consecutive weeks, making him one of the greatest to ever play the game.

The Swiss couldn’t stop surprising us, he was the king of grass surfaces, almost unbeatable there, he turned Wimbledon into his playground. Roger won his first Wimbledon title in 2003, he lost just one set during the tournament, that is losing 1 set out of 22 sets that he played. That would be the first out of 5 consecutive championships in the tournament, Federer was the only Wimbledon champion from 2003 to 2007, he would win it 3 more times after that. If winning five consecutive times the same tournament is hard, doing it in two different tournaments is even harder. Roger won the US Open five consecutive times, from 2004 to 2008. He also won the Australian Open on six separate occasions. All of these tournaments were played either on grass or hard surfaces. This is relevant because clay was one of his biggest enemies. The Rolland Garros or French Open is played on a clay surface and Roger always had some kind of struggle there. Just like he is the king of grass, clay also has its king, Rafael Nadal is the absolute king of clay, 14 titles leave no doubt about this. However great players always conquer their biggest challenge, it was in 2009 when for the first and last time Federer would win the French Open.

Together with Rafael Nadal and Novak Djokovic, Federer would form tennis’s big three and give the public amazing games. Many memories can be thought of when it comes to these three, long matches with amazing plays, impossible shots and many moments that will go down as some of the greatest in sports history. It is impossible to talk about Federer without talking about the other two, but especially “Rafa.” The king of grass vs the king of clay, a remarkable rivalry unfairly punished by injuries. Games between these two made the world put its eyes on tennis, it was games between these two that people kept talking about months and years after, it was games between these two that brought a lot of people who were not well versed in tennis into the game. This rivalry made it even harder to say goodbye to Roger, that image in the Laver Cup where they are holding hands with “Rafa” in tears is going to be one of those pictures that future generations will have posters of. That picture represents Roger, a great athlete who gave his 100% on the court, an athlete respected by rivals and teammates, a great guy, and a tennis player who evoked emotion every time he stepped on the court.

Twenty amazing grand slam championships, 103 total titles and a career that will go down in history, the tennis world will miss Roger Federer.