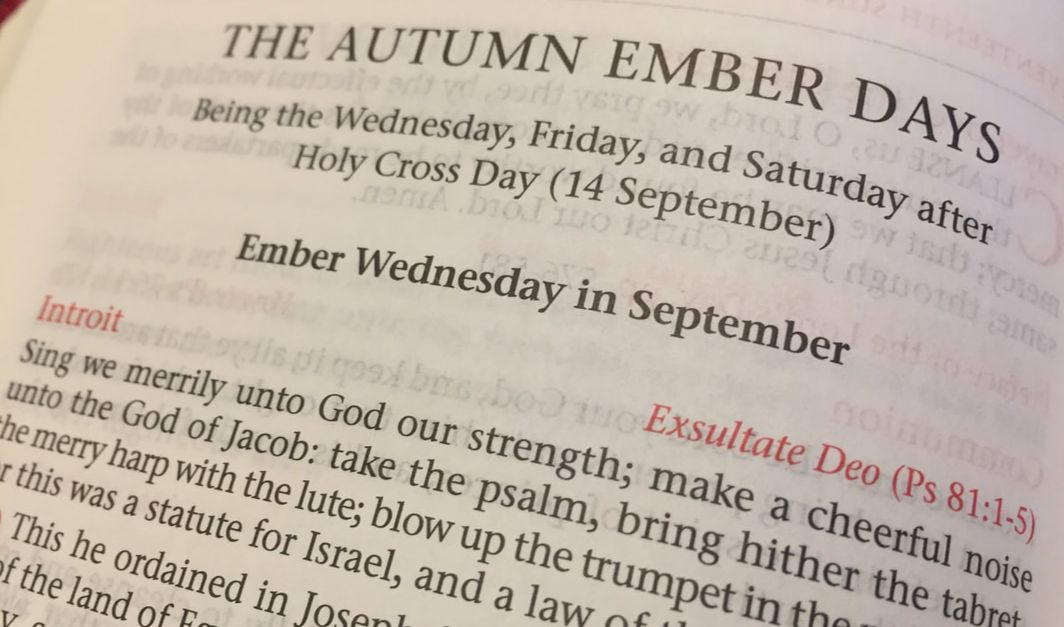 During a discussion among medievalists on prayer, I mentioned the ember days in the Church’s liturgy. Middle-aged participants asked: “What are ember days?”

My friend Frank Henderson and I gave some attention to the topic in “Jews and Judaism in the Medieval Latin Liturgy” (see p. 191-92).

In the proceedings of a conference The Ways That Never Parted: Jews and Christians in Late Antiquity and the Early Middle Ages, edited by Adam H. Becker and Annette Yoshiko Reed (Minneapolis: Fortress, 2007), Daniel Stökl Ben Ezra offers a wide-ranging study, “Whose Fast Is It? The Ember Day of September and Yom Kippur” (pp. 259-82 with charts of the Biblical readings in the Roman rite). He introduces his essay with a quotation from Pope St. Leo I (the Great), who reigned from A.D. 440-461:

Confidently encouraging you with fatherly counsels, dearly beloved, we preach the fast dedicated in the seventh month to the exercises of common devotion, sure that what was first the Jewish fast will become Christian by your observance. (Sermon 90:1)

Particularly in light of Leo’s familiarity with contemporary Judaism and his references to the fast as part of the Jewish heritage of the church, the theory of a completely independent development of these Christian and Jewish readings seems highly unlikely. Competition with and influence from the Jewish Yom Kippur plausibly explains the dominance of Old Testament readings and the focus on repentance and propitiation.

Because detailed sources for Jewish practices in Rome in the fifth century are not available, Dr. Ben Ezra’s conclusion is tentative, but it seems that non-polemical contacts allowed for Christians in Rome to learn from and adapt the Jewish practices of fasting. In the modern period we can learn from each other, and Christians should learn from the Jewish background to Matthew 5:1-18 how prayer, fasting and alms-giving reinforce each other.