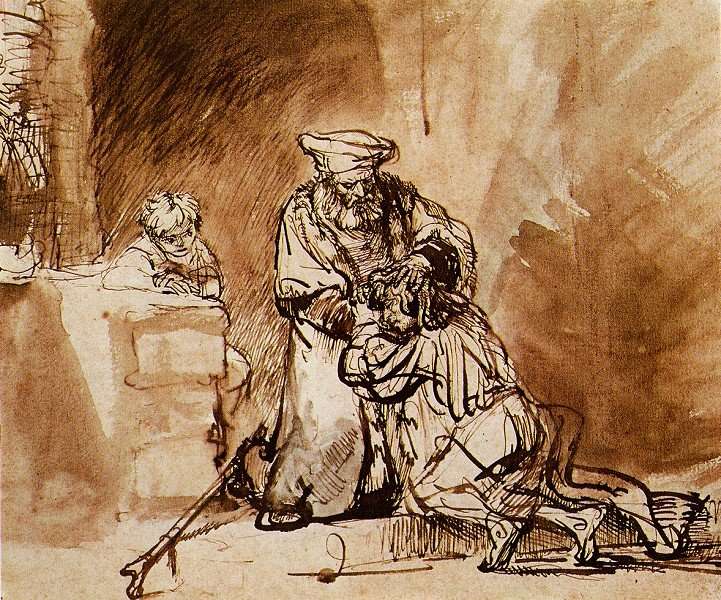 Drawing on Leviticus 25, the universal Church initiated the jubilee year in 1300. The pattern developed to celebrate a spiritual releasing from debts and the slavery of sin every 25 years, with special jubilees relating to the major anniversaries of the Death of Jesus in 1933 and 1983-84. Pope Francis has declared that an extraordinary jubilee of mercy will be celebrated from December 8, 2015 to November 20, 2016, the Feast of Christ the King. The Second Vatican Council was closed by Blessed Paul VI on December 8, 1965, so Pope Francis looks back in gratitude and forward to the ways in which the Church should apply the balm of mercy to a needy world.

The reflection on God’s patience and mercy quotes Psalms 103:3-4; 146:7-9; 147:3, 6 to show “the grandeur of his merciful action” (#6). The litany Psalm 136 with its refrain “For his ḥesed endures forever” is important in the Jewish liturgy and was prayed by Jesus and the disciples after the Last Supper (#7).

The extensive reflection on the public ministry of Jesus avoids any contrast between “Law and Gospel” (#8-9); rather, the continuity of God’s plan to bring forgiveness and peace to the world is implicit throughout (see #17 with quotations from Micah 7:18-19 and Isaiah 58:6-11).

With the quotation of Hosea 6:6 in Matthew 9:13, Jesus offered “a liberating vision of mercy as a source of new life; Jesus was rejected by the Pharisees and the other teachers of the Law. In an attempt to remain faithful to the Law, they merely placed burdens on the shoulders of others and undermined the Father’s mercy” (#20). This document is not the place for a lengthy discussion of how Pharisees, especially in the House of Hillel, found ways to alleviate burdens brought by changing circumstances. However, phrases like “the Pharisees” might read “some Pharisees.” The paragraph ends: “The appeal to a faithful observance of the Law must not prevent attention from being given to matters that touch upon the dignity of the person.”

Appealing to Hosea’s dictum, “’I desire ḥesed and not sacrifice…’ Jesus affirms that, from that time onward, the rule of life for his disciples must place mercy at the center, as Jesus himself demonstrated by sharing meals with sinners…This is truly challenging to his hearers, who would draw the line at a formal respect for the Law. Jesus, on the other hand, goes beyond the Law; the company he keeps with those the Law considers sinners make us realize the depth of his mercy” (#20).

Coming to the apostle Paul, who pursued the justice of the Law with zeal (see Phil 3:6), Pope Francis states that “his conversion to Christ led him to turn that vision upside down…” The Greek term translated as “justice” would be rendered better as “righteousness,” the divine attribute that is in a creative tension with mercy as people strive to imitate God in their lives. Hosea is quoted at length (11:5-9) to “help us see the way in which mercy surpasses justice.” The next part of #21 gives the assurance that “God does not deny justice. He rather envelopes and surpasses it with an even greater event in which we experience love as the foundation of true justice.” For Christians, “God’s justice is his mercy given to everyone as a grace that flows from the death and resurrection of Jesus Christ.“ The reader must recall that this document is addressed primarily to Catholics, and here touches on themes about which, over the centuries, many saints and scholars have pondered at great length!

In generosity of spirit, the bull notes: “There is an aspect of mercy that goes beyond the confines of the Church…Israel was the first to receive this revelation (of God’s mercy) which continues in history as the source of an inexhaustible richness meant to be shared with all mankind.” Muslims “too believe that no one can place a limit on divine mercy because its doors are always open” (#23). This section ends with an appeal:

I trust that this Jubilee year celebrating the mercy of God will foster an encounter with these religions and with other noble religious traditions; may it open us to even more fervent dialogue so that we might know and understand one another better; may it eliminate every form of closed-mindedness and disrespect, and drive out every form of violence and discrimination.

May people in many parts of the world take up this challenge for encounters and discussions that will bring a deeper understanding of the call to temper the search for justice with the blessing of mercy.