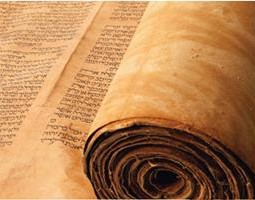 This page summaries some of the methods used by scholars to analyze and interpret Biblical writings in the academic study of the Bible. It also provides links to other websites that provide more in-depth historical overviews; classic and modern bibliographies for further study; and/or access to ancient manuscripts and/or their translations. For further study, see Douglas A. Knight (ed), Method of Biblical Interpretation (Nashville: Abingdon, 2004).

An outline of free databases, journals and websites designed to help students and scholars with their work and research in various areas of Biblical studies can be found on my website here.

Textual criticism is a discipline that focuses on establishing the original or most authentic wording of Biblical texts and/or manuscripts. Because the texts and manuscripts of the Bible have been preserved in a great variety of copies and ancient versions, the objective of textual criticism is to discover or reconstruct the purest text or the “critical text” that most closely approximates what was first written by the original authors.

Scholars who utilize this method often examine a myriad of sources to aid them in their work. Some of the most commonly used sources in textual criticism include:

Source criticism focuses on identifying and dating any sources and materials to which the Biblical authors may have referred when writing their text. Scholars utilizing this method rely on various phenomena such as writing style, vocabulary, reduplication and discrepancies within the Biblical text as well as overt references by Biblical authors to other writings such as the Book of the Jashar (Joshua 10:13 and 2 Samuel 1:18) and the Sayings of the Seer(s) (2 Chronicles 33:19).

One of the most well-known approaches that arose from the source criticism method is the Documentary Hypothesis or JEDP theory, which speculates the Pentateuch is a final redaction from the following four separate and independent hypothetical narratives:

For further study, see Ernest Wilson Nicholson, The Pentateuch in the Twentieth Century: The Legacy of Julius Wellhausen (Oxford: Clarendon, 2002). A wide-ranging survey is also offered in The New Jerome Biblical Commentary, 1113-45.

Form Criticism is a method that divides Biblical scripture into units, categorizes these units according to their literary genres, such as prose, poems, genealogies, etc., and seeks to determine each unit’s original form and period of oral transmission by analyzing the sociological setting or Sitz im Leben in which the text was composed and utilized.

See Marvin Alan Sweeney and Ehud Ben Zvi, The Changing Face of Form Criticism for the Twenty-first Century (Wm. B. Eerdmans Publishing, 2003) for analyses of the evolution of form criticism.

This method examines the editing, modification and copying differences between Biblical texts and manuscripts as well as the way and order in which the texts and manuscripts have been collected and arranged. Scholars who follow this method aim to determine a Biblical author’s theological intentionality and to reconstruct the community to whom the Biblical author was writing from their examinations.

Scholars employing this method view meaning as a socially-constructed phenomenon. This type of exegesis therefore attempts to understand a Biblical text and its author’s purpose and intentionality by utilizing specialized methods, theories and models from the social sciences and cultural anthropology to help them reconstruct the cultural and social setting in which the Biblical author lived.

This method focuses on examining the rhetorical features of Biblical texts, such as:

Narrative Criticism analyzes Biblical texts for literary rather than historical content. This form of exegesis treats the text as a literary unit and focuses on analyzing such narrative phenomena as: