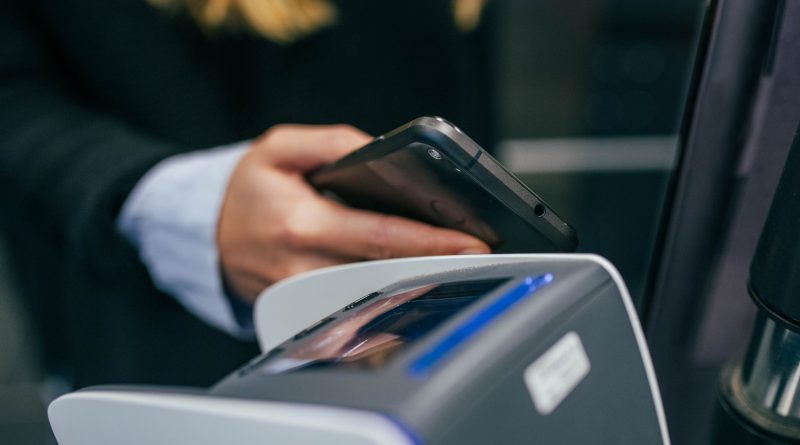 The crisis in Ukraine has led to a reexamination of the integrated world economy. Countries have condemned the war, provided aid to Ukrainian refugees, and have imposed harsh sanctions on the Russian elite. These sanctions are also reaching everyday Russians, as some central banking and technology companies stopped processing electronic purchases in Russia, including smartphone-enabled payments and debit cards. This decision, in concert with the Ruble’s declining value, left many Russian citizens rushing to abruptly withdraw cash from their bank accounts. A similar transaction interruption crisis happened in 2018 due to a network crash in which European Visa customers found themselves unable to purchase goods and services. It is wise to engage in a new conversation about the risks of the rapid proliferation of cashless economies given the harm caused to ordinary citizens using cashless forms of payments. As cashless economies grow, governments must develop strategies to ensure equal access to commerce and protect the financial autonomy of their citizens.

Cashless economies have existed long before paper notes and coins, with bartering and trading systems. The advent of promissory notes and personal checks provided an effective alternative to currency transactions, though the actual of transfer of funds was not immediate. The development of debit and credit cards has abruptly hastened the shift to a cashless economy as these financial instruments allowed for an instantaneous transfer of funds from one party to another. Now, emerging mobile payment applications, such as Zelle, make it more convenient to conduct large and small-scale commerce for large populations.

Electronic methods of transferring funds seem like the natural and appropriate evolution of currency, given the age of technology we live in. However, these methods leave many behind since cashless transactions require a bank account or mobile device. Those that choose not to engage in the banking system may experience discriminatory commercial practices and be left behind as the economy modernizes.

During the COVID-19 pandemic, consumers met several obstacles with cashless systems. More businesses adopted cashless transactions that allowed customers to buy items without making physical contact. This strategy helped workers and consumers participate in the economy while mitigating the risk of contracting the virus. Unfortunately, this explosion of cashless transactions also revealed a disparity in access to commerce that many who are not facile in cashless systems or that do not own a bank account experience.

Bank accounts are expensive for low-income communities, even in seemingly developed nations. A survey by the Federal Deposit Insurance Corporations (FDIC) found that in 2019, approximately 7.1 million U.S. households were unbanked. The pandemic created a dilemma for those who received the $1,400 USD stimulus in a physical check rather than direct deposit. The Consumer Federation of America (CFA) states that the average cost of cashing fifty $360 USD checks ranges from $160 to $960 USD. Similar costs come from overdraft fees, maintenance fees, and interest fees from checking and credit accounts. This is something that governments can mitigate through proper legislation.

In the U.S., federal law states that banks may charge consumers fees for account maintenance, interest accumulated, and other services as long as they give notice. Usually determined by banks and market levels, the average overdraft fees in the U.S. hit a record high of $33.58 USD in 2021. By placing stricter limits on the amount of money banks can charge for fees, consumers may feel more inclined to open bank accounts which allow them to engage more freely in the cashless economy.

Governments must begin to generate policies that not only protects citizens from financial burdens, but by making it easier to access cashless payment methods. By looking at the issues in current economies about cash and non-cash transactions, governments can mitigate unstable transitions from cash to cashless. For example, Kenya and money transfer company M-Pesa created a cashless system by supporting micropayments and offering support such as 6.65% interest per annum in a savings account and microloans. The critical component is Kenya’s involvement in the service and bond ownership.

Due to the rapid spread of smart phones and financial support to continuously improve technology, Kenya’s deliberate, government-regulated move to cashless systems was not only successful, but made money more accessible to low-income communities. India is following in Kenya’s footsteps by supporting access to cash by launching E-Rupi, their own digital payment system. By governments becoming more invested in digital payment opportunities, they advance technologically while supporting their unbanked citizens.

Governments must guarantee equal access to cashless forms of payment for all citizens by creating policies that prevent cash payers from being abandoned altogether. For instance, Massachusetts and New York issued laws banning retail businesses from requiring only the use of cashless transactions. This protects citizens from being unable to purchase goods and also discourages credit card companies from incentivizing businesses to push cashless-only practices.

Lawmakers can guard consumers against discrimination and improper fees by being proactive and forward-thinking with regards to the evolving cashless economy.

Companies themselves can also provide their consumers with more favorable alternatives. The FDIC joined with MasterCard to campaign #GetBanked to persuade the unbanked to create bank accounts. MasterCard has provided prepaid cards with direct deposit services for those that cannot afford to open an existing account.

While ubiquitous cashless economies are looming, striking the proper balance between private-sector excess and government over-regulation will be critical. On the one hand, the fear of giving up financial autonomy to governments or private companies seems alarming. On the other, companies could gouge their customers with crippling fees if all are forced to use cashless transactions. As the pursuit for convenience and innovation fuels the changing economy, governments must partner with banks and technology companies to ensure ethical and consumer-friendly money transfer practices. Doing so will reduce the individual financial uncertainty that occurs during crises such as pandemics or war. Proper government-level engagement will establish a healthy transition to novel forms of payment between the public sector, private sector, and consumers.

Angie Orejuela is a first-year M.A. Candidate at the School of Diplomacy and International Relations specializing in Foreign Policy Analysis and International Security. She is an Associate Editor for the Journal of Diplomacy. She is currently working for an Information Technology company and learning Data Analysis. Angie hopes to one day work at a think tank and research disinformation, A.I. advancement, and data operations. Angie earned her bachelor’s degree in English from Rutgers University in 2019.

2 thoughts on “The Rise of Cashless Economies and Governments’ Neglect”