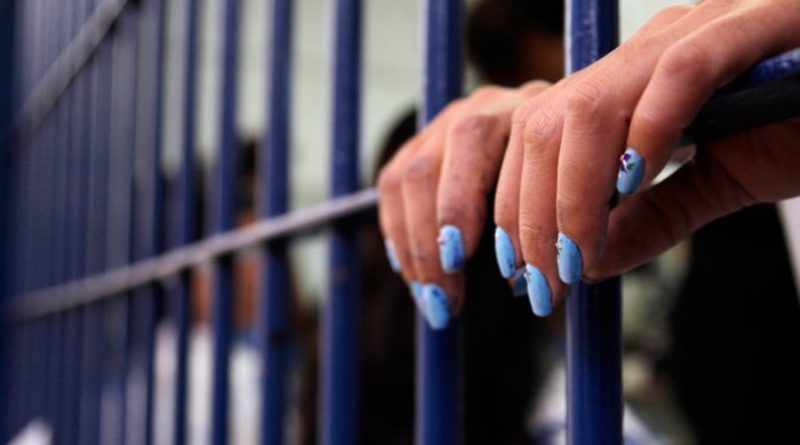 As women around the world continue to fight for their political, social, and economic rights, the high number of incarcerated women in Latin America have another barrier to overcome—the unfair treatment within the justice system. In the efforts to disrupt the drug trade, governments in Latin America imposed punitive drug laws that threaten security, public health, and human rights. Organizations such as the Washington Office of Latin America (WOLA) consistently call for governments to address the issue by modifying the drug laws with a human rights perspective to ensure the safety and rights of women. Given the extreme impact of the COVID-19 pandemic, Latin American governments must amend these laws and address the inequalities that led to the economic and social downturn in the region. Therefore, it is the responsibility of Latin American leaders to address the disproportional, inhumane, and abusive treatment of women by enacting and enforcing drug policy reforms.

The almost impossible task for women to advance in their communities is nothing new, but anti-drug laws have created another set of obstacles. Governments in Latin America crafted policies that included extreme penalties for the cultivation, production, transportation, and possession of drugs. While leaders in Latin America provided law enforcement and the military with more ammunition and authority to crackdown on drugs, the criminal enterprise maintains its power by increasing its production of illicit drugs and replacing recruiters upon arrest. Consequently, the incarceration rate for women increased by 51.6% from 2000 to 2015, compared to 20% for men. Most women’s involvement is of a smaller scale, such as possession, but many still serve maximum sentences, ranging between fifteen to forty years. To demonstrate the extreme penalties of the drug trade, WOLA, and EQUIS Justicia para Mujeres produced a film with stories of women imprisoned for minor drug offenses. All the women shared a similar socio-economic background of extreme poverty, abusive households, limited education, and coercion by a partner or family member to participate in the drug trade. To decrease the involvement of disadvantaged women in the drug trade, Latin American governments must first address gender inequality and unequal wealth distribution through anti-corruption efforts and amending the punitive drug laws, including sentencing, pretrial detention, and severity of the crime. Involving civil society organizations, such as Transparencia Mexicana, are essential in the decision-making process in providing oversight of the legislative process and ensuring law enforcement will be held accountable for abusing their authority.

In many justice systems in Latin America, women are disproportionately charged with possession with the intent to sell and threatened with the possibility of a maximum prison sentence. By contrast, men are more likely to be charged with simple possession and suffer only the minimum prescribed sentence. For drug-related crimes, pretrial detention is one of the main factors in the over-incarceration of women, as women are often detained for years before their trial. As these women are punished for small-scale drug offenses, organized criminal enterprises easily replace them and continue to operate. Meanwhile, the individuals in higher-level positions within the criminal organization, disproportionately male, often evade imprisonment. Thus, the gender-based disparity in convictions and pretrial detentions further deprives them of their liberty, right to a fair trial, and treatment.

The harsh treatment of women for simple drug offenses is also a threat to public health and human rights. Numerous reports of sexual and physical assault by law enforcement officials against detained women demonstrate clear and repeated violations of international human rights law, specifically under the International Covenant on Civil and Political Rights (ICCPR) treaty and the Convention against Torture and Other Cruel Inhuman or Degrading Treatment or Punishment treaty. Women are often perceived as disposable, making it easier for the judicial system to inflict abuse. Women are also not provided with sanitary products or necessary medical attention. From a public health perspective, the COVID-19 pandemic offers an impetus to release many incarcerated women immediately to prevent the virus from spreading.

Statistical data, countless complaints of abuse, and the negative impact of COVID-19 call for immediate action. Authorities must pursue novel, more humane approaches to addressing low-level, nonviolent drug offenses. WOLA recommends altering drug offense sentences laws by prescribing sentences more proportionate to the seriousness of the crime. Governments must also employ policies that enforce strict protocols in which law enforcement is held accountable for the maltreatment of detainees, restrict their use of force, and mandate institutions to follow up on reports of abuse. Outside of the criminal justice system, strengthening the role of development programs, such as the UN Sustainable Development Programme, will address the socio-economic problem by instilling regional projects that incorporate support in other sectors, including women’s participation.

Governments in Latin America must ensure human rights for all women, including incarcerated women, as a foundation for a prosperous country. The current drug laws are overwhelming the prison system and making it all too easy for military personnel and police to inflict pain and suffering on women without consequences. Women are often overlooked in these societies, leading to general apathy toward victims of physical and sexual abuse, and withholding primary medical care. The pandemic only exacerbated these conditions. Governments in Latin America need to address the unequal distribution of wealth and gender inequality by involving civil society organizations in policy decisions, investing in development efforts, amending existing drug sentencing laws, and law enforcement’s authority. Until leaders in the region pass laws with a gender-sensitive perspective, women will continue to face undue adversity and threats to their human rights and wellbeing.