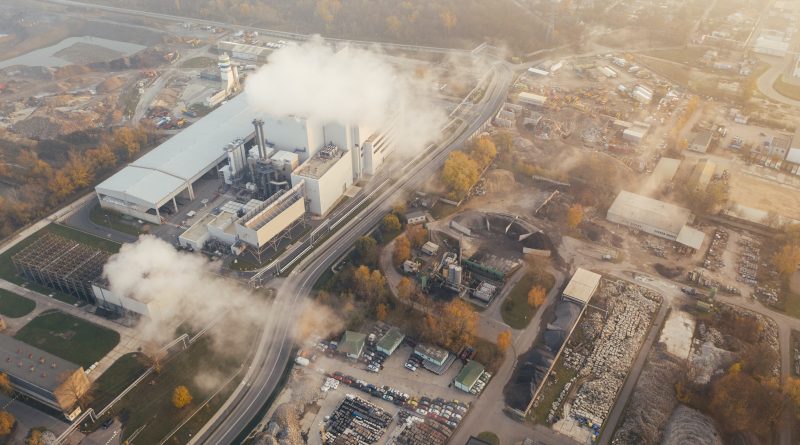 The greenhouse effect is the main driver of climate change and as the planet endures the rise of greenhouse gases such as carbon dioxide from human activities, the changing environment will negatively impact the lives of many. Global temperatures continue to rise, increasing the severity and frequency of extreme weather events, and displacing individuals. Biodiversity will decrease, affecting human health, and sea levels will continue to rise, destroying the homes of many. Therefore, the United States Congress must pass the America Mitigating and Achieving Zero-emissions Originating from Nature for the 21st Century Act (AMAZON21 Act). If the AMAZON21 Act becomes law, it will aid developing countries in meeting their emission reduction goals stated in the Paris Agreement. The procedures outlined in the bill will help to limit global average temperature rise to below two degrees Celsius (°C), mitigating the dangerous impacts of global climate change.

On average, the Philippines is hit by twenty typhoons a year. However, typhoons will become more frequent through the impacts of climate change, leading to a massive displacement of population,  damage to infrastructure, and severe flooding and landslides. It is predicted that by 2050, parts of Ho Chi Minh City and Bangkok will be submerged underwater and millions of people in Vietnam’s Mekong Delta could be forced to flee coastal areas due to rising sea levels. In addition, plants with medicinal value are in need of protection from the effects of climate change. Plants such as Asteraceae and Lamiaceae fight life-threatening diseases such as diabetes and HIV and are being developed in African countries such as Egypt, Somalia, Libya, and Gambia, all of which are water-scarce areas. More resources are necessary to mitigate the impacts of the climate crisis; a crisis which will have downstream effects on global health and security.

The AMAZON21 Act would give the Secretary of State the ability to establish an International Terrestrial Carbon Sequestration Program to assist developing countries in meeting their emission reduction goals stated in the Paris Agreement. These programs would provide result-based payments for ecosystem services to eligible projects in developing countries that reduce emissions and enhance carbon sequestration from forests and other terrestrial and coastal ecosystems. This is important because developing countries are responsible for 63% of current carbon emissions. In addition, projects would be eligible for results-based payments once the Secretary identifies that the projects reduce deforestation, restore forests to support enhanced carbon sequestration within the host country, or preserve terrestrial ecosystems such as wetlands, mangroves, and grasslands.  The Secretary will determine these factors by reviewing the emission reductions of each program, which will be measured by host countries.

The act also states that developing countries must ensure that women, indigenous communities, and other local stakeholders are empowered and enabled to meaningfully participate in the processes of programs.  The Secretary may enter into multi-year agreements to provide results-based payments to a host developing country or appropriate local partners in the host country. To support these projects, grants from the International Forestry Carbon Mitigation Funds may be accepted or funds from nonprofits, businesses, and development agencies are acceptable as well.  Aside from these options, the bill will also authorize $9 billion to the State Department to carry out these projects. The United States Agency for International Development (USAID), in consultation with the Secretary will also provide resources and tech assistance to developing states to conserve, manage, and restore forests and other terrestrial and coastal carbon sinks to support nature-based carbon sequestration to address global climate change.

Although the implementation of the Amazon21 Act would be beneficial, some may argue that the act is useless since the U.S. already participates in Reduction in Emissions from Deforestation and Forest Degradation (REDD) programs and the United Nations Framework Convention on Climate Change (UNFCCC).  REDD programs attempt to create financial value for carbon stored in forests by using market approaches to compensate landowners for not clearing or degrading their forests. Currently, the U.S. contributes funds to the Forest Carbon Partnership Facility (FCPF) and the BioCarbon Fund Initiative for Sustainable Forest Landscapes (ISFL), which help countries become REDD-ready. Furthermore, U.S participation in the UNFCC works to stabilize greenhouse gas emissions and requires developed countries to provide developing countries with financial assistance to address climate change.

So, since REDD programs and the UNFCC already exist, why should Congress pass the Amazon21 Act? Congressneeds to pass this act because the plans constructed by the nations of the world to tackle climate change over the next decade fall far short of what’s needed to avert a dangerous rise in global temperatures. The current climate pledges collectively produce only one-seventh of the additional emissions cuts needed this decade to help limit total global warming to 1.5°C, which is the threshold beyond which scientists say the dangers of global warming increase and cause deadly heat waves, water shortages, and ecosystem failures. It is also estimated that collectively, the Group of Twenty (G20) states are projected to fall short of their new Nationally Determined Contributions (NDCs) and other announced mitigation pledges for 2030. NDCs are climate action plans to cut emissions and adapt to climate impacts. Additionally, before the Conference of Parties (COP26) to the UNFCC in November 2021, developed countries fell short of their promise to deliver $100 billion USD a year in climate finance for developing countries.

Thus, if the AMAZON21 Act is not implemented, emission reduction goals on a global level will not be reached because committed resources are still too scarce to address the climate crisis appropriately. The Amazon21 Act provides an opportunity to further secure the safety of the planet and the livelihood of all; an opportunity that the U.S. Congress must not pass up.

Tajah McCray is a second-year M.A. candidate at the School of Diplomacy and International Relations at Seton Hall, specializing in Foreign Policy Analysis and Asian Studies. She is an Associate Editor for the Journal of Diplomacy, Treasurer of the Black Diplomacy Student Organization, and an intern at the House Foreign Affairs Committee. Tajah received her bachelor’s degree in International Relations from York College of Pennsylvania in 2020 and she hopes to pursue a career in public service.