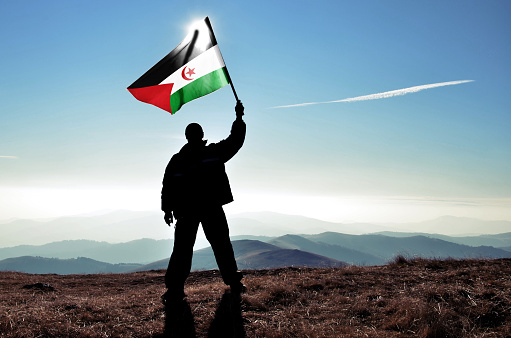 The situation in Western Sahara has ‘significantly deteriorated,’ according to UN Secretary-General António Guterres’ latest report to the Security Council, leading to renewed hostilities between Morocco and the Frente Polisario. The inability or rather the unwillingness of the major stakeholders at the UN to find a solution to the Western Sahara situation comes off as though the international community now condones the disregard of international laws by expansionist states. Today diplomacy, or lack thereof, means that only the powerful get what they want, how they want it, and when they want it. The failure to vigorously call out Morocco for its misdeeds can only end up creating a pattern that encourages bad behavior from powerful expansionist states.

Diplomatic interventions are only successful when they go beyond performative actions and are combined with enforcement mechanisms. The absence of such mechanisms has contributed to the loss of momentum and trust and a reversal to armed conflict between Morocco and the Frente Polisario. Since 1985, several plans and proposals have been advanced by the Organization of African Unity (OAU, now African Union), UN, U.S., France, and even Morocco on how the conflict can be best settled. Both AU and UN Settlement proposals promised to hold a referendum for the self-determination of the inhabitants of Western Sahara. Although Morocco, Frente Polisario, and Algeria accepted the proposals, disagreements over voter eligibility and identification fraud during the elections plagued the implementation of this proposal. After the settlement plan failed, former U.S. Secretary of State, James Baker III was appointed as Special Envoy on the Western Sahara issue and was charged with the mandate of breaking the deadlock and finding new solutions for the implementation of the settlement plan. The politicization of the voter identification process was also a major challenge the Baker team encountered. While the Frente Polisario was more open to the proposals, Morocco stalled the negotiations and was more unwilling to compromise, because it did not enjoy popular support and feared losing the referendum.

This refusal to entertain compromise from all parties involved, external influences from outside powers, and hidden economic and geographical interests of neighboring states are some of the principal factors that account for the failure of international negotiation to achieve the ultimate interest of the people of Western Sahara—total independence from Morocco and diplomatic recognition of its statehood. However, if progress must be made, the new United Nations Special Envoy, Staffan De Mistura, Swedish-Italian diplomat and former UN Special Envoy for Syria, needs to be fully backed by UN Security Council members, particularly the Permanent Five (P-5) and especially the U.S.

The Biden administration has an opportunity to infuse renewed momentum to the resolution of this conflict by reversing Washington’s recognition of Morocco’s sovereignty over Western Sahara. This is a policy position that enjoys measurable bipartisan support and one that will send a clear message that the U.S. is still committed to defending human rights and upholding democratic values in its foreign policies. Such policy will attract a backlash from Morocco, but it is needed for trust to be restored in the UN-led resolution process in that region.

On the other hand, France must recognize that actions such as its unjust support of Morocco continue to delegitimize its already dwindling influence and presence on the African continent. If the French government desires to restore trust in Africa, it should reverse course and support the human rights of Sahrawis. The Security Council also needs to show more willingness in finding a solution by backing the Envoy with more enforcement power. There should be incentives and penalties for parties involved who deliberately decide not to accept an objective peace deal. No matter the level of experience De Mistura has, if he does not get the full support of the P-5 on Western Sahara, he will fail to find a solution to this impasse just like his predecessors.

Since Morocco has returned to the AU, which it previously abandoned because of the AU’s recognition of Western Sahara, the Security Council should involve the AU in reaching a solution acceptable to all parties. Morocco exited the organization over the protest of the organization’s admittance of Western Sahara as a sovereign state and it has returned to the Union with Western Sahara still a legal member. However, Western Sahara remains a founding member of the AU and the organization is obligated by Article 20 of its Charter to support the cause of the Sahrawis. By devoting more authority to the AU to find a solution, legal momentum and pressure will be injected to get Morocco to reach a suitable agreement for the independence of the Polisario front.

Lastly, Morocco’s occupation of the Western Saharan territory can be likened to colonialism and should be treated as such.  Western Sahara has a legal right to self-determination and total independence from Morocco; a position that is normatively and legally legitimate. The international community should commit to supporting the Frente Polisario’s right to independence through a joint communique that call-out Morocco’s occupation of Western Sahara and puts pressure on them to free the territory. Ending apartheid rule in South Africa involved sanctions and several instruments of coercion and this conflict should be approached from such a perspective for a solution to be reached quickly. One of the lessons from the methods employed to end apartheid rule in South Africa is that economic embargos are effective, and this is one policy option available to all major stakeholders in this conflict.

It goes without saying that although this case looks minute and has been ignored for decades, conflicts such as this encourage bad behavior from expansionist states because they perceive that there are no consequences to their actions. Today, it is Morocco laying claim to Western Sahara, tomorrow it may be Russia laying claim to more Ukrainian territories or China laying claim to Taiwan. These states must be adequately checked.