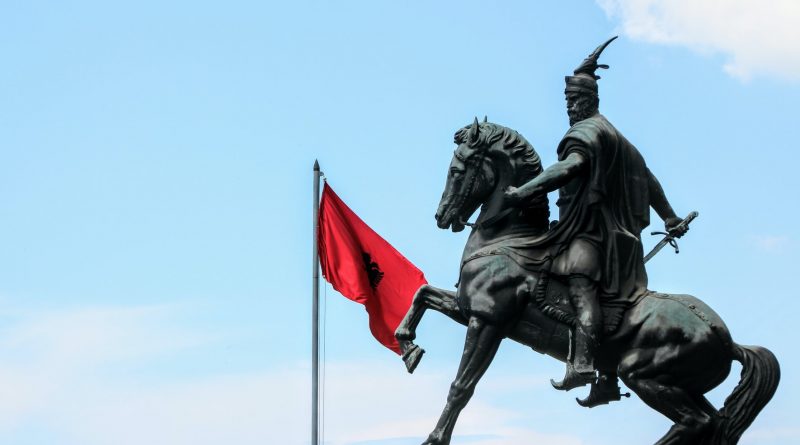 The Republic of North Macedonia is a new nation-building process that must be met with substantial changes to peacefully harmonize the relationship between ethnic Slavs and ethnic Albanians. This brings us to the question, why continue judicial inequality, corruption, and embezzlement to scapegoat ethnic minorities as terrorists to harmonize with the West? The futility of the rule of law in the Western Balkans finds its roots in the state capture of the judiciary and other institutions that have installed prejudiced legislation to protect abusers of power. Kleptocratic rule marginalizes the minority and unchecked rule enables kleptocrats to use staged events for individual political gains as witnessed in the 2015 Kumanovë incident in which thirty-three ethnic Albanian-Macedonians clashed with Slav-Macedonian police forces and military. The opposition and the government have accused each other of deliberately destabilizing the country. The lack of rule of law and a government working on behalf of citizens and not narrow vested interests, or to fill the pockets of politicians or their parties are in the interests of good governance. Creating a special structure of anti-corruption in the judicial sector should be a factor in the EU and United States’ response in the Balkans for political and judicial reform that protects human and civil rights.

The Kumanovë incident is just one incident similar to the tactics and strategies used by the government to use inter-ethnic conflicts for political gain. The use of state tools in North Macedonia, as in the former Yugoslavian State Security Directorate, assassinated human rights activists by infiltrating European nations to assassinate Enver Hadri in Brussels, Belgium on February 25, 1990. Hadri is not the only Albanian martyr as he followed the deaths of fellow activists, Jusuf Gërvalla, Bardhosh Gërvalla, and Kadri Zeka, all of whom died trying to end apartheid in the Balkans. The justice sector in North Macedonia should face periodic evaluations of professional and ethical performances of judges and prosecutors to ensure fair and effective administration of justice.

The Ohrid Agreement of 2001 has contributed little to the development of positive economic, judicial, and environmental projects which seek to create stability in the region. On May 9, 2015, Beg Rizaj and Mirsad Ndreca were arrested and suspiciously found dead after visiting the Slav-Macedonian police station. An attack in Kumanovë was directed by former Prime Minister Nikola Gruevski using the state security services of North Macedonia. The attack from the nation’s police and paramilitary forces to influence the domestic voters of a government by intimidation, coercion, and death must be changed by strengthening justice reform and establishing the Special Structure Against Corruption and Organized Crime (SPAK) as seen in Albania. The lack of initiative and resources to evaluate the assertion of military forces against civilians and investigate corruptive interests in judicial institutions will be crucial in the creation of SPAK in North Macedonia.

The former Prime Minister Gruevski lost the election that followed these events to Zoran Zaev who rose as an opposition leader in the fallout within the Macedonian majority party of the Internal Macedonian Revolutionary Organization Democratic Party for Macedonian National Unity (VMRO-DPMNE). This created internal conflicts that arose from the kleptocratic regime to capture state institutions. Zaev strove to end inter-ethnic conflicts and kleptocratic state practices by releasing recorded audiotapes that accused the Gruevski government of spying on at least 20,000 officials. The establishment of a SPAK in North Macedonia can create the good governance needed in inter-ethnic states to rehabilitate and revive state institutions that work for the people.

Gruevski was charged with corruption charges in 2018 and has also been accused of inciting an attack on parliament in 2017 following the election of Zaev. The sentencing from the Kumanovë incident and the sentencing of Gruevski and his cabinet of four parliamentary speakers does not coincide with the resources and scale of threatening constitutional order that was seen in Kumanovë. The four speakers were charged with mere six-year prison terms. A former secret service director, Vladimir Atanasovski, was accused of ordering a vehicle full of weapons to be parked outside of parliament where Zaev and Albanian government officials were beaten. The adoption and evaluation of framework by the Group of States against Corruption (GRECO) from the EU should be used to investigate North Macedonia as well as in Albania to provide the North Macedonia citizens with better governance.

Today, Gruevski still lives in exile under the guise of refugee status in Hungary. Policies such as the political asylum request by Gruevski mocks the deaths of political activists by allowing the instigators of crime to use tools that were intended for helpless individuals seeking a peaceful and opportunistic life. The futility of the rule of law in North Macedonia and the mis-implementation of the Ohrid Agreement has led the nation into a tumultuous political circus at the cost of creating inter-ethnic conflict for individual political gain. The U.S. and EU should use GRECO to establish anti-corruption structures and SPAK to reaffirm trust with the government in the hope to reinvigorate voters to participate in the system without fears of shadowy figures menacing to create tension in the multi-ethnic state of North Macedonia.