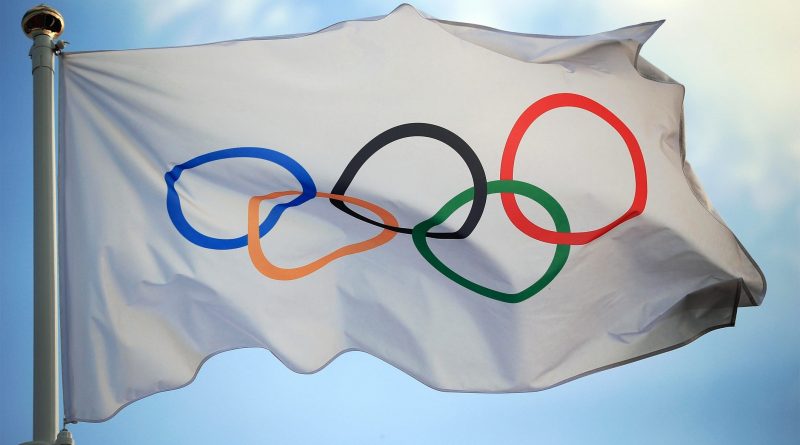 Long before the opening ceremonies of the recently closed 2022 Olympic games in China, concerns were raised regarding the ethics of awarding the games to a nation currently accused of human rights abuses and outright crimes against humanity. Amnesty International and Human Rights Watch describe the horrific treatment of the Uighurs, the collapse of democratic norms in Hong Kong, and the Chinese government’s continued erosion of civil rights, free speech, and the free press within China. Despite the long-standing concerns about China’s dubious history with human rights, in 2015, the International Olympic Committee (IOC) awarded the 2022 Olympic Games to Beijing.

A similar story is unfolding in Qatar, the host of the upcoming FIFA World Cup. Working conditions are reportedly abysmal for the migrant labor brought in to build the infrastructure for the world’s largest football tournament. These labor practices have allegedly resulted in the deaths of thousands of laborers. This all plays out under the banner of a nation facing its own accusations of human rights abuses.

If fans of both the Olympics and the World Cup are made uncomfortable by the actions of FIFA and the IOC in their selection of host nations, a humble suggestion would be to stop watching the product.

The question of how much financial profit China will see from the recent Olympics is difficult to solve but to conceptualize the benefit of hosting these gargantuan spectacles in financial terms alone is to misunderstand a prime motive for an allegedly despotic, authoritarian, regressive, or abusive regime to go through the trouble of holding the games. In an excellent piece written for Washington Post, Minky Worden of Human Rights Watch describes the concept of “sportswashing,” or, exploiting the goodwill and positive public relations derived from sports to convince individuals, organizations, or other nations to look away from alleged maleficence. History remembers the most salient example of sportswashing during the infamous 1936 Olympics held in Nazi Germany, which granted a measure of international legitimacy to a tyrannical and genocidal regime. In such cases, when sports are used as a tool of statecraft, the global community loses the ability to repeat the oft-cited refrain that sports are benign, apolitical, and should be separated from social justice or geopolitics.

Kieran Pender of the Irish Times lays out a convincing case against FIFA and the IOC and their recent complicity in sportswashing for autocratic regimes. In the face of naked attempts by China and Qatar to sportswash their alleged human rights abuses through two of the grandest global sports celebrations, how can these regimes, the IOC, and FIFA be held accountable? Should the onus be placed on the Olympians and footballers agreeing to accept the invitations to compete?

U.S. athletes do indeed have some agency in their decisions to complete or use the platform afforded them to protest perceived injustice. However, it is important to note that not every athlete is as financially secure as LeBron James, Lionel Messi, or Shaun White. In fact, Team USA athletes are not salaried and, outside of travel, food, and lodging expenses, are only paid if they receive sponsorships, endorsements, or medals. The decision to protest is also fraught with danger: China explicitly warned that athletes protesting in violation of Chinese law could be “subject to unspecified punishment by the host country.” While any athlete putting their means of earning a living at risk for a benevolent cause is courageous and laudable, it is difficult to fault any individual athlete for choosing not to bear the weight of such a personally consequential responsibility.

There is a way to indirectly hold FIFA and the IOC accountable for their selection of host nations: broadcasting rights fees. NBC paid $7.75 billion to the IOC to broadcast six sequential Olympic Games from 2021 to 2032. By the IOC’s financial disclosures, 73% of their operating budget comes from the proceeds of selling broadcasting rights. Fox and Telemundo paid a combined $1 billion USD for the rights to broadcast the 2018 and 2022 FIFA World Cups in the U.S. In 2018, approximately $4.6 billion USD of the estimated $4.8 billion USD in global revenue from the World Cup came from broadcast and marketing rights. The outsized role that broadcast rights play in the profit margins for these events gives large media outlets a theoretical degree of influence over the conduct of the OIC and FIFA in choosing host nations. The behavior of these broadcast outlets thus far provides little confidence that they will exercise their notional influence for humanitarian reasons alone.

Purported free markets should control for suspect corporate morality. Consumers have the ability to hold corporations accountable for their professional practices through patronage, or lack thereof. Unfortunately, exclusive broadcasting rights deals limit the choices any individual consumer has to exercise the power of patronage. The choice becomes binary: to watch the Olympics on NBC or to not watch at all.

Therein lies the rub: if sports fans are bothered by unabashed attempts at sportswashing, they do have the power to limit its opportunity, scope, and effect. By simply ignoring the product, fans can voice their displeasure at large international organizations like FIFA and the OIC that sanction and enable sportswashing. Stop watching the product, diminish what networks will pay for broadcast rights, and FIFA and the IOC may just listen.

It is unfortunate that the responsibility of preventing sportswashing of corrupt regimes falls on fans seeking the joy, solace, and community of sports. The voice of the individual fan is a whisper compared to the blare of opposition that a powerful broadcasting corporation could summon to influence the amoral practices of the IOC and FIFA.  However, in the absence of a new corporate moral awakening, fans are faced with the unfair but unavoidable choice of tacit accessory to sportswashing through viewership or an unsatisfying murmur of protest through abstinence. There is a point at which broadcast corporations will respond to declining viewership, and sports fans worldwide should endeavor to find it.

Christopher Foran, MD, is a first-year M.S. Candidate at the School of Diplomacy and International Relations at Seton Hall University, specializing in Global Health and Conflict Resolution. He is the Senior Associate Editor for the Journal of Diplomacy and International Relations. Christopher completed his bachelor’s degree at Temple University in Spanish Language and Literature and completed his medical doctorate at Jefferson Medical College. Christopher is a practicing board certified general surgeon. This is his second piece published with the Journal. The views expressed in this article are solely those of the author in his private capacity and do not in any way represent the views of the United States Navy or any other United States Government entity.

One thought on “Stop Watching the Olympics and the World Cup!”