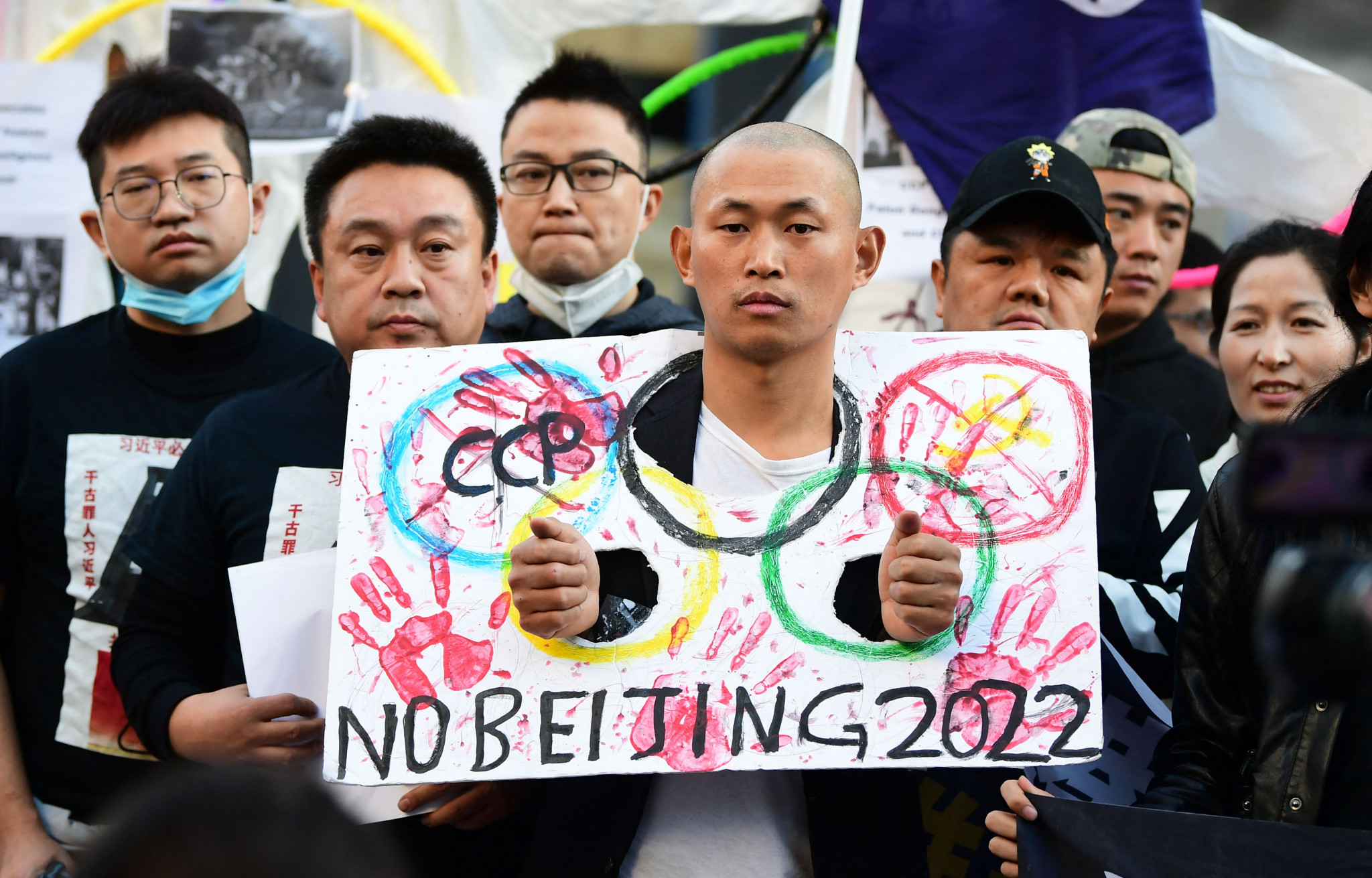 The 2022 Winter Olympics have recently come to a close, and it got many people talking. Not necessarily about the games themselves, as they garnered some of the worst TV ratings in the modern age, but the site of the event this year. This year’s games took place in Beijing, China, which many people were displeased with after what has been going on with the perceived persecution of the innocent Muslim minority, the Uighurs, and other cultural minorities being persecuted in parts of China. The Uighur controversy even prompted President Joe Biden and many other western nations to implement a diplomatic boycott of the winter games. Meaning neither the leaders nor any other diplomat will be at the games at an official capacity. Not only that, but China has a record of cracking down on protests in Hong Kong and having brutal foreign policies with its neighboring countries.

Especially with the more recent deaths of George Floyd and Jacob Blake, athletes have been more open to speaking up for what they believe in and that includes joining in on or creating public protests. The problem is that China tends to restrict all forms of protests or any controversial topic that people want to speak up about, whether it pertains to them or not. When Chinese tennis player Peng Shuai came out against a former official stating that she had been sexually assaulted, she ended up disappearing for several weeks soon after making her statement. Questions were still left unanswered when she gave an interview during the Olympics right in front of a Chinese official, raising red flags about the Chinese interference and scare tactics.

The Olympics being in Beijing have brought up a whole topic known as sportswashing, which is when a nation or group uses sport to try and improve a negative reputation. Historically, sportswashing has been a useful tactic used across cultures.

In 1936, the Olympics were held in Germany. Current chancellor and future dictator Adolf Hitler used the opportunity to show the world how forward thinking and modernized Germany under his control had become, despite needing to tear down signs and wash off graffiti of Jewish hate and propaganda just weeks before the event. And the tactic worked, for the world leaders who attended the event mentioned how well run the country had become under Hitler, likely slowing their response when he invaded Poland just years later.

But incidents of sportswashing are not relegated to the history books. In December of this year, the World Cup is going to take place in Qatar. Qatar, a small nation in the middle east to which 80% of the population lives in the capital city of Doha, has had many controversies of their own as far as human rights is concerned. Aside from the clear corruption and bribery that likely took place to give Qatar the bid in the first place, an investigation has revealed that thousands of migrant workers have died in Qatar in the past decade. Many of them, ironically, coming from the construction of the World Cup stadium. Those migrant workers have also been reported to be in a state of indentured servitude, in which Qatar would withhold the passports of visitors to the country and only permit them to leave after working a set amount of time. The reports are damning, but despite all of this the World Cup will still be taking place there as the celebration of the game of soccer.

It will be interesting to see if all this will lead to a rise in nations with less than admirable human right’s reports like these being able to secure more major sporting events in the future. Let’s just hope that sportswashing is not going to be the new trend that takes place, but that the process to receive these events involves less corruption and more taken into account of ethics and morality. Only time will tell if sportswashing takes over, and it will be a lot of time considering the host nations for these big events are already being confirmed for the next decade or so. After that, it will be shown whether these types of nations get to be host and whether sportswashing continues, and 2022 will be a huge factor in that.