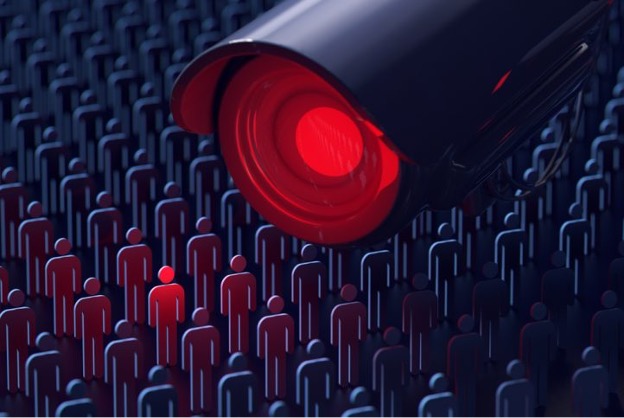 Modern historical education includes coverage of numerous authoritarian regimes of the last century, aiming to educate on the missteps of past leaders. If its purpose is to avoid repeating the mistakes that led to such regimes, then is the world on track to accomplishing that goal?

The most prudent answer would be yes, and no.

Have modern-day governments successfully shunned the obvious indicators of an authoritarian regime, like overt mass genocide? While outstanding exceptions remain, they have. But what about the cults of tradition built around leaders, the spread of propaganda, and fear-based indoctrination, all representative of a budding fascist movement? Current world powers cannot be said to have successfully contained these early hallmarks of a growing authoritarian regime. While history has prepared people for encounters with these signs in the physical world, the sharp rise of the popularity of the internet has paved the way for governments to take their authoritarianism into the digital realm.

“Digital authoritarianism” is defined by the key pillars of a restrictive regime’s functioning being enabled and empowered by digital technology. As the internet and big data eras dawned, overall reliance on digital technology skyrocketed. Among that reliance lies the important workings of several governments and administrations worldwide, including those of the United States of America.

Escalating political tensions in the United States between the two ruling parties, especially in the wake of the 2020 presidential election, gave rise to concerns that the Trump administration might have been ramping up its efforts to— in a unilateral power grab— ignore the result of the election and maintain its control for an additional presidential term. While that effort ultimately failed, coupled with the events on January 6, 2021, the existence of popular support for that effort indicates a worrying trend.

The United States, as many democracies do, flaunts its unabridged allowance of individual liberties and freedoms in the face of more restrictive regimes, such as those in China and Russia. But such concerns as those regarding democracy in the United States lead to greater questions regarding the country’s path towards digital authoritarianism. These questions can be answered through domestic policy analyses of other major authoritarian powers and their comparison to the United States.

China’s internet landscape, similar to its geopolitics, is widely considered solidly authoritarian. Its strict digital governance serves to feed power back into its overall political hold which, characteristically, heavily restricts individual liberties. While most democracies of the world may enjoy the privileges of certain internet freedoms — including the right to privacy — the Chinese Communist Party (CCP) reserves the right to restrict information put on the internet by requiring content creators to register with the government and sign restrictive licensing agreements—violations that could trigger juridical action. This seemingly welfare-minded measure by the CCP has enormous implications for Chinese internet users, particularly dissenters to the government, who may face serious consequences for creating internet content that is not CCP-approved. This is one of the party’s key strategies for staving off reform and preventing political competition.

Artificial intelligence (AI) also plays an important role in the CCP’s online strategy. As AI software collects data on users of the internet, predictive bots can indicate who dissenters are based on such data. Paired with CCTV facial recognition software and non-digitized, government-held records, China’s internet AI has the ability to provide the government with all the relevant information on a citizen needed to subdue the risk of their dissent and disloyalty to the party.

The Future of the U.S.

China’s present reality seems an unlikely future for the United States. Where does the Biden administration go after the Trump era, which had such an explicit unwillingness to exert any kind of federal control over public domains such as the internet? It seems, rather unintuitively, that a free and fair internet requires some level of governance— the Obama administration called it “net neutrality.” Net neutrality set up a framework of rules for internet service providers (ISPs) that prevented them from compromising the quality of internet access for different digital services to internet users, based on the ISPs’ relationships with those digital service providers. In 2017, the United States Federal Communications Commission (FCC), under the power of the Trump administration, rolled back net neutrality protections. This repeal was not only inconvenient to internet users in the short term, but had projected long-term impacts on the fairness of information access.

The FCC oversees and regulates all modes of digital and telecommunications networks in the country and is advised by its own Technological Advisory Council, members of which include representatives of AT&T and T-Mobile—the very ISPs that fought against the implementation of net neutrality rules. These large telecommunications corporations, therefore, have influential voices in government operations. Allowing them to also exert near-monopolistic control over internet access offers the government a proxy by which they may exercise influence over the purported “free internet.” These powerful corporations can effectively monitor the internet in a manner similar to the CCP. Given that ISPs may now control how much and what type of online content is delivered to consumers, it is difficult to continue labeling the internet as open and free. The permission of censorship by throttling internet speeds and denying digital services is the first nail in the coffin of an online liberal democracy. With this accomplished, how much further can and will the United States go?

The most glaring solution to preventing the United States’ spiral into digital authoritarianism is reinstating net neutrality and, more effectively, having corporate interests divest from the FCC and related government operations. This allows the government to operate as an independent regulatory agency as opposed to a corporate-controlled proxy. The Biden administration has already stated that they will be doing so, alongside other technological initiatives.

Backdoor dealings between corporate interests and the government only serve to hurt consumers, and a hands-off approach to public domains affects citizens. With independent governance as a steadying hand, the freedom of the internet and access to individual liberties will remain protected. With the threat of online censorship and authoritarian control gone, the overall democracy of the United States should be, after some healing, in much better shape.

Neeharika Thuravil is a J.D./M.A. Candidate at the School of Law and School of Diplomacy and International Relations at Seton Hall University, aiming to specialize in Cybersecurity and Privacy Law and International Security. She received her Bachelor of Science in Astrophysics from Rutgers University. During her undergraduate studies, she became deeply invested in state and federal politics and was especially interested in campaign security and the protection of personal information. She has run several political campaigns and has run for local office herself, elected to county committee in 2019. She hopes to investigate the digital inlets international actors might take to compromise the security of nations and how best to mitigate their actions from the standpoint of international law and policy.