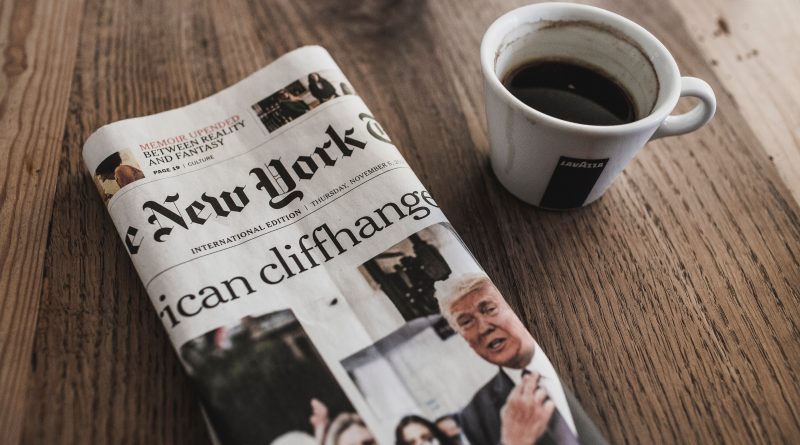 In his inaugural address, President Biden made it clear that his administration would prioritize repairing “our alliances and engaging with the world once again.” Under the previous administration, U.S. partnerships faltered as President Trump criticized NATO and alienated the leaders of some of America’s staunchest allies. Simultaneously, public perception of the United States plummeted to record lows around the world. Early moves from the Biden administration suggest bilateral and multilateral cooperation in American diplomatic efforts, yet President Biden’s calls with foreign leaders—no matter how productive—will not reverse the decline in the American image abroad. To do so, the Biden administration must support a robust public diplomacy agenda to engage directly with foreign populations and revitalize alliances, as stressed by newly-appointed Secretary of State Antony Blinken.

The State of American Public Diplomacy

Since the shuttering of the United States Information Agency (USIA) in 1999, American public diplomacy efforts have been split between the U.S. Agency for Global Media (USAGM)—rebranded from the Broadcasting Board of Governors in 2018—and the Department of State. USAGM directly or indirectly oversees U.S. foreign broadcast networks, including Voice of America and Radio Free Europe/Radio Liberty. The State Department, through the Under Secretary of State for Public Diplomacy and Public Affairs, is responsible for the remainder of the U.S. public diplomacy agenda, including academic and cultural exchange programs; the communication of U.S. foreign policy priorities and American values; and combating foreign disinformation.

The Trump administration left the American public diplomacy apparatus in shambles. Trump’s appointed leader for the USAGM, Michael Pack, dismissed the heads and boards of the broadcasters, replaced them with Trump loyalists, and thoroughly demoralized the remaining staff of the agency. Meanwhile, Trump’s appointed Under Secretary of State for Public Diplomacy served only 100 days, leaving the office without a Senate-confirmed appointee for nearly all of his administration. The direct impact of the previous administration on the public diplomacy apparatus at the State Department is less egregious than the “Trumpification” at USAGM, but that does not mean it escaped the turmoil and morale issues reported throughout the Department during the last four years.

Since the inauguration, Biden has taken steps to rectify the situation at USAGM. Kelu Chao, the acting CEO, quickly removed Trump loyalist executives and board members in an attempt to return credibility to the broadcasters. To date, the Biden administration has not announced its pick for Under Secretary of State for Public Diplomacy, leaving a leadership gap as the U.S. begins to reengage with the world.

While U.S. public diplomacy would benefit from strong coordination, the vacancy conforms to previous administrations—even President Obama’s first appointee to this role was not sworn in until May 2009. While strong leadership of U.S. public diplomacy activities is essential for successful reengagement with the world, there is no need for the new administration to rush to appoint an Under Secretary without careful consideration of that individual’s qualifications and goals for the role.

Unlike the USAGM, the Trump administration appears to have failed in its attempts to place loyalists in civil service positions at the State Department. Until an appointee is confirmed, the responsibilities of the Under Secretary of State for Public Diplomacy and Public Affairs are under the purview of Jennifer Hall Godfrey, a senior Foreign Service Officer with more than twenty years of experience in public diplomacy. Instead of treating Hall Godfrey as a caretaker for the role, the administration must empower her to review existing public diplomacy initiatives that may have been damaged under the Trump administration and provide new, forward-thinking options to Blinken and Biden. Whether the administration chooses to empower Hall Godfrey or quickly announce its appointee for the role, the path forward is the same.

First, the administration must remember that public diplomacy requires both speaking and listening. For the past four years, the world saw an administration that used every avenue to spread the views of a single man rather than American values and a Secretary of State that valued “swagger” over substance. The rapid de-Trumpification at USAGM and a return to journalistic integrity for outlets like VOA is a good start. However, the State Department must take this opportunity to listen to the world, something that was sorely lacking under the leadership of Secretary Pompeo.

Second, the U.S. must use its strengths to maximize the effectiveness of its public diplomacy initiatives. Despite the recent decline in public opinion of the United States, its educational and cultural institutions continue to be the envy of the world. Generally, the Bureau of Educational and Cultural Affairs within the State Department funds many programs ranging from international tours by American jazz bands to sports diplomacy and long-term academic exchanges. However, the global COVID-19 pandemic has forced many of these activities to be put on hold. Proposals must be designed to maximize the public diplomacy impact of these institutions, even when foreigners are unable to travel to the U.S. and Americans are still unable to travel abroad. To accomplish this, cultural programs must take on a digital dimension. As public diplomacy moves more online, U.S. diplomats must embark on positive campaigns highlighting American culture and achievements rather than engaging in trolling.

While still early, it is likely that the Biden administration will take a more exchange-oriented approach to public diplomacy than the Trump administration by supporting an even exchange of ideas as well as the exchange of persons. Doing so will allow the United States to repair its image abroad and will do far more to effectively reengage with the world than a litany of calls with foreign leaders ever could.

Bradley Ryktarsyk is a second-year M.A. candidate in Diplomacy and International Relations at Seton Hall University specializing in Foreign Policy Analysis and Post-Conflict State Reconstruction and Sustainability. He is an associate editor for the Journal of Diplomacy and International Relations. Outside of the Journal, he serves as a graduate assistant in the School’s Office of Graduate Admissions and is participating in this year’s National Security Fellowship. Prior to joining the School of Diplomacy, Bradley spent six years as an international education professional. This is his second piece published for the Journal.

One thought on “Engaging with the World Once Again Requires Robust U.S. Public Diplomacy”