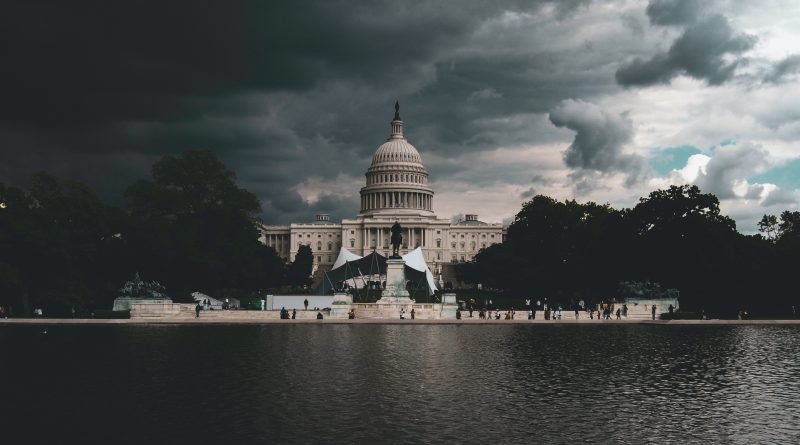 One of George Washington’s most renowned quotes comes from his 1796 presidential farewell address, in which he warns against the formation of staunch political parties “by which cunning, ambitious and unprincipled men will be enabled to subvert the power of the people.” He believed one of the greatest threats posed to the future of the United States was that of citizens and politicians becoming exceedingly devoted to their parties, which represent the few and the powerful, rather than the nation as a whole. Unfortunately for the likes of Washington, partisan politics and divisive rhetoric soon became the norm, often at the cost of the common good.

The United States exemplifies a polarizing two-party system, in which the Democrat and Republican parties continue to fight for influence on the main stage of presidential and congressional elections. Although the makeup of these parties has changed over time, the competing values, principles, and struggle for power on either side have not. Party lines are still drawn over social values, issues pertaining to the economy, and the size and reach of the federal government. Consequently, party polarization is higher than ever, with seventy-eight percent of Americans believing that partisan divisions are increasing. This raises the question of how the country can move forward from here—and where to begin.

One of the greatest obstacles to any incoming president is the party makeup of Congress; whether the president’s party has a majority of congressional seats often determines the success of their policies, though there have been notable exceptions to this in past administrations. Even before President Trump, President Obama struggled to pass legislation due to flailing bipartisanship support—and a seeming effort from his opposition to strike down policies purely based on party affiliation or ideology. While this is not always the case, it is difficult to ignore the hindrances of party affiliation, evidenced recently by the failure of Congress to agree on a COVID-19 stimulus package. Despite needing to pass this legislation to provide desperate relief for millions of people—who fall on both sides of the political spectrum—minor disagreements along party lines ultimately impeded progress. Unfortunately, this is only one of many scenarios where party loyalty trumps the needs of individual constituents and the country’s wellbeing.

These partisanship issues continue to impede the lives of American citizens, despite the fact that thirty-four percent of registered voters identify as independents. While being an independent can indicate a number of things—party or candidate disillusionment, pure indecisiveness, or current events swaying one’s opinion every election cycle—independent voters are often seen as the deciding vote in presidential elections. The sheer numbers signify that a significant portion of the population does not want to identify as a Democrat or Republican for a particular reason. This is a problem. Voters are left to feel that they must choose a candidate from one of the two major parties, as a vote for a third-party candidate is often “wasted,” in the sense that such a candidate would not stand a chance of winning given the current winner-take-all system.

So, what can be done? Many argue that changing the party system more than two hundred years after it became a tradition of American politics is ineffective. However, change clearly needs to happen—and it needed to years ago. While multi-party systems present their own challenges, they also present an opportunity for greater compromise by incorporating a wider range of viewpoints, resulting in more inclusive and legitimate policies as seen in countries like Ireland or Australia. The United States is one of the most diverse countries on the planet, and its electoral system must reflect that. Mechanisms such as proportional representation (PR) in which elected officials are representative of the number of votes they receive, and ranked-choice voting (RCV) would allow for citizens’ votes to matter and count equally, ensuring all voices are heard and represented at all levels of government. Some states and cities are already implementing such measures, signaling a path toward national change.

Given President Biden’s moderate voting record and his ability to work across the aisle throughout his political career, his administration presents an opportunity to bridge polarizing stances and encourage a new wave of American politics. However, this will require a fundamental shift both locally and nationally, with people working at the grassroots level to inspire change. The first step in doing so is understanding one another’s differences at the smallest degree, be it watching a different news station or conversing with people who have opposing ideological views. The second step is allowing the space for more political parties to actually have an opportunity for success, which will require massive changes in campaign finance laws and media coverage. There are numerous flaws within the American political party system, and its consequences are physically playing out, manifesting in situations like the Capitol insurrection. A change is not only necessary, but long overdue.

Naturally, there are also problems that arise with multi-party systems; it is not an end-all, be-all solution. However, the U.S. political system and its representatives need to rise above the division and derision and move away from the two-party system, which seeks to box in the American public and subdue their ability to compromise and cooperate. People tend to agree on more issues than they disagree—quality healthcare, employment opportunities, veterans’ rights—but party politics often cloud people’s decision-making and impede any progress towards compromise. These commonalities can provide a path forward, and the new presidential administration must capitalize on them to fulfill their promise of unity for the next four years. Without a system overhaul, important or even life-changing policies will continue to be gridlocked, pushed aside, and neglected, all for politicians to appease their base and benefactors, their party leaders, and their chance at future reelection.

Becca Blaser is the Deputy Editor-in-Chief for the Journal of Diplomacy. She is a second year graduate student and research assistant at the School of Diplomacy and International Relations, where she specializes in foreign policy analysis and international law and human rights. She is the co-lead of the National Security Fellowship as well as the secretary of the International Law Society. Becca’s published works focus on examining the intersections of perceiving identity and gender in the U.S. political system. Her previous works can be found below: Women and Politics: Too Emotional? | Why Women Haven’t Won: The Presidency and the Equal Rights Amendment