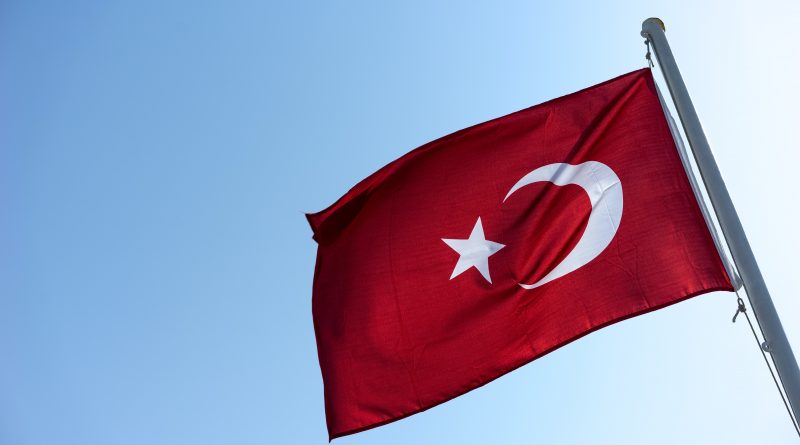 Turkey’s Interventionism and Expanse of Influence

Over the last two years, NATO’s grievances with Turkey have significantly increased. In July of 2019—against the wishes of the United States and other NATO members—Turkey purchased the S-4000 surface-to-air missile from Russia, the target country of NATO’s ire. Turkey’s offensive in northeastern Syria, Operation Peace Spring, began in October of 2019; right on the heels of the withdrawal of U.S. armed forces from the region. The leaders of France, the United Kingdom, and Germany immediately voiced concerns over the Kurdish People’s Protection Unit (YPG) in the region, who had spearheaded the fight against the Islamic State, and were left vulnerable following Erdogan’s oppression of Turkish Kurds. These concerns were well-founded, as Amnesty International reported cases of Turkish-backed militias perpetrating war crimes in the heavily Kurdish community of Afrin. Details of the attacks were gathered from a variety of sources including independent monitors, humanitarian workers, and journalists who attributed many of the 218 civilian casualties recorded by Kurdish health authorities, to indiscriminate attacks perpetuated by Turkish backed militias.

Earlier this year, Turkey continued to aggravate NATO members by publicly backing Azerbaijan’s assault into the Armenian-dominated Nagorno-Karabakh region, sparking a war with Russian-backed Armenia. While the rest of the world, including both the United States and Iran, called for a ceasefire before the conflict escalated into a regional security concern, Turkey stoked the flames of the conflict through their intervention via airstrikes. Meanwhile, Turkey clashed with France and Greece in the Mediterranean, contesting Greece’s claims to territorial waters while conducting seismic research. Turkey insists that the Northern Cyprus Turkish Republic, unrecognized by the international community, gives them rights to access sources of natural gas within Greece’s established exclusive economic zone. France, whose navy faced off with Turkey off the coast of Libya, has come to the aid of Greece.

In light of Article 5 of the North Atlantic Treaty, which states that an attack on one member is an attack on all, Turkey’s aggressive foreign policy poses a threat to the security of NATO members. The Alliance must now decide if appeasing Turkey’s aggressive foreign policy could lead to more conflict. If Turkey’s cavalier expansion were to initiate a retaliation, NATO members would have little choice but to commit to a conflict in order to defend Turkey as part of NATO’s collective security agreement; to do otherwise would lead to questions regarding the integrity and capability of the organization. Turkey’s utility as a NATO member is one of many reasons the organization has been reluctant to distance itself. However, the United States has initiated its withdrawal from the Middle East, with many of its NATO allies likely to follow suit. This may draw relevance away from Turkey, who previously provided airbases to support NATO forces in the region. NATO could still maintain its presence in the Gulf States though carrier groups, thereby eliminating their reliance on Turkey.

Turkey’s actions in Syria and recent ties with Russia raise concerns over the alliance’s integrity. In response to Turkeys intervention in Syria, NATO members France, Italy, and Germany agreed to ban sales of weapons and ammunition to Turkey, yet another signal that Turkeys failure to cooperate with other members of the NATO alliance is becoming untenable. Following the purchase of Russian Anti-Aircraft missile systems, the United States removed Turkey from the multinational F-35 program and withdrew from its sales agreement with Turkey over fears that Russian forces would now have access to the next generation aircraft. Many NATO nations see the alliance as a means to counteract Russian aggression and influence, something that Turkey’s ties with Russia may very well undermine. If the Alliance believes that Erdogan will exploit NATO to achieve his own expansionist goals, then NATO should suspend or expel Turkey to ensure the integrity of the organization. Turkey can be a valuable member who provides geostrategic security due to its proximity to Russia, but that same proximity creates a vulnerability in the alliance if Erdogan acts against the will of NATO members. If NATO were to remove Turkey from its ranks, it could solidify the Alliance’s goals and standards for membership, and possibly dissuade Erdogan from acting with impunity on the world stage.

The expulsion or suspension of a state would be an unprecedented act, and without a specific clause to trigger suspension or expulsion, excluding Turkey becomes difficult. At the outset of NATO’s founding, a suspension or expulsion clause was excluded due to the fact that it would cast doubt upon the future of member nations, particularly on whether they would remain democratic or become communist, which could have limited the alliances membership. Due to the wording of the NATO Treaty articles, Turkey could be suspended or expelled under the guidelines of material breach within the Vienna Convention on the Law of Treaties, which NATO members ratified once again in 2018. In particular, Turkey has violated the principles of the North Atlantic Treaty’s foreword and Article 2,  in which NATO nations agree to promote stability and eliminate conflicts in international economic policies, in its interventionism in Syria, clashes with France and Greece, and its dealings with Russia. Turkeys aggressive foreign policy has marred its relationship with NATO in the past two years, and its failure to abide by international laws is becoming increasingly concerning for its allies. NATO has stood strong before against a Soviet Union that was stronger and possessed more influence than the threat posed by Russia today. However, NATO can only work effectively if it maintains legitimacy and unity in its ideals and goals – goals which Turkey has failed to honor.

Zachary Walsh is a M.A. Candidate at the School of Diplomacy and International Relations at Seton Hall University, specializing in Foreign Policy and Post-Conflict Reconstruction. He received his Bachelor’s in International Affairs and Political Science at Florida State University. During his undergraduate studies, he completed a certificate in Emergency Management and Homeland Security with a focus on studies in Terrorism. His professional career has consisted of diverse experiences in law and lobbyist firms, both in the United States and Ireland.