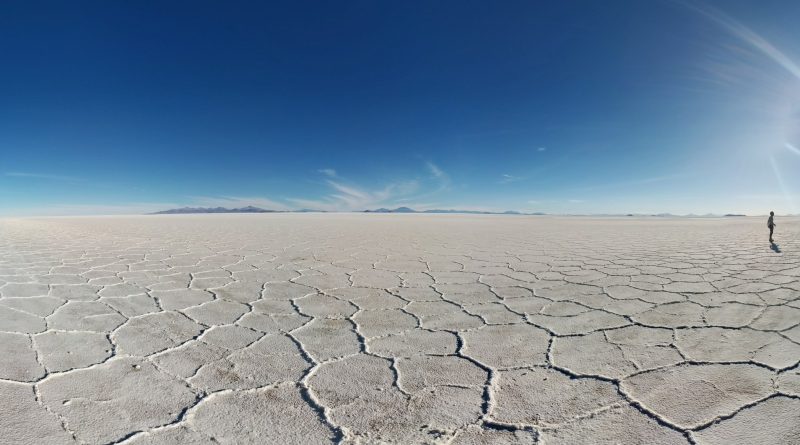 Climate change poses a clear and present threat to humans everywhere. The task at hand is so consequential that state security measures alone will be insufficient. This threat to humanity prompts broader security applications to counter its most devastating impacts and give civilizations a fighting chance. States must engage internationally to curtail these cross-border disasters, and global warming prompts the inclusion of human security now.

Security: Then and Now

Through the end of the Cold War, security was analyzed through a traditional landscape: prioritizing the safety of one sovereign state over another. As conflict expanded, the safety of peoples has become jeopardized across all borders and nations, warranting the inclusion of a more individualized approach to security—human security. Today, too much insecurity places some in an impossible environment of survival. Grave threats, like climate change, threaten some people more than others. Whereas traditional security was and still is reactionary, human security can be preventative and complement the former if used interchangeably and preemptively. Climate change policies must be rooted in mitigation efforts to prevent a catastrophic environment. Not just through a more engaged world, but with the inclusion of broader security, existential threats to people everywhere can be better handled.

Among the most immediate and severe existential threats to humanity are the effects of climate change. NASA suggests ninety-five percent of the current warming trend is the result of human activity since the mid-twentieth century. The effects of poorly regulated, excessive carbon emissions have placed humanity on a collision course of catastrophic proportions. The Earth’s average surface temperature has risen about 1.62 degrees Fahrenheit since the nineteenth century, with the six warmest years taking place consecutively since 2014.

Stateless peoples, or those forcibly displaced from their host states, will also be negatively impacted. In the European Union, the annual influx of those seeking safety from vulnerable environments is expected to triple by the end of the century due to climate-related migration. A recent report estimates that the impacts of climate change in sub-Saharan Africa, South Asia, and Latin America could result in the displacement and internal migration of more than 140 million people before 2050. Many countries are not prepared for these increasing numbers, considering the rising reluctance to accept refugees in this new age of nationalism and isolationism.

Due to consistent warnings from the global scientific community, states have been attempting to curb climate change. One example includes states implementing regulations on their respective private sectors. Another is states working toward international agreements, such as the Paris Accord, to bind countries together with a common goal and implement proportionate policies regarding the crisis. This particular agreement aims to reduce global greenhouse gas emissions and to offer a pathway for developed nations to assist developing nations in their climate mitigation and adaptation efforts.

Agreements like the Paris Accord are only as effective as the inclusion of states that are the highest global emitters. Unfortunately, the U.S. has recently backed out of the deal, citing concerns for its potential economic impact. This retraction could result in harsher impacts of climate change on portions of the U.S. population. Some cities and states within the United States have elected to act alone in adhering to the Paris Accord; however, without a unified, international response, the chances of preventing the most severe effects of global warming will deteriorate. Climate change is a global, complex problem with economic, social, political, and moral ramifications; the solution will require both a globally-coordinated response and local efforts like transport upgrades, energy efficiency improvements, and sustainable city planning, among others.

The inclusion of human security processes will broadly increase the world’s chances at curbing, countering, and adapting to climate change. This threat requires integrated strategies that identify entry points for collaborative action to mitigate its impacts. International organizations, such as the United Nations, are among the most well-equipped pathways for states to collectively fund and operationalize response teams to vulnerable regions. The UN Trust Fund for Human Security, for example, was created to fund a number of programs related to countering climate change and environmental disasters.

If states fund human security initiatives more adequately, such policies can potentially save thousands of lives in susceptible regions and ultimately reduce the impacts of climate-related disasters by promoting more sustainable societies. One example of this approach has been carried out in the region of Karakalpakstan in Uzbekistan, an area wrought with problems of poor water quality and food insecurities due to environmental disasters. Their program has helped local authorities improve the quality of services and infrastructure, resulting in better access to water and sanitation services, basic health care, and energy supplies—and reaching approximately 500,000 people. Similar efforts have been carried out in Kenya, where communities have suffered through long droughts. One program has used mobile schools to reach nomadic children, extend health services, and develop training on drought-resistant agriculture. These types of localized engagement initiatives help communities build stronger resistances to existential threats, potentially curbing mass migration.

More nuanced security initiatives will provide a fighting chance for humans most vulnerable to climate change. An engaged international society will bring about safer environments for humans everywhere. Not only would a U.S. reintegration into the Paris Accord positively affect the possibility of curbing global warming, it would also encourage other like-minded democracies to follow suit and act more ambitiously towards environmental change. Furthermore, countries would be well-advised to include human security in the fight against climate change internationally—before it is too late.

Robert G. Bost is a M.A. Candidate and Graduate Assistant at the School of Diplomacy and International Relations at Seton Hall University, specializing in Foreign Policy Analysis and International Security. He received his Bachelor’s in Diplomacy and International Relations from the School of Diplomacy. During his undergraduate studies, he received an academic scholarship from International Honour Society, Phi Theta Kappa, membership status in Golden Key and Sigma Iota Rho, as well an academic scholarship to attend a professional workshop at the United States Institute of Peace. He has interned at NJ Transit Police Department, Intelligence Section, assisting in critical intelligence collection and processing, helping protect local and state communities; the Global Security Institute as a Research Intern to the President of the Institute; and is also part of Seton Hall University’s National Security Fellowship.