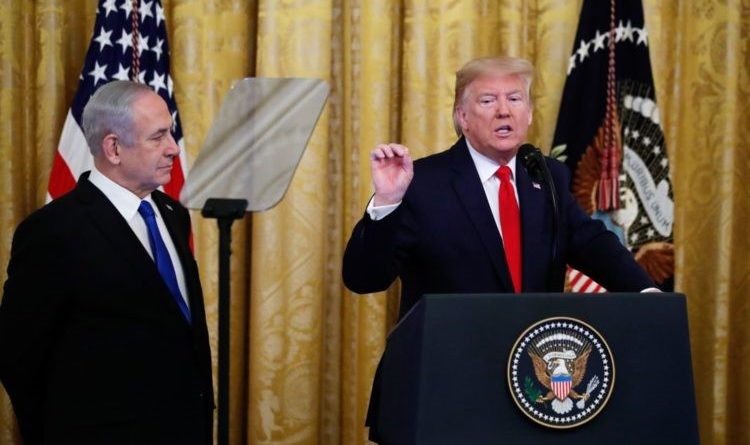 For critics of the President, the Trump Administration’s Israeli-Palestinian peace plan was dead on arrival long before any deal even materialized. Much of this antipathy stemmed from the perception that the Trump Administration would fully reject impartiality in favor of stronger bilateral relations with Israel. The Trump Administration’s promise that it would recognize Jerusalem as the capital of Israel exemplified this concern. With his recognition of Jerusalem, President Trump cemented his relationships with both parties. To Israel he became an unambiguous ally and to the Palestinians he became another political obstacle.

When the Administration announced its proposal the President was flanked by Israeli leadership, as there was no Palestinian representation at the event. Naturally this plan was quickly met with criticism. Palestinian President Mahmoud Abbas completely rejected the proposal as being completely tailored to the preferences of Israel, calling the proposal ‘a conspiracy deal.’ Former President Jimmy Carter spoke out against the deal arguing that, “The new U.S. plan undercuts prospects for a just peace between Israelis and Palestinians. If implemented, the plan will doom the only viable solution to this long-running conflict, the two-state solution.”

Considering the controversy this proposal has generated, it seems prudent to consider exactly what about this peace plan inspires so much animus.

In this conflict, the importance of territory cannot be overstated. Unlike previous incarnations, this plan explicitly includes a map of the proposed territories. According to the proposal, Israel would control an undivided Jerusalem and would maintain their settlements in the West Bank, while the Palestinians would be provided a 50 billion dollar investment in exchange. Additionally, the proposal’s map depicts a non-contiguous and boxed-in Palestinian state sharing minimal borders with any other state Arab state. This proposal is in stark contrast to the established approaches, not only in generating a map, but in the maps near complete flouting of established practice.

For years the agreed upon approach for peacemaking has had its roots in United Nations Security Council Resolutions (UNSC) 242 and 338. The genesis of UNSC Resolution 242 was The 1967 War, also referred to as the Six Day War or the Third Arab-Israeli War. In that war, Israel greatly expanded the state’s territories into the West Bank, Gaza and the Sinai Peninsula. UNSC Resolution 242  established the concepts of land for peace and the centrality of the two-state solution. The resolution called for Israel’s withdrawal from territories occupied in the conflict. The text of the resolution is still relevant today as it emphasizes the importance of territorial integrity and calls for the normalization of relations between all of the parties involved. Resolution 242 has been the basis of all peace talks that have come since, from Camp David  to the Oslo Accords. In some ways the Trump Administration’s proposal is not dissimilar, it does seem to emphasize a two-state solution, albeit one that gives the Palestinians only partial sovereignty over their territory. The lack of Palestinian representation or involvement in the construction of the proposal, paired with the disproportional representation of Israeli interests cannot help but diminish the legitimacy of the deal. While the proposal pays lip service to the principles of land for peace and the primacy of a two-state solution, its utter exclusion of the Palestinians in the process violates the spirit of the Resolution.

Beyond the issue of land is the oft forgotten issue of water rights. The proposal would leave the Palestinian state desiccated as it calls for the Palestinians to completely cede the water rich West Bank and Jordan Valley to Israel. Water in the Middle East is always of great significance given the region’s arid climate; however, it cannot be overstated how access to water changes the political and economic realities of both parties.

Israel’s agricultural industries have been considerably more profitable than their Palestinian counterparts in large part because the Palestinians lack water access. While the 50 billion dollars of investment promised by the deal could provide a figurative balm through desalinization technology, the lack of access to natural water resources would leave the Palestinians perpetually disadvantaged.

Further, historically speaking water access has frequently been a source of conflict. By geographically boxing in the Palestinians this deal guarantees the eventual outbreak of conflict over water. This proposal peculiarly ignores past approaches, which recognized the economic and political consequences of water. It is for this reason that water constituted the third pillar of the 1994 Israel-Jordan Peace Treaty. Despite the enormity of this issue, the actual proposal only dedicates a single paragraph to the issue of water, in which it states that the parties involved must themselves “manage the details.”

The imperative of ending the decades of violent conflict between Israel and the Palestinians remains a fundamental part of the American presidential political ethos. Yet, the Trump administration’s proposal not only fails to provide a viable way forward, but itself demonstrates to the Palestinians and the world that the U.S. is not presently capable of being an impartial actor in this conflict.

The Trump Administration’s mismanagement of the two principle relationships in this conflict leaves the U.S in a holding pattern at best and erodes U.S. credibility at worst. President Trump’s proposal was dead on arrival as this conflict’s resolution rests with multilateral negotiations, not with political favoritism.