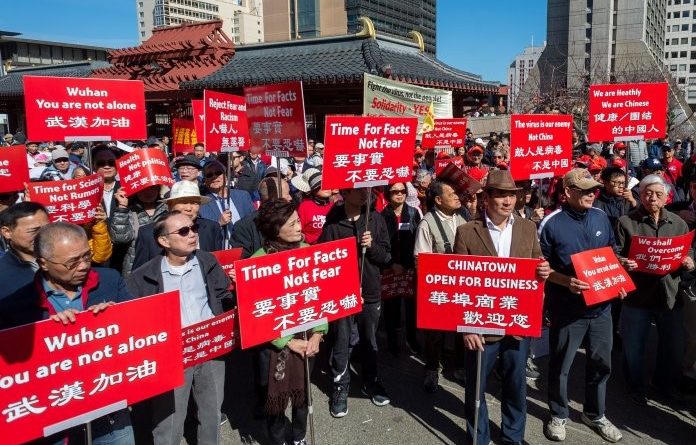 The novel coronavirus (COVID-19) has infected more than 218,743 people and with at least 8,810 fatalities. On March 11th, the Director-General of the World Health Organization announced that the virus has reached the pandemic stage. The coronavirus poses a threat to global health and to upholding human rights. The right to health is not the only human right that is threatened. Nicholas Bequelin, the Regional Director at Amnesty Human Rights, states that “censorship, discrimination, arbitrary detention and human rights violations have no place in the fight against the coronavirus [pandemic].” He adds that “human rights violations hinder, rather than facilitate, responses to public health emergencies and undercut their efficiency.”

In the US, access to testing has been limited with several reports of individuals being denied testing. Patients in the US are also facing high medical bills for treatment of the virus and some have suggested that high costs may persuade individuals to avoid testing and treatment. Iran is also facing difficulty curtailing the spread of the coronavirus with critical shortages of medical supplies partly due to import bans designed to protect the country from US sanctions. The US has also faced similar shortages of critical medical supplies. There have also been reports in Italy of hospitals reaching capacity and no longer being able to effectively treat all COVID-19 patients. Without effective access to health the threat of the virus is only heightened.

The Chinese government announced the outbreak of the coronavirus sooner than they had with SARS in 2003. However, the Chinese government has continued to utilize censorship with regard to the coronavirus outbreak similar to their prior handling of SARS signifying that lessons have not been learned. China’s censorship tactics include redacting local news reports and social media posts on the extreme circumstances at the epicenter of the outbreak in an attempt to suppress information and to control the narrative of the outbreak. Efforts to suppress information regarding the virus are counterproductive and governments should focus on transparency.  Governments should learn from the lessons of the SARS outbreak in 2003 and must stress the need to have open and prompt reporting, without suppressing freedom of speech.

The virus has spurred fear leading to global anti-China sentiments and xenophobic attacks. In the US, some have claimed that discrimination is spreading faster than the coronavirus itself. There have been reports of individuals of Asian descent being violently attacked as a consequence of xenophobic views and fears sparked by the outbreak. Governments should protect individuals from discriminatory targeting. The US Centers for Disease Control and Prevention has notified the public on ways to combat stigma surrounding the virus by focusing on the facts. However, these public statements will have little effect considering the US’s inability to be unified on its handling of discrimination. For example, President Trump’s portrayal of the virus as “the Chinese virus” may directly contribute to further discrimination.

The discriminatory attacks are not limited to the US, rather it is a global concern. There have been reports of businesses in Hong Kong refusing to give service to Chinese customers. China has already begun to take diplomatic measures to protect its national abroad, by criticizing the Russian government for perceived omnipresent monitoring and discriminatory quarantining of Chinese nationals in Moscow.  Coronavirus is not a discriminatory virus by nature. It is of dire importance that governments stress that once COVID-19 enters a country it won’t affect only those of Asian descent; rather it poses a threat to every person regardless of their nationality or ethnicity.

Arbitrary detention has generated serious concerns for human rights defenders around the globe. International law grants governments the permission to infringe on civil and political rights for the purpose of public health. During the SARS epidemic, David Fidler, Adjunct Senior Fellow for Cybersecurity and Global Health at the Council on Foreign Relations, stated that although isolation and quarantine measures are permitted under international human rights law, they must meet certain conditions. Stipulations include that quarantine must be non-discriminatory in its application, relate to public interests through its risk to public health, be necessary to protect the public, and is evidence-based. Quarantine becomes arbitrary detention according to Ford Liao, law professor at Academia Sinica in Taiwan, “when there is no doubt or legal reason a person is forced to be in a particular place and not allowed to apply for judicial review.”

Some have posited that the draconian measures of arbitrary detention in China have been highly effective in combating the spread of the virus, however the cost to human rights cannot be understated. There have been reports of disappearance and indefinitely quarantining of individuals after being critical of the Chinese government’s handling of the virus, suggesting unlawful arbitrary detentions. Furthermore, there have been several cases of countries who have successfully curbed the spread of the virus without resorting to draconian measures of arbitrary detention, suggesting that it is possible to successfully manage COVID-19 without the need to deviate from human rights.

Countries seeking to maintain public health should be aware of human rights concerns and ensure that any policies taken are human rights oriented in their approach and if not, should be aware of the international legal provisions for deviating from these rights. States have a responsibility to ensure right to health. Governments should further avoid coercive measures as they may create distrust towards the government and lead an individual to avoid screening and treatment, increasing the likelihood of the disease to spread. Furthermore, some public health and legal experts have expressed that coercive policies may disproportionately affect most at risk segments of society. The best way to ensure effective measures of containing the spread of the coronavirus are undoubtedly those which respect human rights. Without respect to human rights, countries run the risk of creating inefficient policies and furthering the risks posed to public health.

Leah Bordlee is from New Orleans, Louisiana and is an associate editor at the Journal of Diplomacy. She is also a first-year graduate student at the School of Diplomacy and International Relations at Seton Hall University. Her specializations are ‘International Law and Human Rights’ and  ‘Global Negotiation and Conflict Management.’ She received her Bachelors’s in Political Science from the University of New Orleans. During her undergraduate studies, she participated in Model United Nations for two years, participating in the national conference in NYC and an international conference in Xi’an, China. In 2018, she did research through a Tolmas Scholar Grant studying the impact of impartiality and neutrality on the humanitarian organization Medecins Sans Frontieres within conflict zones in the Middle East. She has also interned for the limited-profit School Food Solutions, doing work to help ensure schools around the country receive their federal funding to provide free and reduced lunches to children in need.