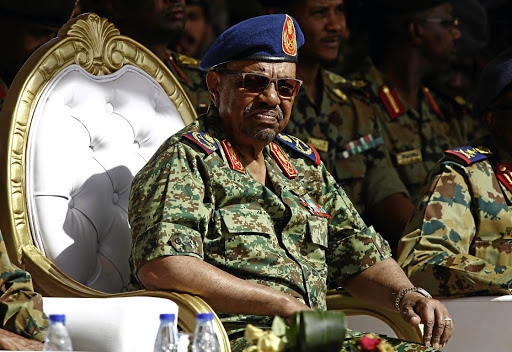 The Former President of Sudan, Omar al-Bashir, managed to seize control of the country’s government after his orchestration of a successful coup in the late twentieth century. Al-Bashir’s intransigent Islamic regime and militarily backed coup d’état enabled him to maintain control of the country for nearly 30 years. Now, with the new interim government’s complete remodeling of the nation’s political apparatus, they have decided that al-Bashir should appear before the International Criminal Court (ICC) for a long awaited trial.

The desire to depose al-Bashir’s government dates back to the day he seized control of the country in 1989. However, protests in 2019, as a result of worsening economic conditions, helped actualize the perennial desire to see al-Bashir and his government out of office. Initial protests began as a result of al-Bashir’s policies which led to the decline of the economy. Bread, medicine, and other basic commodities became too expensive for the average Sudanese citizen. Massive protests across the country mobilized millions of people against al-Bashir’s regime, forcing him to step down from his position. Following al-Bashir’s removal, and amidst waves of civil disobedience, the country established a rotational, sovereign council that seeks to govern the nation for a period of three years.

The new council, consisting of both military and civilian leaders, has primarily focused on strengthening the Sudanese economy and negotiating peace deals in different conflict areas throughout the country. Despite massive issues of inflation impeding any viable economic path forward for the new government,  the sovereign council has negotiated a preliminary peace deal with the Sudan People’s Liberation Movement-North (SPLM-N), a rebel group based in the Blue Nile and South Kordofan. Such peace deals have seen Sudan take the appropriate measures towards a more united country.

The goals of economic prosperity and comprehensive peace agreements, however, cannot be recognized as legitimate steps forward without the establishment of justice against the former autocratic leader. Reconcilement between minority groups and neglected populations who were persecuted under al-Bashir’s regime is critical for any hopes of progress. Omar al-Bashir’s legacy is permeated with corruption, economic degradation, religious persecution, and racial and ethnic violence. He is responsible for the country’s military campaign in Yemen alongside the Saudis, as well as the placement of Sudan on the US State Sponsors of Terrorism list, which has resulted in economic sanctions. Perhaps the most egregious crime committed by al-Bashir’s regime, which ultimately earned him an indictment from the ICC, was the genocide in Darfur.

Between March 2009 and July 2010, the ICC issued two arrest warrants against al-Bashir, charging him with war crimes, crimes against humanity, and genocide. This marked the first time the ICC requested the prosecution a sitting head of state. The case against al-Bashir was largely neglected by African leaders due to longstanding perceptions of the ICC as a court built for the purpose of indicting Africans. A few years later, in 2014, the case was suspended by the ICC due to the inaction of the United Nations Security Council (UNSC).

The announcement to hand over al-Bashir occurred following peace talks with rebel leaders in Juba, the capital of South Sudan. As mentioned previously, the peace talks between the sovereign council and the rebel leaders aim to put an end to the longstanding civil wars across the country. Ensuring al-Bashir appears before the ICC is significant for the Sudanese people not only as an indication of the interim government’s commitment to the institution of a fair legal system that is consistent with international law, but also as a method of stabilizing negotiations with rebel groups that have made al-Bashir’s arrest one of their primary demands. Sudan cannot achieve any substantive transition toward democratization and justice if this demand is not fulfilled. Victims of Darfur have maintained that al-Bashir’s prosecution by the ICC is the only thing that can bring peace to the region. The calls for unification in Sudan, therefore, cannot be accomplished if justice is not realized for the victims of the former regime’s violence. As Mohammed al-Ta’ashy, a member of the Sudanese sovereign council argued, “We cannot achieve justice unless we heal wounds with justice.”

Many have expressed concern regarding the likely political and security challenges that could arise from al-Bashir’s arrest. He still maintains his popularity among some military personnel due to his emergence as a leader from within their ranks. However, these potential ramifications should not act as a barrier to the peace deals that have been conducted thus far. Refusing to hand over al-Bashir as a result of this concern would put an end to any political or economic advancement for the country before it even begins.

If al-Bashir stands before the ICC, the lifting of U.S sanctions will likely follow. Moreover, as the interim government looks to revive Sudan’s debilitating economy, handing over al-Bashir could attract foreign aid that the country desperately needs. UN Secretary General Antonio Guterres has already called for the removal of Sudan from the US State Sponsors of Terrorism list and the mobilization of substantial international support as a solution to the country’s economic challenges. Sudan’s Prime Minister Abdalla Hamdok addressed the issue of sanctions to the UN General Assembly by stating, “It was the former regime that supported terrorism and the Sudanese people revolted against it. These sanctions have caused tremendous suffering to our people.”

The overwhelming majority of citizens in Sudan detest the former president and yearn for a future of freedom and economic prosperity. Removing al-Bashir from office signaled the possibility of a new Sudanese nation, therefore, ensuring he appears before the ICC will formally usher in a new era of civilian rule that has been long overdue.