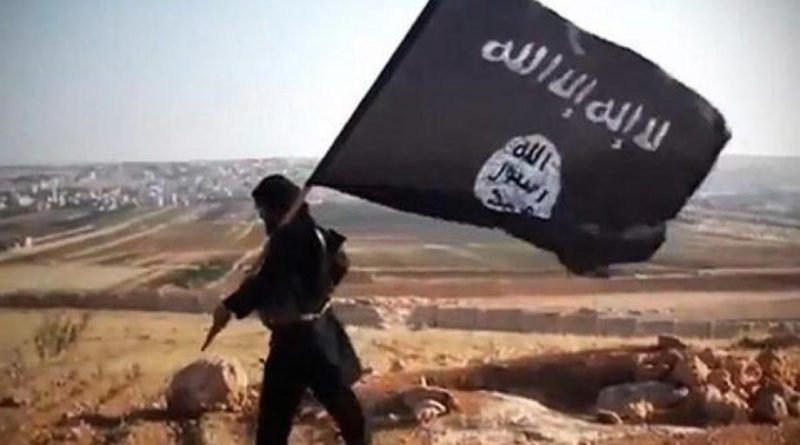 On October 26, after releasing the news on Twitter, United States President Donald Trump announced to the world that Abu Bakr al-Baghdadi, the former leader of ISIS and “the most wanted criminal in the world,” had been killed. The day before the announcement, US Special Forces raided a compound in northern Syria, chasing al-Baghdadi into a tunnel underground before he took his own life with a suicide vest. The current administration is trumpeting the death of the Islamic State leader, but how much does al-Baghdadi’s death matter? Moreover, how much of a threat to both US national security and international security is ISIS now?

Who Was Abu Bakr al-Baghdadi?

Al-Baghdadi, formerly known as Ibrahim Awad al-Samarrai, was born north of Baghdad, the Iraqi capital, near a town called Samarra. Growing up, al-Baghdadi followed the Salafi school of Sunni Islam, an ultra-conservative sect within Sunni Islam.

After the US invasion of Iraq in 2003, al-Baghdadi took up arms against the American coalition forces because he viewed what the Americans were doing to the local populations was terrible. In 2004, he was captured in a raid and transferred to Camp Bucca, where he began to become more doctrinaire with his teachings of Islam. This camp has become known as a “university” for future terrorist leaders, as prisoners in the camp met contacts and built networks while becoming radicalized, creating an incubation space for terrorism. Despite retrospective red flags, he was released from Camp Bucca because he was not recognized as a threat.

Abu Bakr al-Baghdadi would become the leader of al-Qaida in Iraq in 2010. This group, under al-Baghdadi’s leadership would expand to claim territory in both Syria and Iraq, thus creating the Islamic State. However, what brought attention to the cause of ISIS and to al-Baghdadi’s leadership was al-Baghdadi’s famous sermon of declaring the caliphate. Climbing to the pulpit of the famous al-Nuri mosque in Mosul, Iraq, al-Baghdadi broadcast to the world that a new Islamic caliphate, or an area ruled under a Muslim ruler, had been restored and that Muslims from all over the world should join their fight against “the enemies of God”.

Since that declaration, the Islamic State has claimed responsibility for or directly carried out numerous international terrorist attacks, including the 2015 attacks in Paris, the mass shooting at Pulse Nightclub in Orlando, and other attacks, some involving vehicles driven into crowds of people in cities or suicide bombings.

Is the Islamic State Still a Threat?

Studies have shown that the targeting of leaders of terrorist organizations, or “leadership decapitation,” is counterproductive to counterterrorism efforts. Due to the nature of terrorist organizations, when a leader is killed, individuals still have their primary directive: to carry out personal jihad for their cause. Individuals and small groups can learn any sort of information that they may need at the click of a mouse; from building bombs to organizing target selection, the internet has become a terrorist’s chosen method of communication.

President Trump’s rhetoric that he used during his announcement of al-Baghdadi’s death is also worrisome due to its inflammatory nature. Labeling al-Baghdadi as a “dog” and a “coward,” the words that President Trump used could contribute to a sense of “otherness” that could lead some Muslims to radicalize.  An individual who feels out of place in his home may hear these terms used to describe not only a terrorist leader, but also a Muslim, and feel that a state leader is targeting their religion, and themselves by extension. Vulnerable individuals like this are key targets for ISIS recruitment. Combine this tactic with the means to distribute information, objectives, and tactics through the internet, and you’re left with a homegrown radicalized terrorist in the West.

On an international level, the recent Turkish incursion against the Syrian Kurds has added fuel to the ISIS fire. Within Syria, Kurdish-guarded camps and prisons held hundreds of ISIS supporters, fighters, and family members that have now escaped and are on the loose. Due to the unpredictable nature of lone-wolf terrorists or small groups, it is difficult to predict future ISIS actions. However, if history repeats itself, the ISIS escapees may try to attack local villages to restore some means of control over territory. Additionally, radical groups in both South Asia and Africa have aligned themselves with ISIS, creating a global network for ISIS attacks. However, their success will be dependent on the new leadership that ISIS provides.

Furthermore, a majority of the escapees are foreign fighters, or individuals that left their home country to fight for ISIS. This poses a significant risk to international security. While these individuals might be on their home country’s no-fly lists, unless these single targets are brought to the attention of government organizations, they may slip through the cracks and return to their homes to carry out attacks. Since 2014, ISIS has inspired homegrown terrorists or lone-wolf operatives to carry out numerous attacks in the United States, Canada, France, Spain, and other Western countries.

The ISIS threat remains prevalent with no sign of waning. Despite the claims of President Trump, al-Baghdadi’s death has not had the desired effect of ending the Islamic State. While these fighters may not be as organized as they previously had been, they maintain the ability to inspire terror internationally. Additionally, the lack of central organization will allow for further unpredictability, adding to the already serious threat of ISIS.  The death of a single leader does not extinguish a terrorist group. Much like the Hydra of Greek mythology, one head may be cut off, but two more will grow in its place.

Michael Dombrowski is the Deputy Editor-in-Chief of the Journal of Diplomacy and International Relations. He is a first-year graduate student at the School of Diplomacy and International Relations at Seton Hall University, specializing in international security and foreign policy analysis. He is also the recipient of the Krawiec Graduate Fellowship. Outside of academics, Michael also plays rugby for the Union County Mudturtles and is an assistant coach for the Seton Hall men’s rugby team.

One thought on “The ISIS Hydra: The Implications of the Death of Abu Bakr al-Baghdadi”