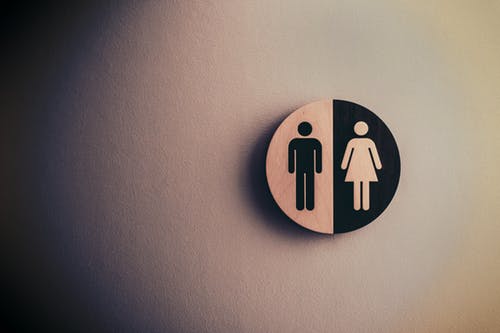 A wealth of research has indicated that achieving gender equality can add 12 trillion USD to the global economy and establish healthier, more educated societies. This knowledge is beginning to be embraced by world leaders domestically and internationally after centuries of slow-moving progress. France’s 2019 presidency over the G7 has put elimination of gender inequality at the top of the G7’s priority list, Prime Minister Justin Trudeau of Canada recently announced an annual $1.4 billion investment in girls and women, and countless civil society organizations have launched protests demanding equal pay and continued reproductive rights. The global momentum surrounding gender equality is monumental and encouraging. However, we are threatened by a potential climate change-induced mass extinction due to and global leaders are not doing enough to put women at the center of the solution to our climate emergency.

Failure to ensure gender equality limits progress against climate disaster as women do not have equitable access to key resources, education, and financing. Women hold less than 20% of the world’s agricultural land, despite evidence that women are more likely to practice sustainable farming within their communities, plant regional, traditional crops, and generally be better stewards of land than men. Access to land rights for women is critical for entire communities to flourish now and for subsequent generations. When women have equitable access to land, communities are generally healthier, generate more income, and can send more children to school. Women who own land and can generate their own profit are statistically more likely to invest their income in their children’s education – one of the most critical components of combatting the effects of climate change.

When girls attend school at the same rate as boys, the positive effects for her community and society at large are greatly compounded. According to a comprehensive study by Drawdown, not only are educated girls more likely to marry later, have healthier children, and make more money, but they are also more likely to be armed with the tools to face extreme weather events and evolving weather patterns. Drawdown’s study indicated that educating girls is one of the most cost-effective and high-impact means for countries to combat the effects of climate change.

However, globally, 130 million girls are not able to attend school. The reasons range from prioritization of boys’ education by parents, societal expectations that prevent girls from attending or continuing education (i.e. marriage, household responsibilities), stigmas against menstruating or pregnant girls, to commuting to school being too dangerous to do alone or without a chaperone. These are cultural and infrastructural barriers that are not easily overcome – however it is the duty of world and community leaders to begin to turn the tide against these hurdles if we are to survive rapidly advancing climate change.

While girls’ and women’s land rights and education are pivotal steps towards mitigating climate change’s progression, it is critical that leaders recognize the cross-cutting nature of gender equality. Without sexual and reproductive health and rights, girls and women lose out on opportunities for self-empowerment through education and employment as they lose the ability to map out their lives. Without equal pay, girls and women cannot invest in their time and money into sustainable practices, products, and the creation of solutions. Without gender-disaggregated data, the world can never truly know what opportunities for growth and progress they are missing by excluding half of the world’s population. Failure to recognize the invaluable contribution of girls and women’s in all aspects of financial, educational, and social growth will continue to stagnate progress on climate change. While Emmanuel Macron and Justin Trudeau are beginning to pave the way for world leaders, a wider swath of heads-of-state must begin to step forward in the gender equality arena.

In the face of a climate emergency, girls and women are pivotal to our success in overcoming a seemingly insurmountable existential crisis. While the women’s rights movement has been globally mainstreamed, recognition of gender equality’s contributions towards mitigating the effects of climate disaster have fallen under the radar. Gender equality and climate change are not issues that can be put on tomorrow’s agenda. Gender equality and climate change mitigation go hand-in-hand with one another and must be put at the top of today’s agenda. With so much momentum surrounding the gender equality movement, we have a short window of opportunity to embrace the two defining issues of our time to avoid collective peril.