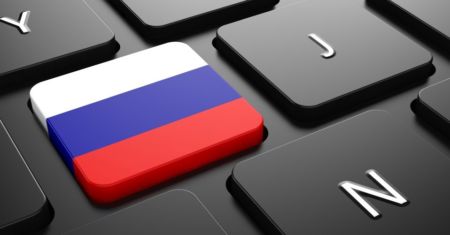 Last week, the threat to freedom of expression, information, and privacy in Russia intensified further as the lower house of the Russian Parliament, the Duma, held its first hearing on a draft law designed to create a “sovereign internet.” On February 12, the Digital Economy National Program draft proposal was passed in the Duma after its first of three readings. According to the legislation’s drafters, the amendment seeks to protect Russia from foreign cyberattacks by creating a “sovereign internet.” They describe the proposal as a response to last year’s “aggressive” U.S. national cybersecurity strategy. So, what exactly does the draft legislation propose, and why are its contents so dangerous?

Concerned with the sovereignty of Runet, the Russian Internet, the legislation would require Russia’s internet service providers (ISPs) to have the “technical means” to disconnect Runet from the global internet. In calling for the creation of a domestic Domain Name System (DNS), the mandate seeks to ensure that the Runet could operate independently from the global internet. In the event of a foreign cyberattack, Russian ISPs would have to reroute all internet traffic to exchange points controlled by Roskomnadzor, Russia’s telecommunications and media regulator. The proposal would put Russia on the path to achieving its 2020 goal of having 95% of its domestic internet traffic routed through national servers, with only 5% running through foreign servers.

However, this legislation is less concerned with protecting Russia from foreign cyberattacks and more concerned with crushing internal political discontent and dissent. Sergei Ivanov, of the nationalist Liberal Democratic Party, expressed this danger: “It has nothing to do with protecting the Russian internet from being shut off from abroad…You know how the Chinese internet works – there is a list of banned websites that you can’t access from China and a list of key words you can’t search for. This is what you want?” Ivanov points out what the true intention of the legislation is, mainly to restrict internet access and access to information within Russia. This draft proposal represents a direct threat to Russian citizens’ freedom of expression and access to information.

The United States cannot let these measures go unaddressed and allow Russia to continue down a dangerous path of suppression and silencing. The Internet “Iron Curtain” is extremely close to becoming a reality, which is dangerous for three reasons: 1) It is part of a larger pattern of domestic suppression in Russia; 2) It silences important voices of opposition in Russia; 3) It undermines U.S. commitments to Internet Freedom.

The latest draft legislation is not the start of the Kremlin’s attempt to control the internet; it is one of the last steps to finalizing that control. This draft is the latest action in a dangerous pattern of repression and control. Russia’s proposal is in violation of numerous international treaties and Russia’s constitution; it underscores the disregard for international law that defines Putin’s regime. In the last six years, the Kremlin has shifted its focus towards the internet and social media. This shift has occurred as “independent debate now takes place online, especially through social media.” Under Putin, Russia has increased its online repression as authorities have prosecuted people for social media posts, blocked IP addresses, and restricted online anonymity. Last April, the Kremlin blocked Telegram, an extremely popular communication platform with nearly 10 million Russia users. Thus, the draft legislation is just the latest action in a dangerous pattern of repression and control.

The proposed legislation gives Russia nearly complete control over the flow of web traffic. If the Kremlin is able to define what constitutes a threat, then it can easily utilize this legislation to impose arbitrary control over the internet at will. This level of isolation would allow the Kremlin to stifle dissent by discouraging open and free expression online. The less access the Russian people have to the global web of ideas, the more control the Kremlin has over the narratives they receive, as evidenced by Russia’s invasion of Crimea. Since Russia’s invasion of Crimea in 2014, the Kremlin has silenced criticism of its policy, targeting critics, “for harassment, intimidation, and, in some cases, trumped-up criminal charges.” Opposition voices are important counterweights to Russia’s increasingly aggressive policies, and the internet provides an essential forum for their expression. The possibility that these voices will be silenced further is a serious threat, as it allows the Putin regime to continue to violate both domestic and international law without intense criticism.

In The Cyber Threat and Globalization: The Impact on U.S. National and International Security, Jack Jarmon and Pano Yannakogeorgos argue, “taking worldwide Internet use out of national contexts to create a one-size-fits-all model is a flawed approach.” Jarmon and Yannakogeorgos’s criticism was launched at the United States’ Internet Freedom Agenda. The Internet Freedom Agenda is a State Department strategy, dating back to 2008, which seeks to, “advance Internet freedom through bilateral and multilateral engagement, partnership with civil society and the private sector, and foreign assistance programming efforts.” Jarmon and Yannakogeorgos note that the policy has faced opposition from both American allies and competitors. They fail to recognize the distinction between our European allies’ opposition and opposition from nondemocratic regimes, like Russia. Restricting internet access based on hate speech is entirely different from restricting internet access in order to silence opposition voices under the guise of national security. Russia views the policy as “part of an effort of regime change.” The Internet Freedom Agenda demonstrates the connection between national sovereignty and internet sovereignty. Russia, however, is co-opting the threat to national security and utilizing the mantle of internet sovereignty to silence and suppress domestic discontent.

In Nothing Is True and Everything Is Possible, Peter Pomerantsev depicts the Putin regime’s control over narratives: “Instead of simply oppressing opposition… it climbs inside all ideologies and movements, exploiting them and rendering them absurd.” If a new “Iron Curtain” falls over the Internet, there will be no limit to the Kremlin’s ability to climb inside all ideologies and control narratives. As a nation that embraces and extolls the value of free speech, the United States cannot neglect these developments in Russia.

Katherine Landes is a second-year M.A. candidate at Seton Hall University’s School of Diplomacy and International Relations. She specializes n Foreign Policy Analysis and Global Negotiation and Conflict Management. She currently serves as a Senior Editor to of the Journal.