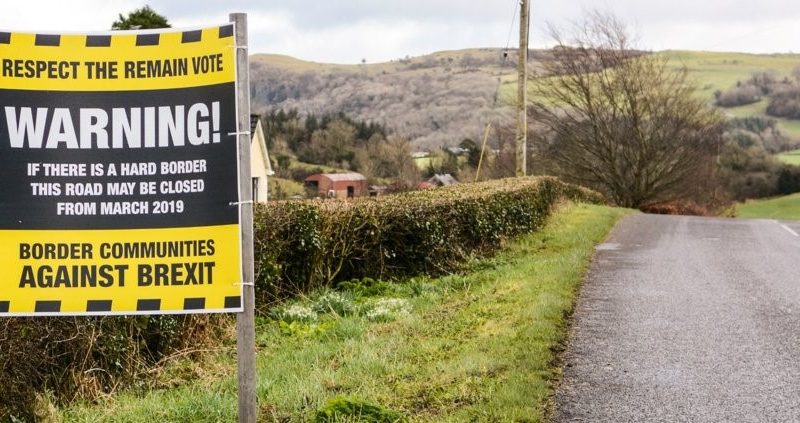 As the United Kingdom grapples with the terms of its departure from the European Union, the border between Northern Ireland and the Republic of Ireland has become its most conflictual issue thus far. The Northern Ireland border is set to become the EU’s backdoor upon the UK’s departure, sparking concerns from European officials. Officials from the UK, Ireland, the EU, and Northern Ireland have all stated their support for a “soft border,” but the parties cannot come to a consensus on how to achieve this without violating international agreements and international law.

After a tumultuous history riddled with violence, split families, and heartbreak, the issues surrounding Northern Ireland’s border were seemingly solved with the Good Friday Agreement in 1998. Prior to the agreement, a hard border existed between the UK’s territory in Northern Ireland and the Republic of Ireland in the south. The border became a symbol of tragedy and violence for both sides of the boundary, with nearly every family in the region having been affected by the violence the division caused or having known someone who had been affected.

The Good Friday Agreement’s provision for a soft border was integral to the development of the peace process in Northern Ireland. Upon its implementation, it was presumed that a soft border would always be maintained, thus removing a major source of conflict and easing the worries of Northern Ireland’s residents. The soft border has had economic and social benefits by allowing people to cross the border daily for work, medical care, and to see their families.

The peace process in Northern Ireland has been exactly that: a process. It has been hard won with opposing communities who once despised one another having to reconcile their losses and heal together. Unionists and nationalists alike have made a huge undertaking to ensure peace has been maintained in the region. However, Brexit politics threatens to undo their hard work and unearth psychological traumas which have a very shallow grave.

As Northern Ireland’s pro-Brexit parties and the UK negotiate the terms of the Northern Ireland border with the Republic of Ireland on behalf of the EU, it seems that they unwilling to concede on possibilities which would permit them to maintain their soft border. The Democratic Unionist Party (DUP) has insisted that the border remain soft, while also rejecting all EU propositions to do so without violating international law. The EU’s most feasible proposition has been to allow Northern Ireland to remain in the customs and trade union in order to keep the border as is. However, pro-Brexit DUP representatives have staunchly resisted this, stating that the UK’s exit from the customs union is an integral part of its departure.

The UK and pro-Brexit parties in Northern Ireland appear to have an overestimated view of what they can accomplish in these negotiations. Their unwillingness to concede to maintain the desired border does not reflect the importance of the psychology surrounding the issue. If pro-Brexit and UK negotiators continue hardline bargaining, they stand to be the source of renewed conflict in the region with a hard border being forced upon them by the EU.

Northern Ireland’s peace process is only 20 years-old and as such, the border is still part of living memory. The border that may ultimately be the most important in these negotiations is the symbolic border the residents of Ireland have created in their minds. Without taking into consideration the trauma associated with a hard border, pro-Brexit negotiators threaten their own stability in the region by staunchly remaining in their ideals.