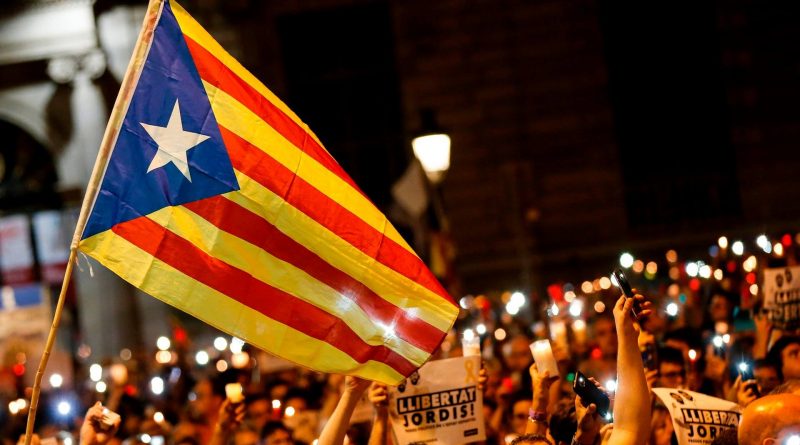 Truth and Justice in Catalonia

Among the bustle of echoed chanting and waving flags, Spanish citizens sought a united Spain; meanwhile, Catalans also protested, deprived of their right to pursue justice and truth from the Spanish Civil War. Recently, Spain’s central government has issued a declaration of suspended autonomy in Catalonia after the regional parliament voted a declaration of independence made by Catalonia’s leader, Mr. Carles Puidemont. The hidden roots of Spain’s past have come back to the surface. Although the recent events seen in Spain may seem localized and unique, on the contrary, there are some commonalities with events in other regions. The common theme, an underlying tension from war and conflict left unaddressed. Recent events illustrate that societies should reconsider the impact of addressing past tensions after a civil war, genocide, and other forms of conflict, and if not, similar conflicts, such as the one seen in Spain could be a common occurrence.

With a population of more than 7.5 million and an independent language, parliament, and identity, the Catalan nationalists state that the central government of Spain has undermined its identity along with the role and value they play in Spain’s economy. They claim a lack of equity in Spanish governance in proportion to the value of their region to the state. Now that Spain’s chief has called for charges against the “rebellion” the government is quickly moving to protect its sovereignty. while the Spanish state assumes this conflictual stance, its failing to consider an essential point, justice and truth.

Martha Minow, author of Between Vengeance and Forgiveness: Facing History After Genocide and Mass Violence, states “many countries not dealing with the past, because the past is still with them.”[1] Recent events only bolster Minow’s claim, the fact Spain has yet to address the tensions seen within its borders since its civil war has lead us to this standoff.[2]

After her investigations in Eastern Europe and Latin America, Journalist Tina Rosenberg reflected on these underlying tensions stating, “nations, like individuals, need to face up to and understand traumatic past events before they can put them aside and move on to normal life.” Milan Kundera, Czech-French Writer, too mentioned, “the struggle against power is the struggle of memory against forgetting…Dirty fragments the past constantly resurface and are used, often dirtily, in current political disputes.[3]

The Spanish Civil War left clear lines of division between left, right, and all parties in-between. In order to transition the Spanish government into a new regime, the Post-Franco establishment prevented victims from seeking justice, which included trials or any form of reconciliation. This disregard toward the suppressed and disfranchised, especially in the case of the Catalonia, in exchange for political expediency, should be recognized and readdressed.

The central government currently seeks to hold elections for Catalonia in December. During the referendum, 43% of potential voters voted and 90% voted toward independence, this seems to imply there is somewhat of a clear consensus among citizens unsatisfied with recent governance, or are alienated from the political process.

The upcoming election is significant for a number of reasons. Not only does Spain’s establishment fear the damage of secession of Catalonia could do to its identity and fiscal budget, but also other actors like the EU and it’s member states dear the implications of their own secessionist movements. This fear may create a domino effect, actually increasing the likelihood of secessionist movements. The path forward will not be easy, in the case of Catalonia, observing and recognizing the justice that needs to be served will be a painful process both for Spain and the EU. One can certainly argue the EU face a loss of legitimacy if Catalonia would secede from Spain or if the conflict intensifies under the auspices of the grand project of liberal integration.

Is the current strategy the Spanish government is employing effective? By seeking greater political power and centralization is it saving the integrity of the Spanish state or dooming it? Let us not forget the nationalist wave sweeping much of the world, nationalism can be a useful tool for the state but can be uncontrollable. The UK’s Brexit decision, illustrates how the forces of nationalism can force the hand of the political establishment to do things it doesn’t want. Although strength and sovereignty may seem overwhelmingly beneficial to the identity of a state, Spain, with its heavy-handed tactics may generate both more Spanish nationalism and more Catalan nationalism, two forces that may be irreconcilable.

Spain should address the issues around the civil war and the atrocities committed by the Franco government moving forward. Without addressing these issues, Catalonia will continue to identify itself as an independent state, and the likeliness of further conflict will only increase. Given the recent protests, it is clear Catalan citizens have not forgotten the injustices and the indignities they have suffered, the Spanish State should understand that and how such perceptions color its actions.